The photos here displayed are evidence of a “close encounter” between forces of the United States Navy and Unidentified Flying Objects on the “edge” of the Arctic Ocean in March, 1971. There images listed here below are full Page Scans from “Top Secret Magazine”. Below, you can find the original scans, thanks to Reddit user SquizCat. 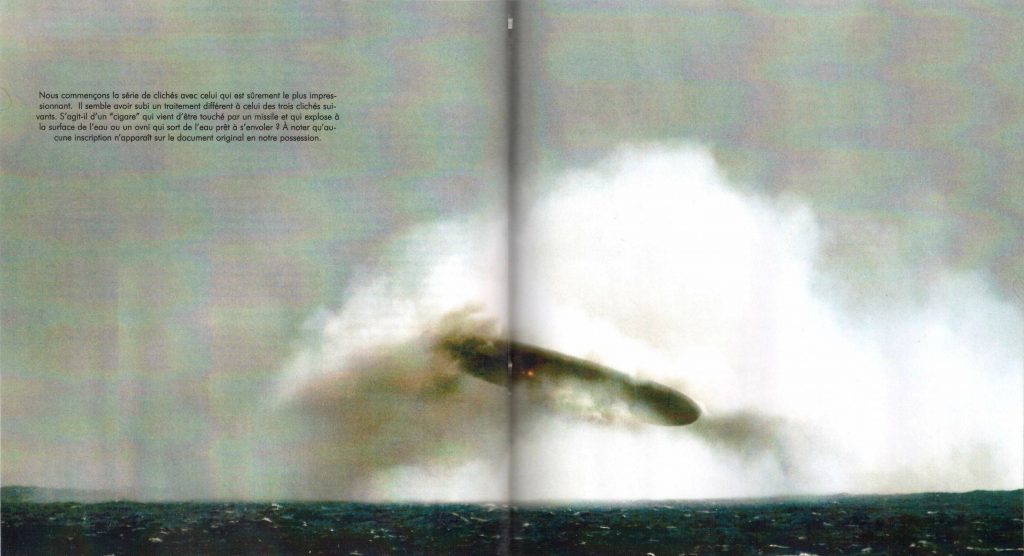 We begin this series of photos with the one that is surely the most impressive. It seems to have undergone a different treatment (?) than that of the next three photos. Is it a “cigar” that has been hit by a missile and is exploding at the surface of the water or a UFO that is coming out of the water and ready to fly? Note that no inscription appears on the original document in our possession. 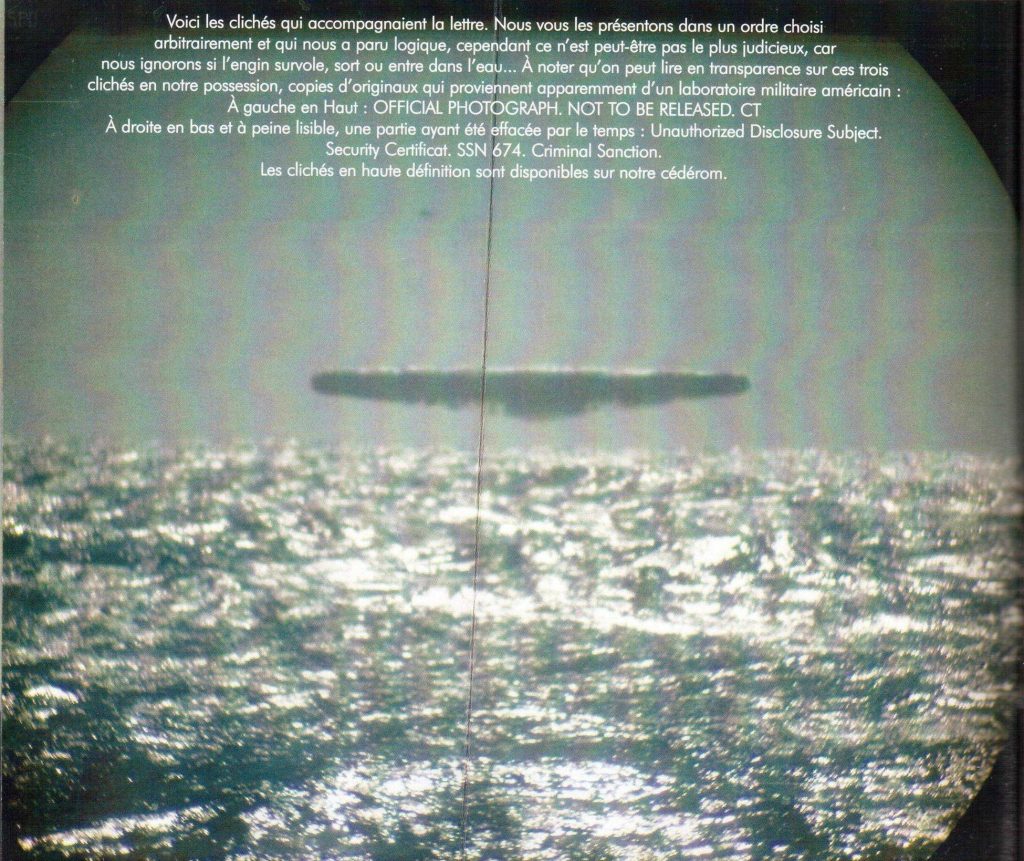 Here are the photos that came with the letter. We present them in an arbitrary order that seemed logical, however it is maybe not the most sensible since we don’t know if it the craft is flying, going out of or going into the water…It is worth mentioning that one can read in transparency on three of the photos in our possession, copies of the originals that apparently came from an American military laboratory: On the left on top: OFFICIAL PHOTOGRAPH. NOT TO BE REALEASED. CT On the right at the bottom and hardly legible, a part of it having been erased because of time: Unauthorized Disclosure Subject. Security Certificat. SSN 674. Criminal Sanction. High definition photos are available on our CDR 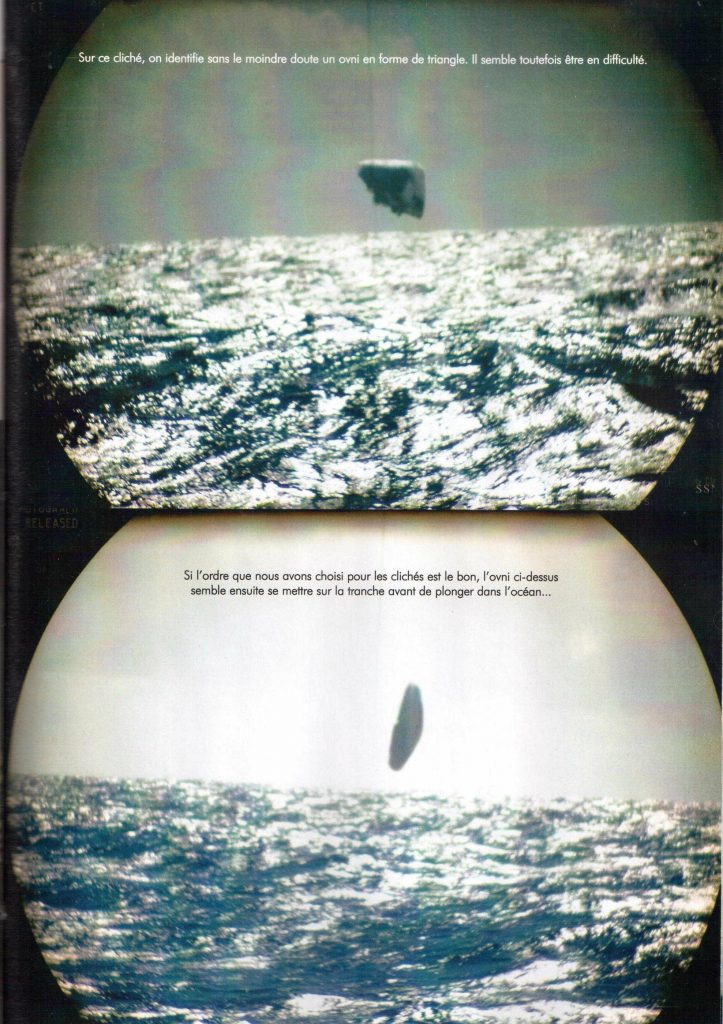 (Top) On this photo, we identify without a doubt a triangular-shaped UFO. It seems to be in trouble. (Bottom) If the order that we have chosen for these pictures is correct, the UFO here seems to now go sideways before plunging into the ocean… 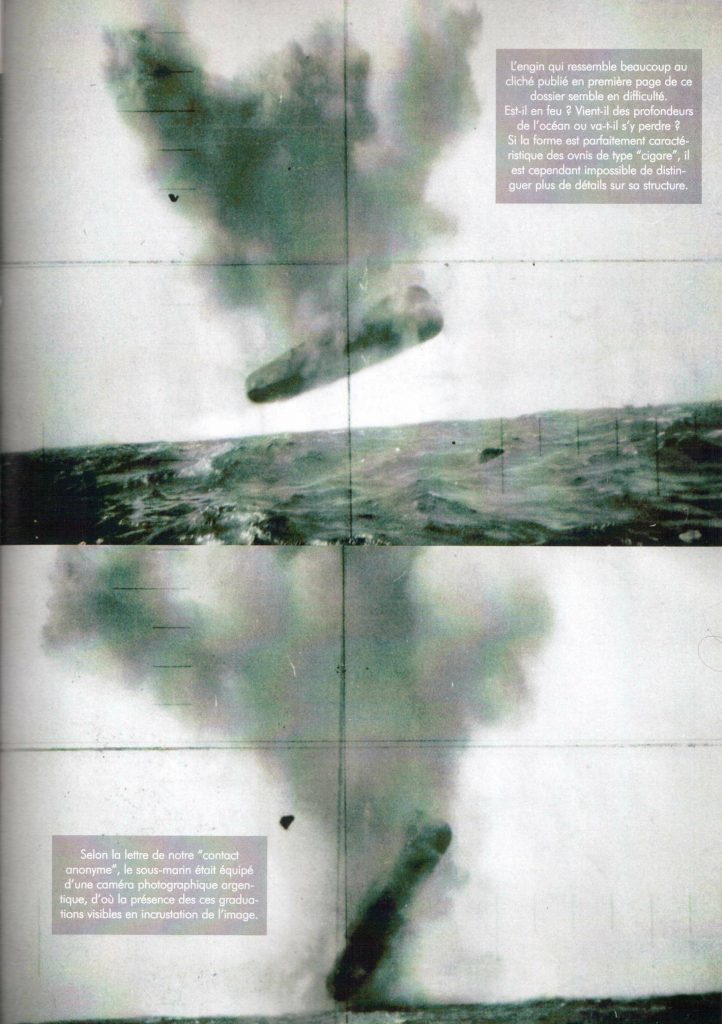 (Top) The craft, which looks a lot like the one in the first picture, seems to be in trouble. Is it on fire? Does it come from the depths of the ocean or is it headed there? Despite the fact that its form perfectly resembles the typical “cigar” shape of UFOs, it is still impossible to distinguish more details of its structure. (Bottom) According to the letter from our “anonymous contact”, the submarine was equipped with an analog camera, thus explaining the image overlay (or double exposure?) of the visible graduations (I’m assuming they’re talking about the double crosshairs.) 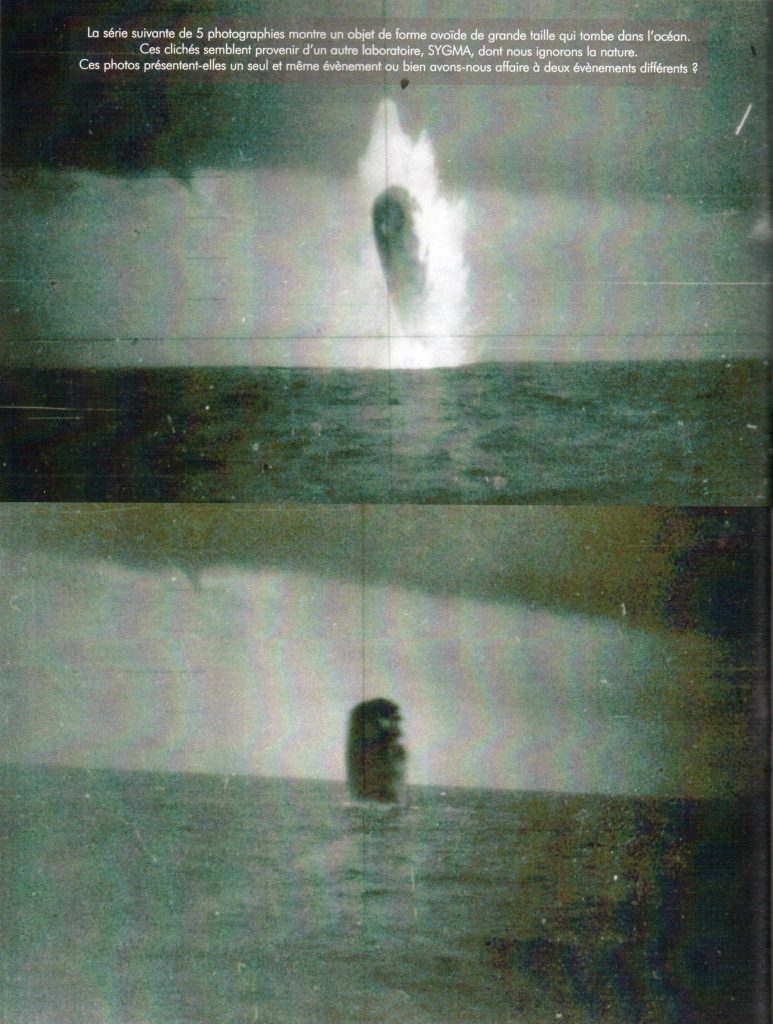 The next five photos show an egg-shaped object of large dimension that falls into the ocean. These pictures seem to come from another laboratory, SYGMA, about which we know nothing. Do these photos present a single and same event or are we dealing with two different events? 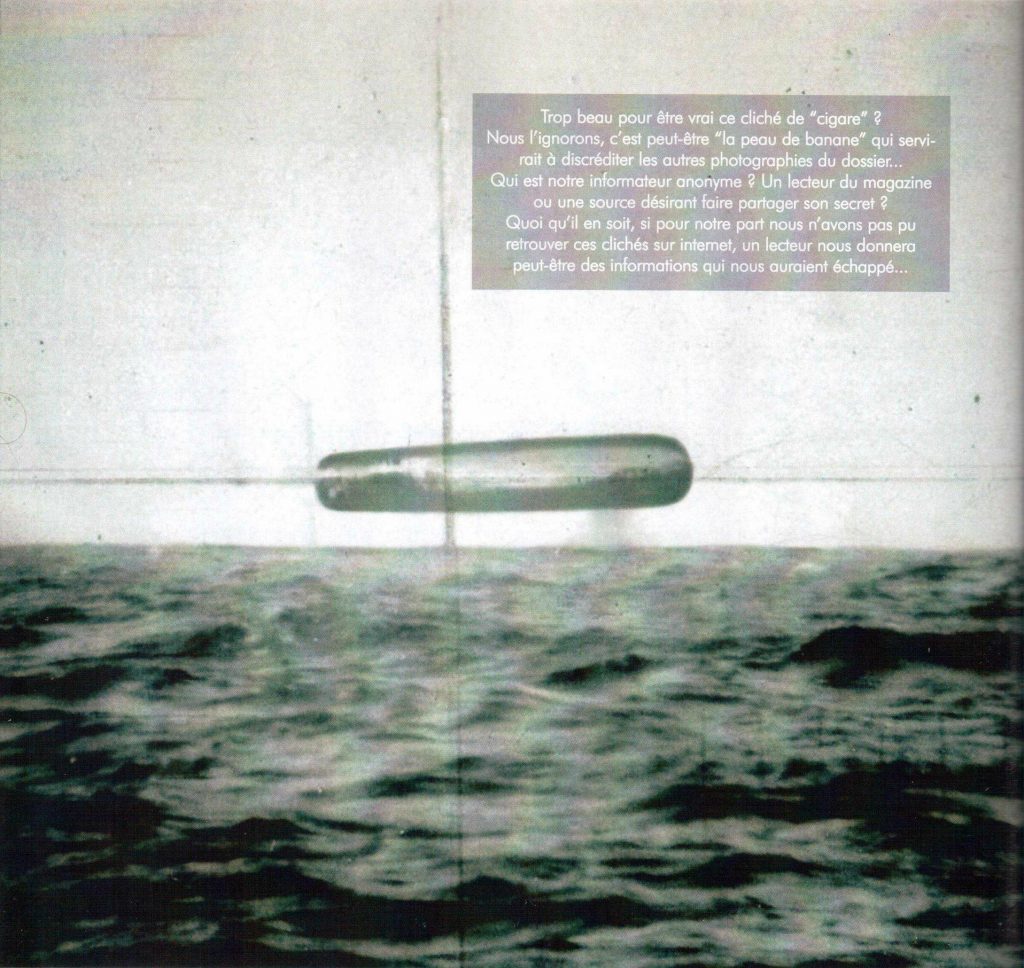 oo beautiful to be real, this “cigar” photo? We don’t know, it might be the “banana peel” that would be used to discredit the other pictures of the dossier…Who was our anonymous informer? A reader of the magazine or a source wanting to share their secret? In any event, if we haven’t been able to find these photos on the internet, maybe a reader will give us some information that has evaded us…
Ancient-Code