How Hemp Cleans Up Nuclear Radiation And Toxic Soil 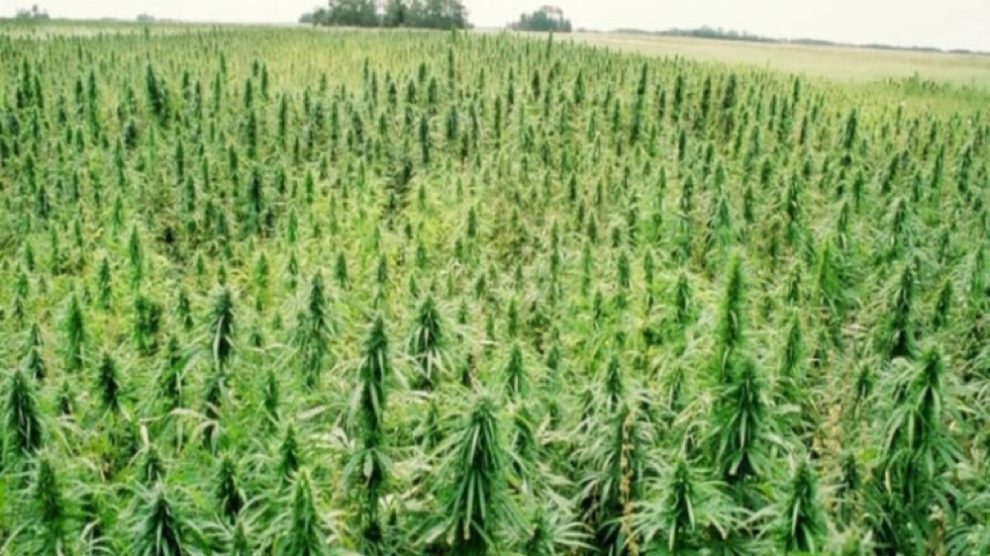 Europe’s largest steel mill is in the city of Taranto in southern Italy. In its heyday, the ILVA steel plant produced more than 10 million tons of steel every year—about 40 percent of all the steel made in Italy—and it currently employs about 12,000 people.
This is no small deal in an area where unemployment is north of 20 percent; indeed, the local economy of Taranto, population 200,000, is almost entirely dependent on the steel mill—which is also one of the biggest and most deadly polluters of anywhere in the Mediterranean.
The plant is a notorious source of dioxin, and dust from the plant is believed to be the reason why Taranto has a lung cancer rate 30 percent higher than the national average. It’s so toxic that farmers have been forbidden from raising livestock within a 20-kilometer radius of the plant; in 2008, the government ordered the slaughter of thousands of sheep and other animals that were found to have excessively high levels of dioxin.
The mill is also debatably hurting the local economy; the area has a mix of nice beaches and pastoral farmland that would make it attractive to tourists, if it weren’t for the deadly steel mill.
What to do about this?
The mill is currently under government control, after saga straight out of John Grisham: Health officials ordered the mill partially shut down, a move blocked by government authorities; police partially occupied the plant as part of a criminal investigation, and its owners were ultimately arrested and jailed for committing “environmental disaster,” a serious crime in Italy. Meanwhile, the steel mill is still open, though producing much less steel (and hopefully less cancer).
But for the farmers who raised sheep and made ricotta cheese for generations in the area where the steel mill was built in the 1960s, the factory may as well be going full-blast.
Vincenzo Fornaro’s farm is less than a mile from the steel mill. His entire stash of 600 sheep had to be killed over a decade ago, and he’s since been forbidden from raising livestock or crops for food. So instead, as CBS News reported, he’s growing weed—not to smoke or to sell, but to pull the steel mill’s toxins out of his soil.
Fornaro has planted massive stands of industrial hemp on his farm. He’s employing a tactic called “phytoremediation,” in which plants are used to remove heavy metals, radioactive material and other bad stuff from the earth.
Industrial hemp has been used to clean up deadly pollutants before, perhaps most famously near the site of the deadly nuclear meltdown at Chernobyl in what is now Ukraine (and where, it should not go unstated, thousands of people are still at work at the power station, which produces six percent of the nation’s electricity). In the mid-1990s, a company called Phytotech worked with researchers and a Ukraine-based seed bank to plant thousands of hemp plants in and around Chernobyl.
Phytoremediation is relatively new—somewhat amazing to consider, as plants are not exactly a new innovation.
But considering there are tens of thousands of polluted sites across the United States in need of cleanup before they can be used for housing or anything else—including military bases, power stations and industrial sites—and billions are spent each year in efforts to clean up toxic soil, the time for phytoremediation is here.
According to researchers from Colorado State University, hemp is extremely effective in removing from soils the toxic element cadmium—which is convenient, because cadmium contamination is everywhere. It’s seen in fossil fuels, old-school pesticides and many other byproducts of human civilization.
Read More

Posts : 13
Join date : 2017-03-28
The paradox is that shiitake mushrooms (Lentinula edodes) are major accumulators of 137cesium, and most of Jaba's prisoners have not seen the photo of chigaya grass penetrating the water hoses at Fukushima. Chigaya grass (Imperata spp.) is used (ironically), as a diuretic in Japan and in Brazil.

Posts : 13
Join date : 2017-03-28
We replied to the salmon thread in connection to kuru and wasting disease in deer, though we do not see it in that thread. Cortisol links to both kuru and salmon, and we are aware that new members cannot post URLs for seven days. NHK World has a page that show a graph for Fukushima extending to the year 2035. Cortisol secretion in salmon is a signaling strategy of this fish, and when Gajdusek took the photo of Yakurimba having difficulty in keeping balanced due to kuru, Gajdusek hesitated in giving him a shot of cortisol. Morning cortisol is a different critter than evening cortisol. Denver industrial pollution is linked to chronic wasting disease in Colorado deer, and crows can vector prions.