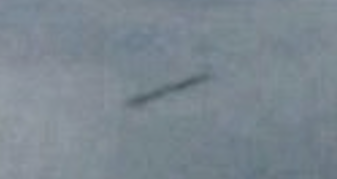 A very interesting MUFON case came in this week. About a UFO seen over the bay and during a lightning storm. The UFO was causing the lightning so it could recharge from it.
Scott C. Waring

Eyewitness states:
I was watching a fairly intense lightning storm roll into the mouth of the bay off the Atlantic,” the witness stated. “We were waiting for our bar-b-q to finish and I began to film the storm hoping to get some good footage of the lightning as I waited.The storm was still a good 20 minutes away, but the lightning was going straight down into the water almost everytime and I continued to film for about two minutes.

I put my camera away,ate supper as the storm passed overhead, and thought nothing more of it until two or three days later when I was going through the video.I watched it normally and saw nothing, got to the end and hit pause during one of the lightning strikes.Took a screenshot for Facebook and continued to scroll backwards very slowly going from lightning strike to lightning strike and taking screenshots.

As I got to the very first seconds of the video, during the double lightning bolt and bang, I could see a disc-like object the size of a semi-trailer flying out of the bay on an angle at an unimaginable speed across the sky through the double flash and up into the clouds with a bang and whirly wind tunnel echo sound.

But with determination and brain surgeon fingers, I was able to get screenshots of it within that second.I have some unbelievable video and even more unbelievable pictures.I’ve spent almost eight months seeking help and getting nowhere. I pray you people take me seriously and show interest because this is real. 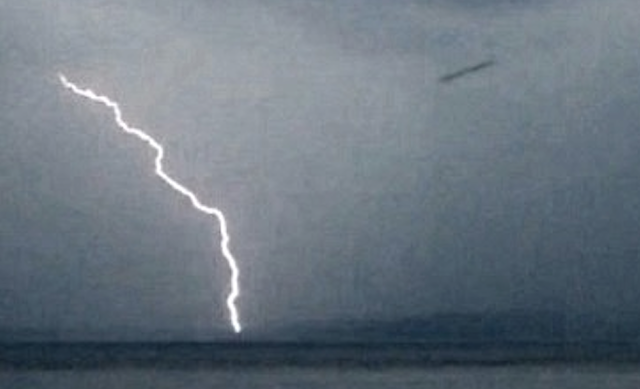 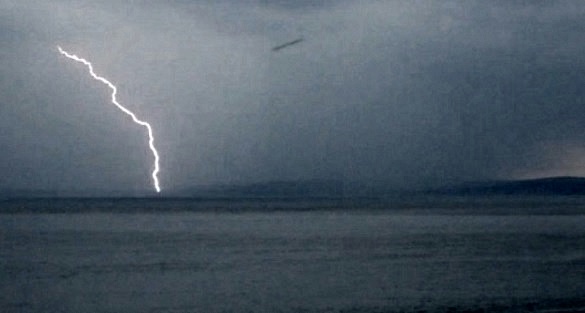 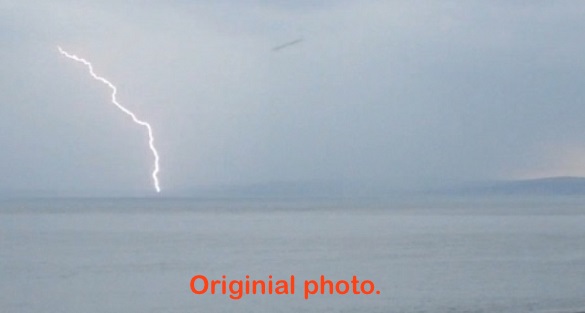 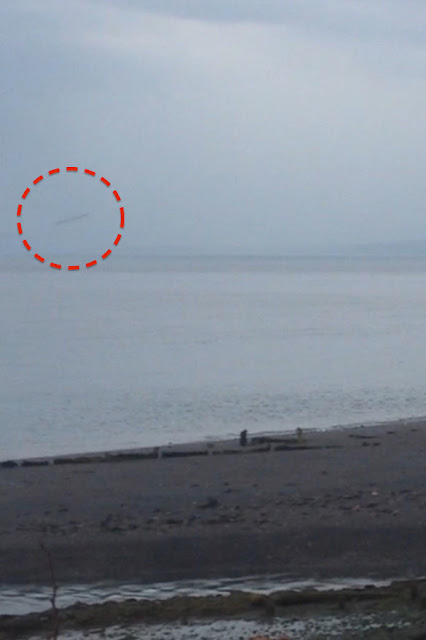 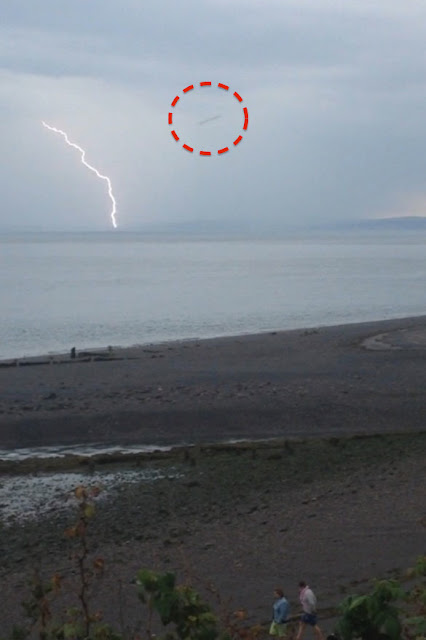 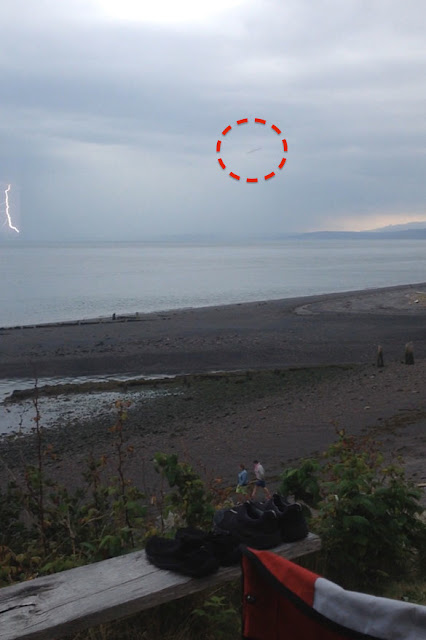 Published on Mar 18, 2017
I shot this night vision video from my backyard in the Summerlin area of Las Vegas, Nevada on the night of March 17, 2017.

This is the night vision version of the same video I published last night. When possible I always try to film an event using both cameras. It was too late to try and get this published last night. The large bright lights are passenger planes on final approach to McCarran International Airport. The flashing objects going left and right are likely tourist helicopters going up and down the Las Vegas Strip. They are most likely between 15 and 16 miles away from where this event took place. 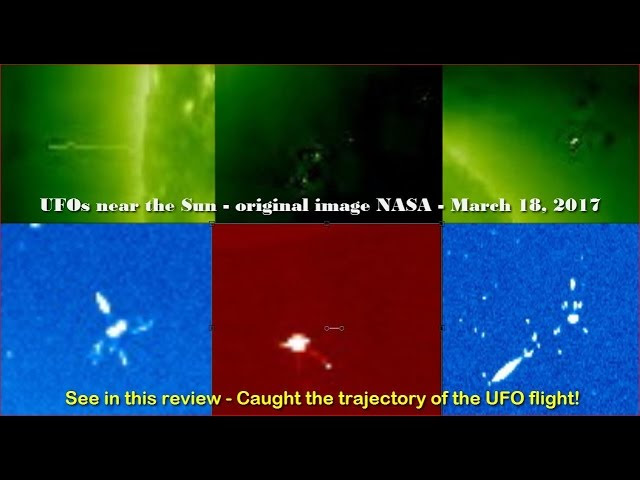 Published on Mar 18, 2017
See in this review - Caught the trajectory of the UFO flight! UFOs near the Sun - original image NASA - March 18, 2017 Any of you can help this channel to acquire a large telescope and the opening of direct online access to space to anyone who wishes without interference from the government and scientists:

Regional media have reported an upsurge in sightings and odd events in the part of the country known for its mysterious happenings, legends and crop circles - of course allegedly caused by alien visitors.

Somerset Live reports that there have been two UFO sightings just weeks after claims an alien being was seen in country town Yeovil, in Somerset.

The website said: "In December we had an alien spotted wearing a Stetson Hat near Yeovil College.

A witness reported to the UFO Stalker website seeing a UFO in the sky above Lysander Road and the A3088 in Yeovil on March 4.

In a report to UFO Stalker, the unnamed witness said: "I didn't see anything at the time, we took a photo of the scenery near Lysander Road.

"The sun was pretty bright so we couldn't see anything at the time.

"We noticed it later on in the photo when we got home. I think the direction of the object was west."


Another witness reported a strange sighting on February 21 at around 6.30am above Yeovil.

The person provided video footage caught by a static camera in his garden used to film wildlife to UFO Stalker.

The witness said in their report: "The video footage shows a row of what appears to be eight lights travelling in an east to south easterly direction.

"I was not actually present at the time of the event."

Strange events have also been reported in Gloucestershire.

Gloucestershirelive.co.uk reported video of a strange light being filmed above Gloucester yesterday at around 5am.

Often people mistake planets in the early morning sky for UFOs, and when filmed at close zoom, they can cause some bizarre visual effects that look like shape-shifting to be recorded.

Scott Brando, who runs website ufoofinterest.org said that the photograph taken into the sun in Yeovil was just a lens flare.

This happens when light refracts inside the camera lens, creating strange orbs or circles on the picture, which were not actually there.

It is common when aiming a camera at the sun.

He says he has yet to find a UFO picture or video that cannot be explained.

For Your Information - FYI
https://www.youtube.com/channel/UCHjP...

Published on Mar 18, 2017
►SHARE! Fantastic footage of what seems to be a real Merkabah or some type of ancient UFO depicted in scriptures. Caught by Subscriber this week during Greenville NCAA Basketball Championship.

►►►If you have videos you want us to see do send it to thatimpossiblechannel@gmail.com and we will post it!

The Impossible Channel is your source for reporting the best in Impossible Feats around the World such as UFOs, Aliens, Sightings, Weather Anomalies, Conspiracy and Underground news.

Sunrise On Mars by Audionautix is licensed under a Creative Commons Attribution license (https://creativecommons.org/licenses/...)
Artist: http://audionautix.com/

All videos uploaded here are under the express permission of the original owner, or are in public domain falling under Fair Use for commentary, research, news reporting purposes under current copyright rules. 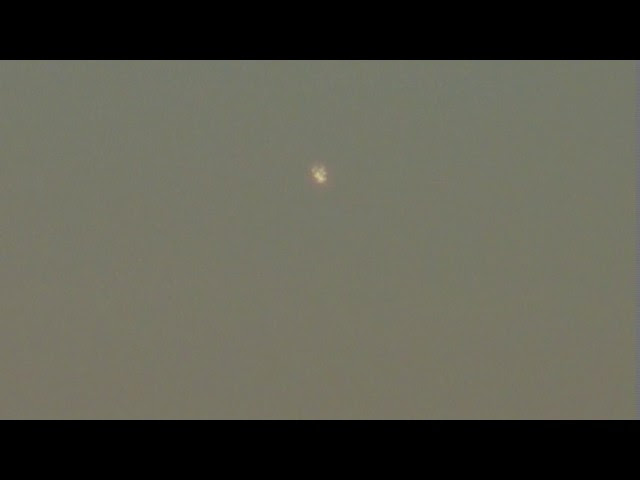 Published on Mar 18, 2017
Breaking News: A cameraman From Brazil caught on tape a mysterious creature flying in the sky that look like an angel and then Enrico Roco saw this huge type of angel flying over the sky and he was baffled. Music & Video by Didier Manchione all rights reserved Moonfull publishing Socan Canada 2017 MUSICNEWS NETWORK. 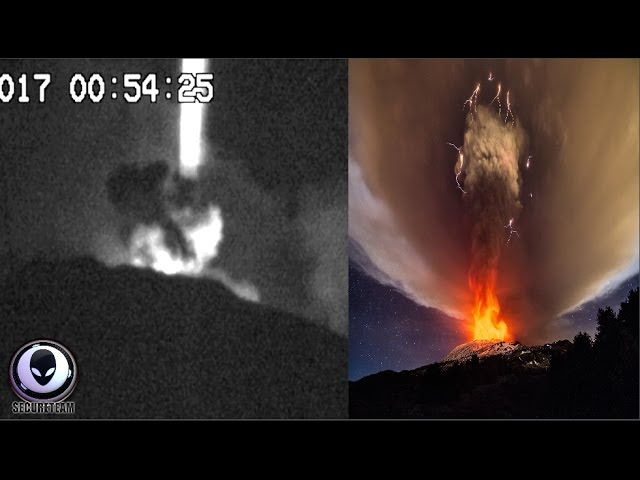 Published on Mar 18, 2017
BPEarthWatch: https://www.youtube.com/user/BPEarthW...
Secureteam10 is your source for reporting the best in new UFO sighting news, info on the government coverup, and the strange activity happening on and off of our planet. Email me YOUR footage and help us continue the good fight for disclosure!


ALL footage used is either done under the express permission of the original owner, or is public domain and falls under rules of Fair Use. We are making such material available for the purposes of criticism, comment, review and news reporting which constitute the 'fair use' of any such copyrighted material as provided for in section 107 of the US Copyright Law. Not withstanding the provisions of sections 106 and 106A, the fair use of a copyrighted work for purposes such as criticism, comment, review and news reporting is not an infringement of copyright.