“They’ll Have to Rewrite the Textbooks:” Scientists Discover the Missing Link 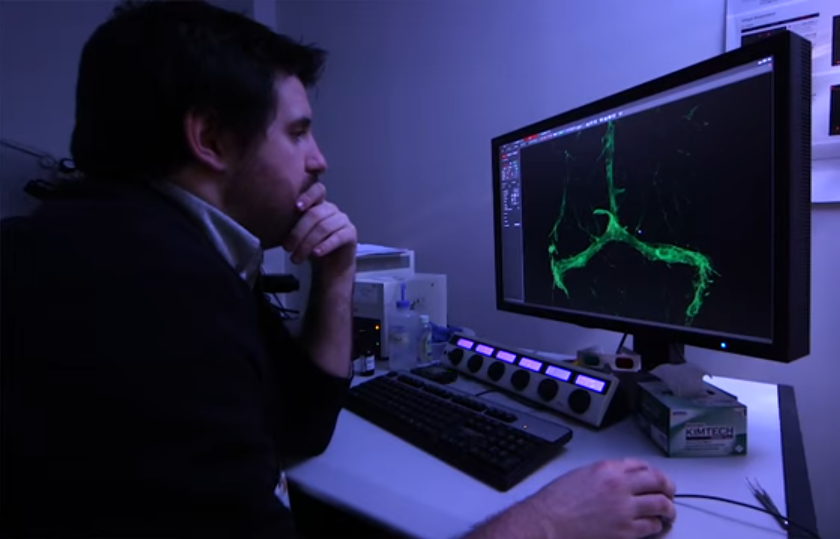 By Vandita
Until recently, no one could find a connection between the brain and the immune system because no one could find any lymphatic vessels in the brain. For centuries, scientists and medical practitioners were convinced that the brain (part of the central nervous system) was kept safe from pathogens, since it lacked a direct connection to the lymphatic system (which performs important immune functions).
However, a team of researchers at the University Of Virginia School Of Medicine have done the unthinkable: they have discovered a new series of lymphatic vessels in the body that connect the brain to the immune system.
The lymphatic vessels carry immune cells, including the white blood cells, and rid the human body of dead blood cells, toxins and waste. These vessels may have gone undetected until now since they were hiding in the meninges (the layer of tissue that covers the brain) – the membrane that is frequently discarded when the brain is prepared for analysis.
Dr. Jonathan Kipnis, lead researcher and director of University of Virginia’s Center for Brain Immunology and Glia, commented:
“I really did not believe there are structures in the body that we are not aware of. I thought the body was mapped. I thought that these discoveries ended somewhere around the middle of the last century. But apparently they have not.” 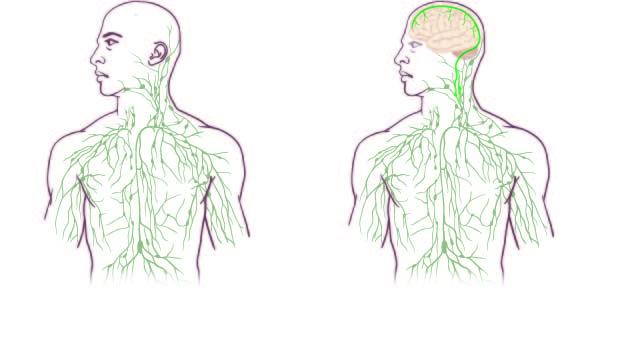 The discovery of the

central nervous system lymphatic system not only challenges the basic assumptions in neuroimmunology, it has the potential to revolutionize future treatment of patients suffering from neuroinflammatory and neurodegenerative diseases associated with immune system dysfunction such as autism, Alzheimer’s and multiple sclerosis. Dr. Kipnis added:
“Instead of asking: ‘How do we study the immune response of the brain?’ ‘Why do multiple sclerosis patients have the immune attacks?’ now we can approach this mechanistically. Because the brain is like every other tissue connected to the peripheral immune system through meningeal lymphatic vessels. It changes entirely the way we perceive the neuroimmune interaction.
“We always perceived it before as something esoteric that can’t be studied. But now we can ask mechanistic questions. We believe that for every neurological disease that has an immune component to it, these vessels may play a major role. It’s hard to imagine that these vessels would not be involved in a neurological disease with an immune component.
“For example, take Alzheimer’s disease. In Alzheimer’s, there are accumulations of big protein chunks in the brain. We think they may be accumulating in the brain because they’re not being efficiently removed by these vessels.”

The discovery was made possible by Dr .Antoine Louveau, a researcher in Dr. Kipnis’ lab. The lymphatic vessels were detected after Dr. Louveau mounted a mouse’s meninges on a single slide — rather than slicing them up, which is how they’re normally studied — in order to study the mouse’s brain as a whole, under high-powered microscopes.
A microscopic examination revealed immune cells spread across the meninges in vessel-like patterns; further testing confirmed them to be lymphatic vessels. Later, the team was able to show how the lymphatic vessels carry immune cells from the cerebrospinal fluid, along veins in the sinuses, and into nearby deep cervical lymph nodes — a direct connection between the brain and the immune system.

While the discovery of the new lymphatic vessels leads to more questions than answers, Kevin Lee, the chair of the Department of Neuroscience at the University of Virginia (who wasn’t involved in the research) is buoyant. Recalling the first time Dr. Kipnis showed him their results, Lee remarked:
“I just said one sentence: ‘They’ll have to rewrite the textbooks’. There has never been a lymphatic system for the central nervous system, and it was very clear from that first singular observation — and they’ve done many studies since then to bolster the finding — that it will fundamentally change the way people look at the central nervous system’s relationship with the immune system.”
An estimated 8% of the U.S. population suffers from one of the 80 to 100 currently recognized autoimmune disorders. With more than 5 million Americans suffering from Alzheimer’s and over 3.5 million living with an autism spectrum disorder, this new discovery could be a game changer.
This article was published with permission via AnonHQ and was originally published on November 7, 2016.