OUT OF MIND » CONSPIRACY THEORIES & ENDURING MYSTERIES » HISTORIES MYSTERIES » The mysterious LIVING stones of Romania: They GROW and MOVE

The mysterious LIVING stones of Romania: They GROW and MOVE 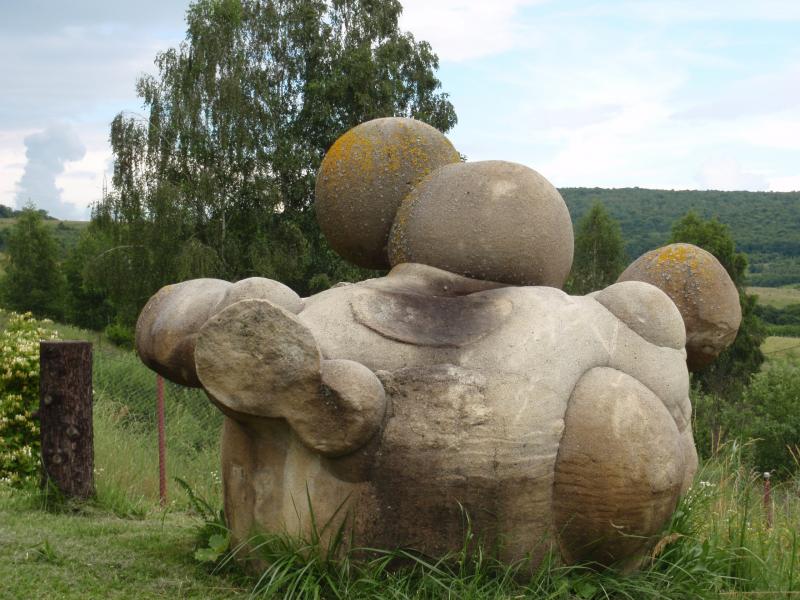 
Located in Romania, we find something that at first may seem impossible: Stones that are able to GROW and MOVE. Referred to as ‘trovants’, the curious stones have puzzled experts ever since their discovery. No one can say for sure how these stones grow, and how they are able to move.

Even though many associate Romania as the country of Dracula, and some think of piles of bloodthirsty vampires other creatures created by the imagination of Hollywood, this country is also home to one of the most mysterious objects on Earth: Living Stones.
The enigmatic living stones can grow from a few millimeters, to as large as 10 meters.
Located near Costesti, a small Romanian village we find curious objects called ‘trovants’.
Trovants is a Romanian geological term which simply means cemented sand. The name was introduced by the Romanian naturalist Gh. M. Murgoci in his work “The Tertiary in Oltenia”.
In 2004, The “Muzeul Trovantilor” or “Trovants Museum Natural Reserve “ was commissioned to protect the unusual geological creations.
You can even plant a ‘trovant’ in your garden and wait for it to grow.
Locals also refer to the mystery stones as “The Stones that Grow” since, after every rain, new formations rise from the ground. This has led to the creation of countless myths. 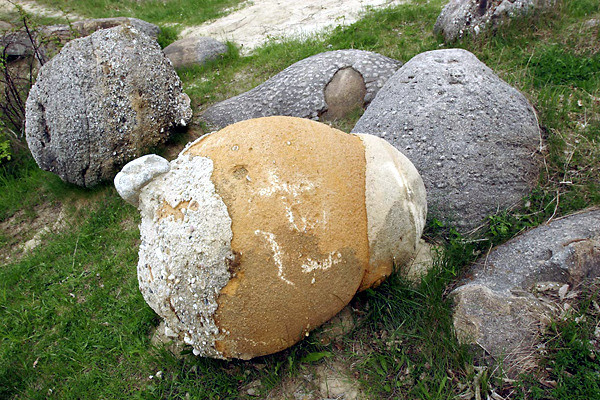 Every time it rains, the dormant stones come to life and mysteriously start…growing.
The enigmatic ‘living stones’ literally spring to life after coming into contact with water after heavy rainfall.
However, these enigmatic stones are not only able to GROW, scientists have found that they are able to MOVE from one pace to ANOTHER.
Stones that grow and… move?
Scientists have yet to successfully explain how on Earth this is possible.
According to the International Geological Congress conducted in Oslo 2008, “Trovanti” were improperly considered as “sandstone concretions”.
Some explanations for the stones’ movement leans towards alternative explanations like weird magnetism, alien intervention, and strange energy vortexes in the region.

Many believe that the mysterious living rocks came into existence due to earthquakes which rocked the region some six million years ago.
Curiously when scientists cut the stones in half they found that the “living stones” consist of cemented sand and mineral salts, and observed strange rings—like the ones you see when you cut a tree—which reveal their age. This has led many authors and experts to refer to these mysterious stones as ‘inorganic form of life.
As many authors indicate, Trovants tend to appear with smooth and edgeless shapes.
Cylindrical, nodular, and spherical; Trovants develop inconsistent shapes as they grow and multiply due to irregular cement secretion.
However, the living stones are not ‘native’ to Romania. You can find similar ‘rocks’ in Russia, Kazakhstan, Czech Republic, and other places.
Here are a couple of videos:

OUT OF MIND » CONSPIRACY THEORIES & ENDURING MYSTERIES » HISTORIES MYSTERIES » The mysterious LIVING stones of Romania: They GROW and MOVE

» Romania’s Unique Living Stones That Reproduce
» World Beneath the streets of Romania’s capital, a living hell
» How Do Death Valley’s “Sailing Stones” Move Themselves Across the Desert?
» The Living Stones of Sacsayhuaman
» Mysterious Stones in Ica, Peru, Evidence of Advanced Prehistoric Civilization?