A Marijuana Strain Has Finally Been Trademarked

A Marijuana Strain Has Finally Been Trademarked

By Barry Bard  on   March 18th, 2017 at 8:41 am   | Updated: March 24th, 2017 at 4:25 pm    420, Business
Marijuana strains are a lot like sex tapes.
If you share a really hot strain with one person, the whole world will know about it tomorrow. Which makes Gorilla Glue #4 the Kim Kardashian sex tape of marijuana strains. Like adolescent boys and the Kim Kardashian video, nearly all cannabis growers claim they have Gorilla Glue #4 (GG#4) in their arsenals. In the Glue’s mere four years of existence, many have grown this strain, even more have profited from this strain, and almost everyone has smoked this strain.
Yet few cannabis consumers know the truth about “the glue, and fewer consumers know its origin story: GG #4 was born from an inadvertent sexual encounter among cannabis plants. And even fewer know that strain recently became the first known type of cannabis to receive statewide trademarks.

The Birth of Gorilla Glue #4 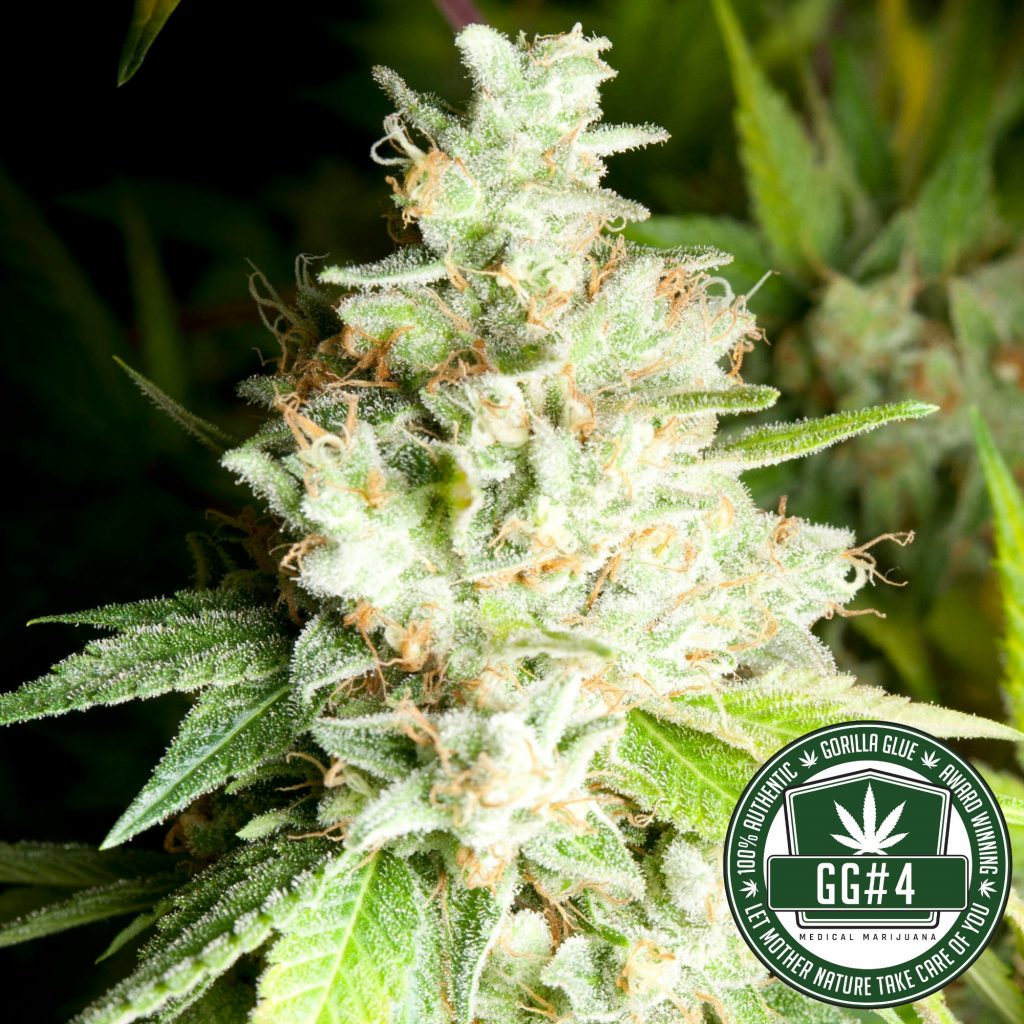 In 2012, Las Vegas growers with a combined 90 years of experience, “Joesie Wales” and “Lone Watty,” accidentally created the strain when the “Chem Sister” (a female plant) hermaphrodited (went male) over to the Sour Dubb before being crossed with Chocolate Diesel. That convoluted romance unintentionally produced seeds which gave birth to new strains of cannabis. (Also see: the Sour Diesel legend). Seven seeds were produced in total, and Wales and Watty deemed the fourth seed the keeper. The resulting plant was basically the Blue Ivy Carter of the marijuana world: superior genetics created an even more superior strain.
Shortly after the strain’s genesis, Wales received a phone call while trimming the new plant. When he answered, the phone stuck to his hands. Wales told the caller that his hands were so sticky it felt like he had Gorilla Glue on them. Thus, Gorilla Glue #4 was born and named.
In 2014, GG#4 won multiple first place Cannabis Cup awards, and by the end of that year, the glue was seemingly growing everywhere. The Glue becoming a commonplace plant in home gardens was intentional for some and unintentional for others. Wanting to test out the strain’s stability, the strain was gifted to private growers and 100 cuts (clone variations) were sold at a Cannabis Cup. Unfortunately, a former friend of Joesie also played a more nefarious role in the strain’s perforation into cannabis lore, giving the strain to anyone and everyone–which is why consumers see GG#4 in more dispensaries than not.
When I asked if he wishes the strain had never leaked at all, Joesie Wales responded with a poignant answer:

My first thought is yes, as the person whom I thought was a friend, turned out to be in it for himself, and I am a man of my word, but then I think, well If the Kim Kardashian video was never leaked and handed out, she wouldn’t be where she is today.

Perhaps if Gorilla Glue #4 wasn’t given to an unsavory ex-friend or sold at Cannabis Cups (by its owners), the strain never would have received the accolades and celebrity status it has now earned.

Of course, the question remains: will this actually prevent dispensaries from growing or selling fake Gorilla Glue #4? Or calling a different something close to Gorilla Glue #4 and trying to pass it off as the real deal? Thanks to the original strain’s high yields, potency, and availability, probably not. But at least consumers in the know will be able to look for a seal of approval from authorized distributors.
There are plenty of other name-brand superstar strains in the game. From the Cookies brand to California’s renowned Hardcore OG by behemoth hash makers West Coast Cure to Zkittlez, these strains are more sought after than Kanye’s latest album. The question lingers for all these brands, too: can a cannabis trademark actually accomplish anything?
This wild, wild west ethos of the marijuana game is a forceful tide that even the government can’t slow down. Most growers, up until now, haven’t cared much about their “brand” or legal issues — they care about making money.
But as the industry shifts out of the closet and into legitimacy, Wales and Watty’s historic move could begin a trend of attaching strains to the people behind them. Anyone can grow a strain, and anyone can sell a strain. Few can say they created one of the best strains around.