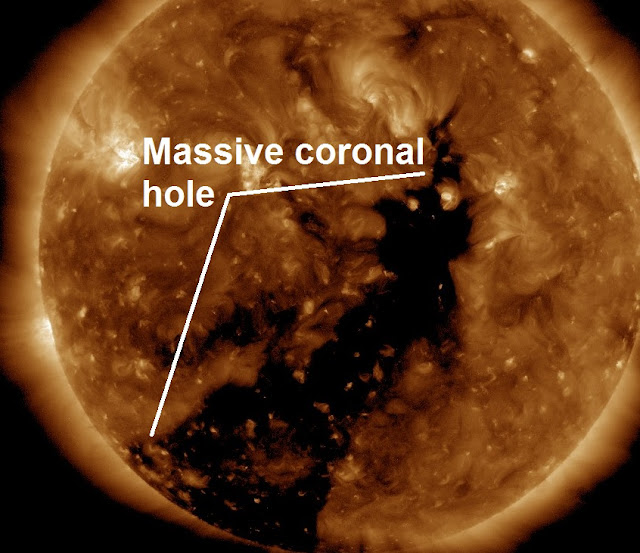 A fast-moving stream of solar wind flowing from the indicated coronal hole could reach Earth as early as March 27th (although the 28th is more likely). Credit: NASA/SDO.
As reports came in this week that the sunspot count had reached a 7 year low Spacweather.com reports of a surprise region called Sunspot Genesis: It's a large sunspot and is growing in the sun's northern hemisphere.
Only 24 hours ago it didn't exist, now the active region sprawls across more than 70,000 km of solar "terrain" and contains at least two dark cores as large as Earth. See gif below

A massive potent coronal hole is facing at this moment, Spaceweather reports: A canyon-shaped hole in the sun's atmosphere is facing Earth, and it is spewing a stream of fast-moving solar wind toward our planet.  NASA's Solar Dynamics Observatory photographed the giant fissure on March 25th: See below. 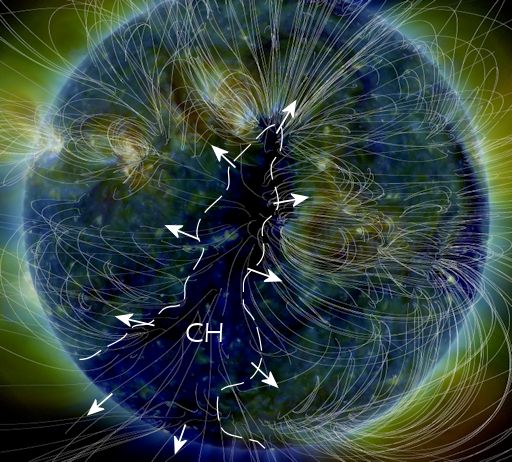 We've seen this coronal hole before.
In early March, it lashed Earth's magnetic field with a fast-moving stream that sparked several consecutive days of intense auroras around the poles.
The coronal hole is potent because it is spewing solar wind threaded with "negative polarity" magnetic fields.
Such fields do a good job connecting to Earth's magnetosphere and energizing geomagnetic storms.

Re: Sunspot Genesis surprises experts with rapid growth and two dark cores the size of Earth Tue Mar 28, 2017 7:01 am 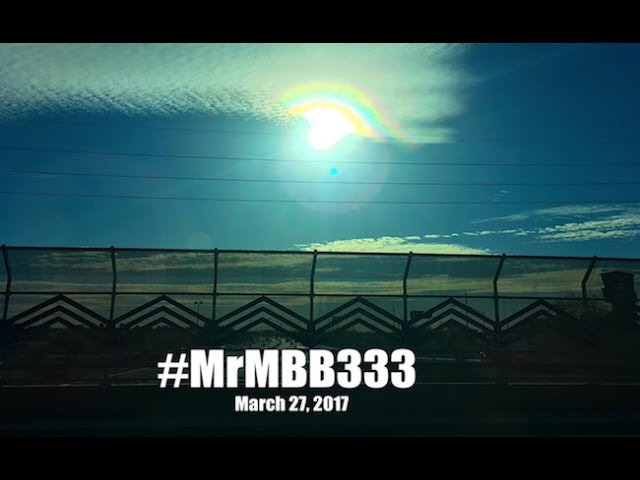 Re: Sunspot Genesis surprises experts with rapid growth and two dark cores the size of Earth Tue Mar 28, 2017 7:02 am