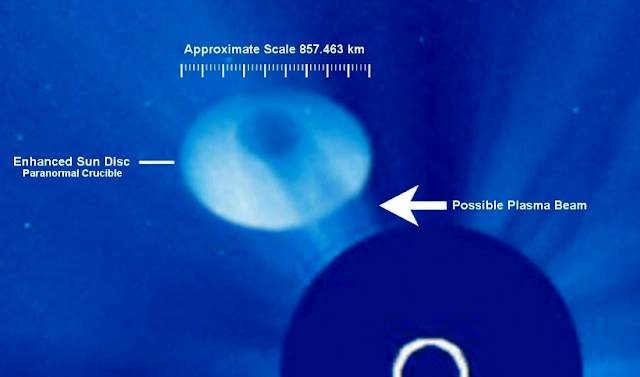 This UFO was found by Paranormal Crucible of Youtube, but the date was never visible and the source photo was not posted, so I cannot confirm its date. The object has rounded edges and a hollow center. O believe the center actually has a glass dome or opening. Its not see through from one side to the other. Also the UFO is fatter at its center and thinner on its edges. All these things indicate that it is an alien space craft since its shape conforms to tens of thousands of UFO reports from the past.
Scott C. Waring 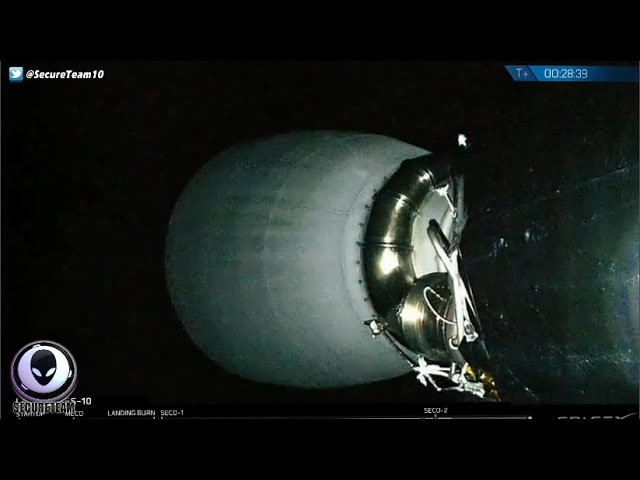 Published on Apr 2, 2017
Secureteam10 is your source for reporting the best in new UFO sighting news, info on the government coverup, and the strange activity happening on and off of our planet. Email me YOUR footage and help us continue the good fight for disclosure!


ALL footage used is either done under the express permission of the original owner, or is public domain and falls under rules of Fair Use. We are making such material available for the purposes of criticism, comment, review and news reporting which constitute the 'fair use' of any such copyrighted material as provided for in section 107 of the US Copyright Law. Not withstanding the provisions of sections 106 and 106A, the fair use of a copyrighted work for purposes such as criticism, comment, review and news reporting is not an infringement of copyright. 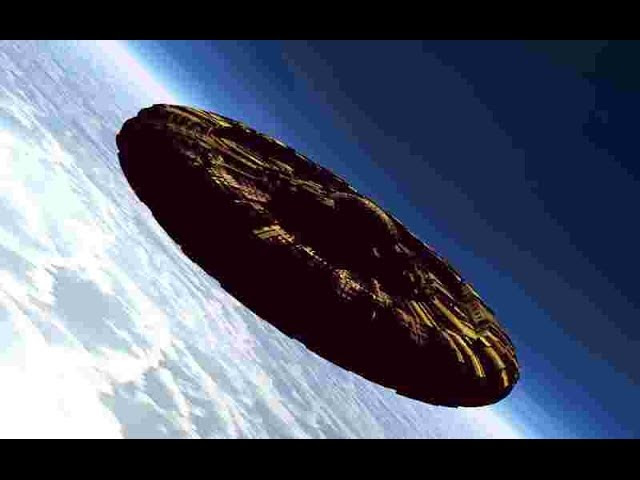 Published on Apr 1, 2017
The mysterious footage shows a part of the space station, and that for no apparent reason, the dark perspective begins to get lighter, as if some kind of dark circular object is passing lower. It keeps getting clearer, and lighter, as the shadow goes its way. It is possible to perceive a rounded edge as the strange figure goes out of perspective until finally we can see the planet Earth.

The video was posted to the Streetcap1 channel. In its caption, the channel said it was not entirely certain the object was a "huge mother ship or any kind of alien spacecraft," but that "it certainly seemed unusual."
Source: https://youtu.be/5eEOX44m6o4 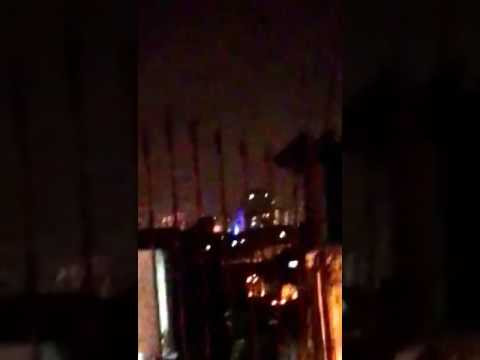 THIS IMAGE SHOWS TWO “UFOS” SNAPPED IN ONE PICTURE

After he posted them online, a fury of debate erupted among the UFO community, with some suggestions they were fake or not conclusive proof.Now Dr O’Connor is enlisting more photo experts to examine his captures.Some have claimed Dr O’Connor has not come into the research impartially, as he has been a long supporter of the crop circles being caused by aliens myth and heads the Crop Circles Research Foundation.He is also a believer of the 1947 Roswell “UFO crash” incident in New Mexico through his friendship with Jesse Marcel Jr, whose father Major Jesse Marcel is said to have shown him, when aged just 10, pieces of wreckage from the alleged UFO crash at the time.

Dr O’Connor put up two Reconyx Hyperfire PC 900 Trail cameras 30 feet high on the southeast corner of his house, hoping to catch some evidence of UFOs if they set off the motion detector.
When triggered by motion, the cameras, which are about 30 feet off the ground, shoot 20 photos at approximately 1-second intervals.

THE LARGE OF THE TWO OBJECTS IN CLOSE UP
The cameras shoot 20 photos at one second intervals if activated and this has seen him snap several birds, squirrels and wind-blow treetops.But he finally snapped what he says he has been looking for – proof of UFOs – this winter.He said: “Basically what you see it a very symmetrical, smooth and reflective surface that appears to have his own light source.”He says he has no knowledge how to manipulate images and has sent the stills to the National UFO Reporting Center (NUFORC) which investigates and keeps a database of UFO sightings.
Peter Davenport, head of NUFORC, sent them to a photo-analyst for further investigation.
The unnamed analyst said: “Bottom line, I think the images are real, but remain a mystery.
“I suspect the lights in the first and last photos are sun reflections off of something rather than any propulsion system.
“Thus, I conclude it is a puzzle to solve rather than a fake.”
However, a separate analyst, who looked at them, suggested they were “100 % fake, ” angering Dr O’Connor who swore to take a lie detector test over them.
Dr O’Connor added “What you see there is what came off that camera.“They deserve to be studied in a “well-funded, unbiased scientific study to determine if we are being visited.”A third analyst gave him more hope, reporting: “This photo is an interesting one. The colours of the object resembles the surrounding blue sky and clouds.“This would naturally occur with highly reflective silver objects.
“The fact it was 1/20 second frame rules out balloons or other man-made objects.
“It also indicates the objects decelerated and accelerated and held position for just one frame, as there’s no elongated motion line that would have occurred if the velocity was constant.”
Dr O’Connor added: “I am interested in the truth.
“If I am subject to criticism to get to the bottom of this, then I guess it’s part of the deal.”
Scott C waring, editor of UFO Sightings Daily, said: ‘This has to be the most clear UFO photo we have seen all year long.
“It was shot during the day, in a part of Montana that has a very low population.”
An online poster said: I don’t know what they are, but it does not prove UFOs and aliens just yet.”
http://alien-ufo-sightings.com/