Nothing Will Ever Change In Washington Until This Happens 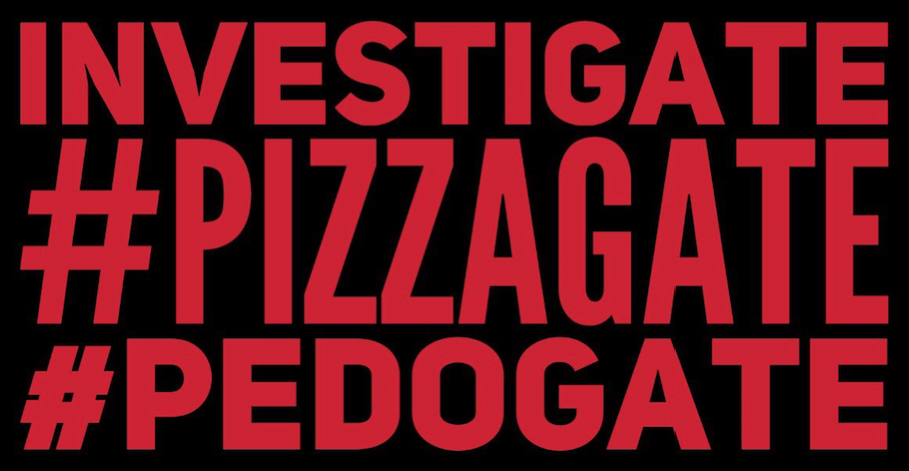 …and the global and ongoing Pedogate child sex crime scandal is sufficiently exposed so that the CIA’s primary control mechanism is forever destroyed.


Why is this unprecedented initiative so necessary and non-negotiable?

Because the Global Control Matrix is maintained by the criminal control mechanism now known as Pedogate.  Pizzagate represents but a single American franchise within the Pedogate child trafficking and exploitation crime syndicate.[1]
P E D O G A T E: A Global Child Exploitation Crime Syndicate
Therefore, as long as the CIA and FBI, MI6 and MI5, MOSSAD and Shin Bet, DGSE and DGSI, GID and Mahabith, and the like are permitted to use Pedogate crimes to compromise and control political leaders, corporate officers and other authorities worldwide, nothing can really change.
Every major western power has external and internal intelligence services which clock Pedogate crimes with extraordinary monitoring and recording.  This covert spying and surveillance regime has been in place for as long as the elite ruling class has chosen the leading politicians based on their vulnerability to blackmail and bribery, extortion and coercion related to child exploitation crimes.

Given how deeply entrenched and pervasive the global Pedogate crime syndicate really is, it will take extremely powerful measures to collapse it.  In the absence of a concerted effort to perform such a controlled demolition, the Global Control Matrix (GCM) will continue to exert ironclad control over the entire Zio-Anglo-American Axis, and beyond. (See Glossary below)
Particularly in light of the worldwide reach of the American, British and Israeli intelligence agencies is it now imperative for each country to break free from the GCM reservation. The borderless Internet needs to be seriously rethought to the extent that nation-states are caught up in the dark side of the World Wide Web.  For it is Pedogate criminality which has irreversibly ensnared the wealthy and powerful, well-connected and influential across the planet, and with immensely catastrophic effects.

Only when the world community of nations — individually and collectively — have broken the chains that bind each of them by way of the Pedogate crime spree will true national sovereignty be restored.  This must be the first step in a long and arduous process that will ultimately see the bankruptcy of the central banking system of the world.  Both the Mainstream Media and the U.S. Intelligence Community must likewise be terminated if there is to be a genuine return to both personal and national sovereignty.
Some have suggested that the United States of America ought to initiate a formal inquiry into both Pizzagate and Pedogate that can serve as the basis for a “Truth and Reconciliation Commission”.  Such a commission can first operate within the U.S. jurisdiction which could then be used as a template for other concerned countries.  At some point, there would likely be a recognized need for the formation of a similar global body.
The primary purpose of such an entity– “Truth and Reconciliation Commission” — is to create an open forum whereby victims could tell their vetted and validated stories to their communities first, then to the nation, and finally to the world-at-large.  When a critical mass of citizens in each country becomes aware of the true nature of the global Pedogate crime syndicate, change will be fast and furious.  For it is only when these heinous crimes against our children are exposed for all to see that a critical mass of people will rise up to put a stop this multi-century pedo-crime spree.
Furthermore, only when individual citizens everywhere have reclaimed their personal sovereignty, and especially on behalf of the victimized children, can the recovery of national sovereignty take place.  Toward that end, the light of revelation must shine brightly on Pizzagate / Pedogate truth.  The sooner that this mandatory process of global rehabilitation begins, the sooner the entire planetary civilization will experience an urgently needed transformation.  How else to short-circuit the societal race to the bottom many call Armageddon or refer to as the Apocalypse?

Truly, until a national catharsis commences in earnest, “nothing will ever change in Washington”.  Likewise, “nothing can change in America” until the twin scourge of Pizzagate / Pedogate is irreversibly terminated.

“Until the pedo-crime spree in Washington, D.C. is exposed and stopped,
US government corruption will continue unabated…even under Trump”[2]


Political Correctness and the Sword of Damocles

Most people long to see an American Republic free from the tyranny which has been on full display since the 9/11 terror attacks.  That false flag operation, like every other terrorist event staged on U.S. soil, was conducted by the C.I.A.  It took far fewer rogue agents to execute the 9/11 black op than it does to maintain the ever-expanding cover-up. So, how does the C.I.A. enforce such a massive cover-up of the 9/11 inside job so successfully?  By way of perpetual threats associated with Pizzagate / Pedogate, which hang above the actual perps and cover-up co-conspirators like the Sword of Damocles.
What’s the inescapable conclusion regarding this ever-worsening predicament?  That the entire U.S. Federal Government and Military-Industrial Complex are run from the very top in this same manner.  So are all the major universities and research institutions and NGOs. So are state, county and city governments across the nation, as are the Fortune 1000 companies. So is the entire Mainstream Media and U.S. Intelligence Community.
This societal phenomenon (and draconian control mechanism) is now well known as the strict enforcement of:

The entire Earth realm is literally run according to the cynical euphemism of political correctness. Which means that those in positions of power or influence who defy political correctness will be taken down in a heartbeat.  The primary tool for takedown is, of course, Pizzagate in the USA, Pedogate around the globe.
Now the reader really knows what makes the world turn — in such a topsy turvy way — in the 3rd Millennium.  Which begs the question: Just how many politically incorrect people does it take to bring down Deep State, once and for all?  And, how loudly must We the People scream Pizzagate and/or Pedogate at the top of our lungs to do so?

No matter what We the People do, nothing will ever change until Pizzagate and Pedogate are blown wide open.
When so many elected officials and governmental appointees are kept in a psychological prison and deathly afraid to escape for fear of being publicly exposed, who will they always serve in the end—We the People or their hidden Deep State masters?
In view of these hard realities, there is really only one way out of this mess.  The people must rise up everywhere and present such a fierce and ferocious profile that it is now them who must be feared.  For only when We the People are feared more by their government representatives than the agents of Deep State, things will finally change.
Action Plan:
While marching toward the nation’s capital with pitchforks and torches,
every Pizzagate and Pedogate perpetraitor ought to be cowering in fear.
Then the citizenry will see things really change in a D.C. moment!
The Millennium Report
April 1, 2017
Author’s Note
Many folks have wondered how things could have deteriorated so quickly in a traditionally conservative and religious nation like the US of A.  The precipitous decline in morals since World War II is well explained here: PONERIZATION: How the American Republic was taken over by political cliques of criminally insane psychopaths
The downward spiral in America since the 1960s, and especially the irreparable tearing of the social fabric during 8 years of Obama,  is discussed in this article: How Cultural Marxism was used to create an American “Sodom and Gomorrah”
Source
[1] PIZZAGATE: A Special Report on the Washington, D.C. Pedophilia Scandal
[2] Deep State Out to Destroy Pizzagate Truth Movement
Glossary
Anglo-American Axis (AAA)

The Anglo-American Axis is represented, first and foremost, by the major English-speaking countries of the world: USA, UK, Canada, Australia, New Zealand and Israel. The European member nations of NATO, such as Germany, France, Italy, Spain, Portugal, Belgium, Luxembourg and the Netherlands are also closely aligned with the AAA as are all the Scandinavian countries. So are the Asian Pacific Rim nations of Japan, South Korea, Taiwan and the Philippines. Saudi Arabia, Turkey, Egypt, Pakistan, Kuwait, Jordan, Bahrain, United Arab Emirates, and Qatar also owe their allegiance to the AAA but some of these may be changing. The World Shadow Government is an ultra-secret, supranational organization which completely controls the Anglo-American Axis, as well as the European Union, NATO, among many other institutional entities which constitute the Global Control Matrix.
(Source: Vladimir Putin’s Russia: Perfect Foil To The Anglo-American Axis And Their New World ‘Order’)