Famed zoologist Desmond Morris has a secret life as a Surrealist painter. It’s a career he has quietly followed alongside his better-known day job as a scientist and author of books like The Naked Ape and The Human Zoo.
Morris has been a Surrealist artist for over seventy years. In his early twenties, he exhibited with Joan Miró. He managed to sell a couple of paintings while Miro sold none. Inspired by Dali and Buñuel’s Un Chien Andalou, Morris made two Surrealist films with his wife Ramona called Time Flower and Butterfly in 1950. When he failed to sell any work at his third exhibition, Morris made the sensible decision to study zoology at the University of Birmingham in 1951. He went on to earn a doctorate for his work on the reproductive behavior of the ten-spined stickleback.
But Morris never gave up on his passion for art. By day he was a zoologist, by night he quietly continued to paint. He even managed to bring his two passions together during an investigation into the “picture-making abilities” of chimpanzees. Morris exhibited a selection of the chimp’s colorful canvases at the ICA in London.
At a party in the 1960s, Morris met publisher Tom Maschler. He told him Maschler about his idea to write “a zoology of human beings and not even use the term human beings”:

Instead I’d write it as if I was an alien who had come to this planet and seen this extraordinary ape which doesn’t have any fur on its body.

It took Maschler three years to get Morris to write this book, which eventually became The Naked Ape.  Published in 1967, The Naked Ape has been translated into 23 languages and has never been out of print.  It made Morris rich and incredibly famous.
When he published his follow-up book The Human Zoo in 1969, Morris was wealthy enough to take time out and concentrate on his career as an artist. The books that made Desmond Morris world famous.

Morris’s Surrealist canvases depict strange fleshy elongated figures which he calls “biomorphs.” He claims these biomorphs and his interest in Surrealism were inspired by three key events in his life. Firstly, the gift of a microscope that allowed him to see the strange microscopic world around us. Secondly, a medical book containing illustrations of intestines. Thirdly, an incident in his childhood when he saw war dead laid out on tables in a mortuary, their entrails unfurled, their bodies torn to pieces. Morris notes his painting “The Sentinel” harks back to this memory.
This year, producer/director Tim Niel made an excellent documentary on Desmond Morris called The Secret Surrealist. While too many of the BBC’s current documentaries fail because they focus on the quirks of a zany and irritating presenter, Mr. Niel is wise enough to know good documentaries serve their subject’s story without recourse to cheap gimmicks. In Mr. Niel’s The Secret Surrealist, Desmond Morris is allowed to tell his own story, talk about about his life, explain his art as far as he is able, without interference. It is a sublime pece of filmmaking and a prime example of how to make a good documentary. 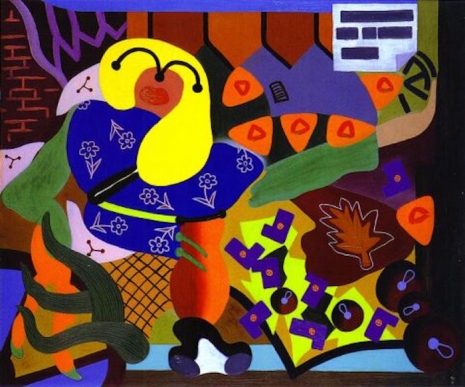 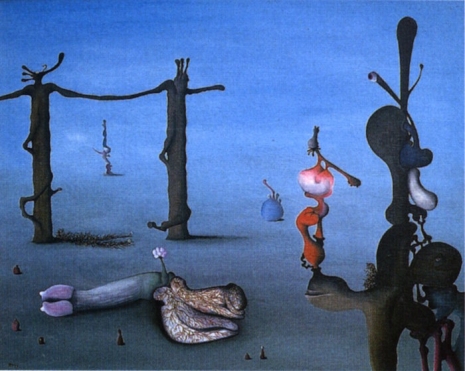 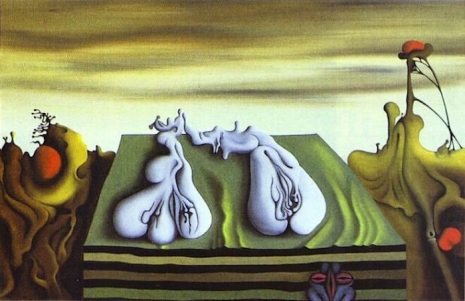 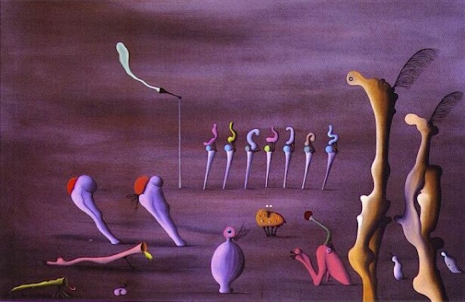 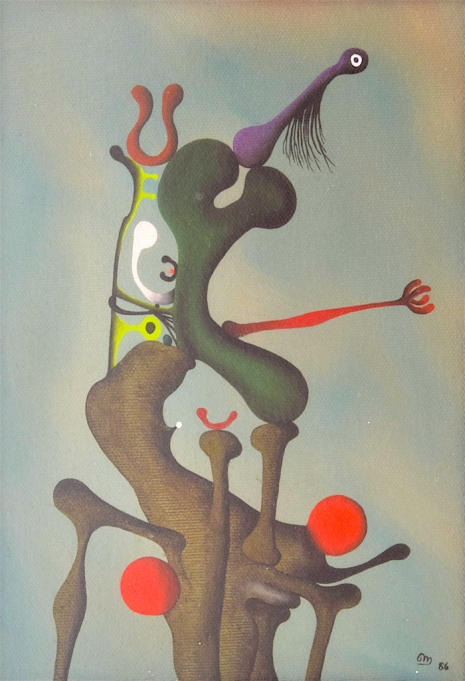