“Looking for consciousness in the brain is like looking inside a radio for the announcer. – Nassim Haramein

The quote above is great food for thoughts before you get into this article. It also related to the video posted at the end of this article.

For years, quantum physicists have been trying to catch up to what many ancient spiritual practices have been preaching for centuries. We, along with everything else in existence, are made up of consciousness. Ancient yogic, Hindu, and Buddhist texts claim that we are fundamentally connected to everything, a concept commonly referred to as “oneness,” but only now is science proving the truth of these claims. 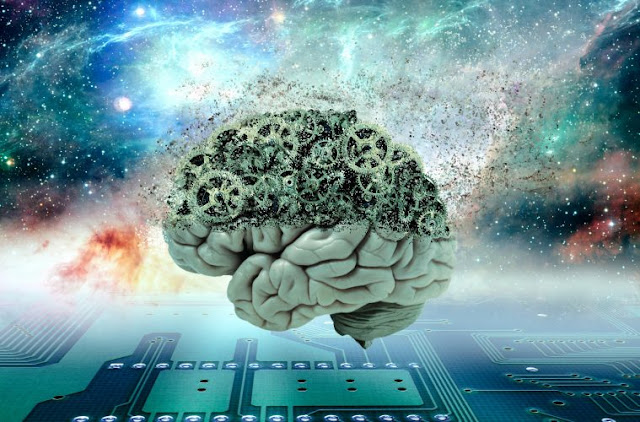 Researchers at Harvard University have been studying consciousness, and more specifically, where exactly it originates in human beings. What does it mean to be human? Are we defined by our emotions, the awareness of our existence, or something much greater? These are the questions the scientific community are finally starting to ask.

Harvard Scientists Are Studying the Origin of Consciousness

What is it that causes us to be aware of our existence, and is it related to the mind, the physical realm, or something more profound? Many scientists typically just relate consciousness to the mind, confusing it with self-awareness, whereas others recognize that these elements are all interconnected.

Researchers at Harvard University believe that they’ve finally pinpointed the physical source of consciousness in human beings. The team found that there are three particular regions of the human brain that appear to be fundamental to consciousness.

“For the first time, we have found a connection between the brainstem region involved in arousal and regions involved in awareness, two prerequisites for consciousness,” explained the lead researcher, Michael Fox, from the Beth Israel Deaconess Medical Centre at Harvard Medical School. “A lot of pieces of evidence all came together to point to this network playing a role in human consciousness.”

In terms of arousal, researchers had already determined that it’s regulated by the brainstem, the part of the brain that’s connected to the spinal cord, which regulates sleep cycle, heart rate, and breath. When you think about the spinal cord’s relation to the chakra system and Kundalini energy, it’s not surprising that this is suspected to be a fundamental part of human consciousness in the physical body.

Awareness, on the other hand, has proven to be much more difficult to pinpoint in the past, although it’s been speculated that it lies somewhere in the cortex, or the outer layer of the brain. However, the Harvard team has located two cortex regions that appear to work together to essentially “create consciousness.”

36 hospital patients with brainstem lesions participated in the study, 12 of whom were in comas. The scientists mapped their brainstems in order to figure out why some people stayed conscious despite their injuries, while others became comatose. Their findings suggest that the rostral dorsolateral pontine tegmentum, an area of the brainstem, is associated with comas, as 10 out of the 12 coma patients suffered injuries to this area.

They then compared the cortex to this area of the brainstem and identified which parts were connected to it. They found that two parts of the cortex are connected to this part of the brainstem, thus concluding that they’d be the most likely areas to play an important role in consciousness. The first was in the left, ventral, anterior insula (AI), and the other was in the pregenual anterior cingulate cortex (pACC).

The team also looked at fMRI scans of 45 other coma patients, all of which indicated that the patients suffered some sort of injury or disruption between these three integral regions of the brain. To the researchers, this suggests that these three regions play a fundamental role in consciousness. Perhaps this study will bring us one step closer to understanding why coma patients lose their conscious awareness!

How Does This Relate to Oneness?

Is consciousness really being created, or are we simply developing a greater awareness of how it relates to the physical body? Scientists often confuse consciousness with awareness, which are two very different things. The Harvard scientists may have tried to pinpoint where our awareness lies, but consciousness isn’t simply a construct of the mind — it’s far greater than that.

When you really think about it, a human being can never be devoid of consciousness even if they’re comatose, and some scientists have started to prove this. Coma patients have been found to respond to outside stimuli including familiar music and the sound of loved ones’ voices.

Another study measured the heart rate variability (HRV) of coma patients, a parameter linked to emotional unease or well-being, using biofeedback technology provided by the HeartMath Institute. If you’re unfamiliar with HeartMath’s work, they’ve scientifically proven how the heart gives off a certain message depending on how we’re feeling because it emits an electromagnetic field that other people can pick up on.

According to Rolin McCratey, Ph.D, the director of research at HeartMath:

Emotional information is actually coded and modulated into these fields. By learning to shift our emotions, we are changing the information coded into the magnetic fields that are radiated by the heart, and that can impact those around us. We are fundamentally and deeply connected with each other and the planet itself.

When you consider the fact that all of our thoughts are sent into the collective consciousness and that our hearts literally exude an electromagnetic field or “aura” that others can pick up on, this isn’t necessarily surprising!

As Dr. Deborah Rozman, the President of Quantum Intech, explains:

Research findings have shown that as we practice heart coherence and radiate love and compassion, our heart generates a coherent electromagnetic wave into the local field environment that facilitates social coherence, whether in the home, workplace, classroom or sitting around a table. As more individuals radiate heart coherence, it builds an energetic field that makes it easier for others to connect with their heart. So, theoretically it is possible that enough people building individual and social coherence could actually contribute to an unfolding global coherence.

At the end of the day, everything in existence is made up of consciousness. Coma patients aren’t devoid of consciousness because that’s literally impossible. You are connected to everything and everyone in the universe, even if the person lacks awareness.

Below is a great video from Dr. Gary Schwartz, Professor of psychology, medicine, neurology, psychiatry and surgery at the University of Arizona, discussing whether consciousness is the product of the brain or a receiver of it.