UFO News - UFO Flies Past Plane in Spain plus MORE 
directly below the aircraft...

AN 'ALIEN spacecraft' was filmed hurtling below a plane as shocked passengers watched on. The baffling clip, filmed over Spain, begins with the mysterious object coming into shot directly below the aircraft.

It appears to be diamond-shaped as it travels through the skies.

'What the f***?' the stunned cameraman says, before zooming in further.

The craft looks completely flat, but almost as soon as it comes into view, it disappears into the distance. More than 35,000 people have viewed the startling video since it was posted to YouTube on Wednesday (April 5).

'I've witnessed a UFO from my airplane window seat before so I DO believe this, trust me it's real, one user commented.

Another wrote: 'Amazing! It seems to be moving slowly at first then speeds up.'

Some users dismissed the video, claiming it had been edited. Viewers had mixed responses to the footage, but one viewer suggested: 'The tricky part of adding an image from a camera phone is the perspective and speed' this passed the test of enlargement.'

Others believed the craft was, in fact, a weather balloon. 
I knew this was something highly unusual...

On Tuesday March 14, 2017 around dusk I was relaxing in my hot tub. I glanced up at the sky and noticed what I assumed was a plane traveling from south to north (towards me).

As it got closer I noticed 5 or perhaps 6 solid orange lights on the front of the craft. The sides of the craft had blue and white flashing lights.

As I continued watching trying to figure out what it was I was seeing the craft stopped moving and began hovering directly over me. By then the sky was darker and I couldn't make out the shape of the craft, I could only see the lights.

It stayed in that position for several minutes so my instinct was to wave, so I did and a few seconds later it turned off slightly to the east. I thought it was leaving until it then backed up and repositioned itself directly overhead again.

It stayed hovering for a few more minutes so naturally I waved again and once again the craft began moving only this time it curved off to the west and then reversed directly back overhead.

At this point I knew this was something highly unusual and I was getting both nervous and anxious and wanted my family members who were in the house to come out to witness whatever this was. Still keeping my eyes on this craft I got out of the hot tub and walked over to close the lid which only took a few seconds then glanced back up to the sky and the craft was GONE!

I couldn't believe it. I walked out further in the yard to try and spot it and there was not a trace of it. I have no idea what I saw that night but I don't believe it was a drone as it was the size of an aircraft.

==========================================================
On the channel Best Of UFO - you can see the most mysterious facts about UFOs and aliens from distant planets and galaxies. Also here you can find such mysterious creatures like mermaids, werewolves, vampires, ghosts and phantoms. Still hanging around here a lot of different monsters, poltergeists, Etti, at a meeting to which people are very much afraid, and some even to death. Many people do not believe in the existence of supernatural forces and the paranormal. But in fact, they exist, although they are rare.

Published on Apr 9, 2017
Corpuscular ship is constructed in detail in accordance with the law of God in the form of light energy. Light corpuscular ship is therefore better as a spiritual power manifested corpuscular ships. The ship can move faster than light. When the object moves faster than light, disappearing from sight. Goes into another dimension.
The human eye sees everything that is inside of the light spectrum. When I mention the light spectrum and hit the light spectrum of the sun. With increased intensity of light would blind man. His senses would not notice a higher form of vibration. It can not therefore see the world resulting on a different frequency, although located around beside him. Corpuscular ship can move at high speed. It is therefore invisible to the human eye. By increasing the energy of the corpuscular vessel there is an increase of its speed. If it goes into the vessel by its frequency, it means that moves slower than the maximum speed. This makes it the human eye sees. It manifests itself in the form of light. Reducing the speed to changing light and the human eye, the ship must appear as a solid object. If the moving ship and if it stays on the molecular level, the maximum rate will remain invisible to the human eye. That they are explained in words that corpuscular ship may be the front door of your house and you will not see it. The ship can come to a man secretly. People of it may remain hidden from man.
The people of the corpuscular vessels reduces its frequency to a protein molecule in the cell become visible to the human eye. They therefore come secretly and suddenly appear before you in the form of light and energy. At that moment comes the light source, the energy in the form of spirit. You will be influenced by your spirit will be affected the most energy, which manifested itself around you and you will be allowed contact with corpuscular ships. In contact with them you should not worry. Believe me, it's something natural. There is nothing mysterious. Only one who manifests the spirit of mentally able to take this energy will be able to experience the transition from one age to another. 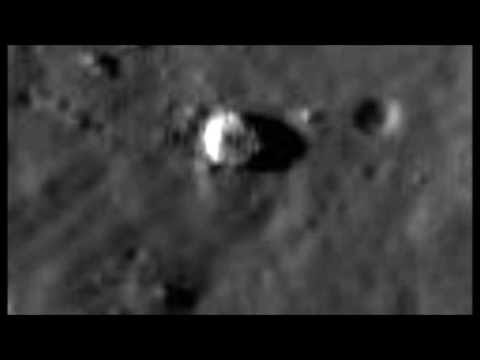 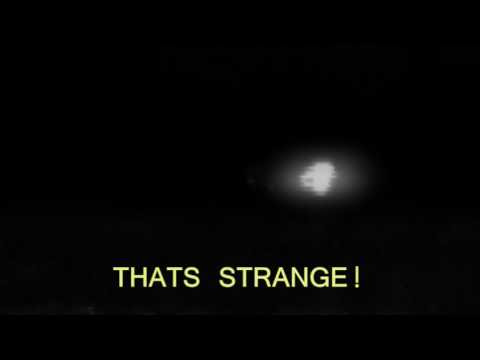 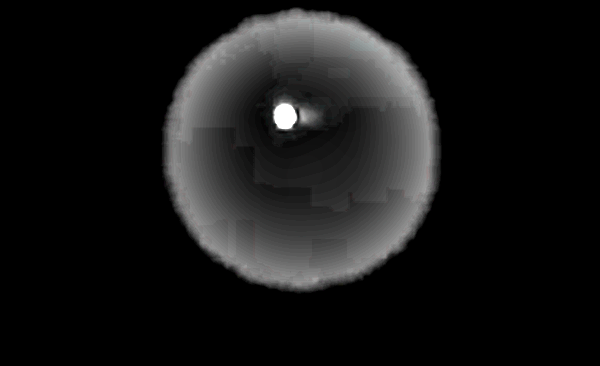 Above the photo is enhanced with light only. Below is normal. 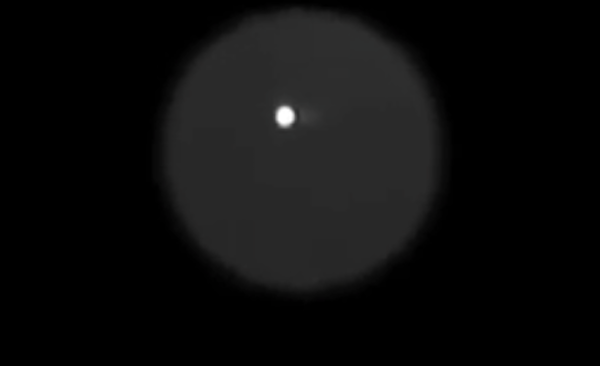 Alien entities can move about unseen due to their cloaking technology, however there is no escaping an infrared cameras eye. Infrared is an area of the spectrum that human eyes cannot see. Cameras allow us to capture alien entries and UFOs that may be cloaked. Instances of UFOs and aliens being caught on security cameras have increased 5 fold in the last two years alone and its only going to increase with more and more security cameras going up ever day around the world.
Scott C. Waring
News states:
An Auckland couple says unidentified flying objects are hanging around their property - and they have video they say proves it.


Lance and Patricia Rasmussen claim to have seen the mysterious, shapeshifting coloured orbs around their Manukau Heads home most nights for about a year.


They say they're at a loss to explain what it is, but don't believe they are drones or planes because they appear metres from their house.


The couple, in their 50s, has also contacted the Civil Aviation Authority (CAA) to ask what they thought it might be.


A CAA spokesman confirmed the conversation took place, but was not officially recorded.


"If someone wants to 'make it official' then we ask them to email us with details - in the case of UFOs we would usually tell them that if there was something untoward then we'd expect Airways or pilots to have something to say.


"In the absence of any such reports we won't be investigating it - although we are happy to record it," the spokesman says.


The representative who spoke to the couple suggested it could be drones or an approaching aircraft, but "the caller was adamant those could not be the cause".


Ms Rasmussen has taken hundreds of photos of the objects which stay around their isolated Awhitu property, where they've lived for 12 years, "all night long".


She says they normally hover just metres above their roof and make no noise.


The photos sent to Newshub show indistinct lights against a pitch black background, but one of the house's six security cameras did capture movement on Thursday night.


Mr Rasmussen described the objects as spheres "three times the size of a CD, like a big record-type thing" and said some would be less than four metres away from him when they hovered in the garden.


"I don't know if they mean any harm or anything like that, but it's pretty out there, y'know?"


The first time they saw the objects, the couple were both afraid.


He says that first sighting coincided with Ms Rasmussen ending up in hospital after developing a severe skin condition on her foot.


Mr Rasmussen says the couple just want an explanation of what they've been seeing from someone.


"We really would like to know what's going on ourselves.


"If they are people from somewhere else, best they go and pick on someone else," he laughed. 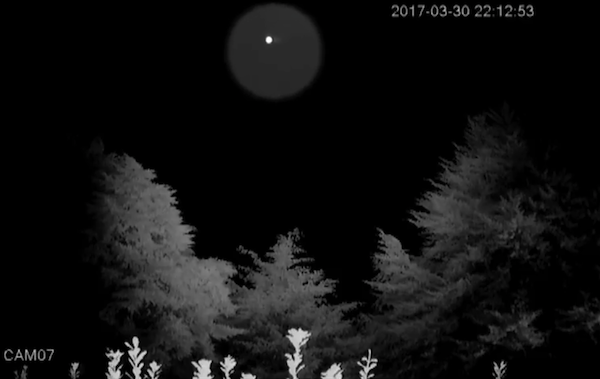 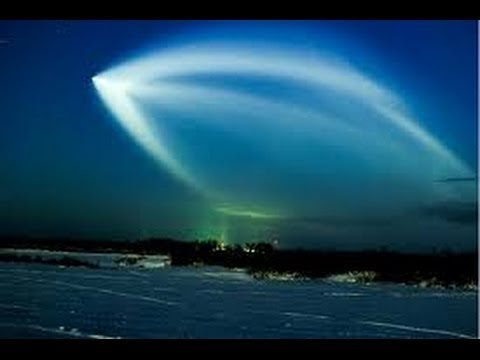