OUT OF MIND » POISON PLANET » VACCINE TRUTHS: MEDICAL INDUSTRY LIES » Triplets Regress into Autism ON THE SAME DAY — Genetics Could Not Do This! (Vaxxed Story)

Triplets Regress into Autism ON THE SAME DAY — Genetics Could Not Do This! (Vaxxed Story) 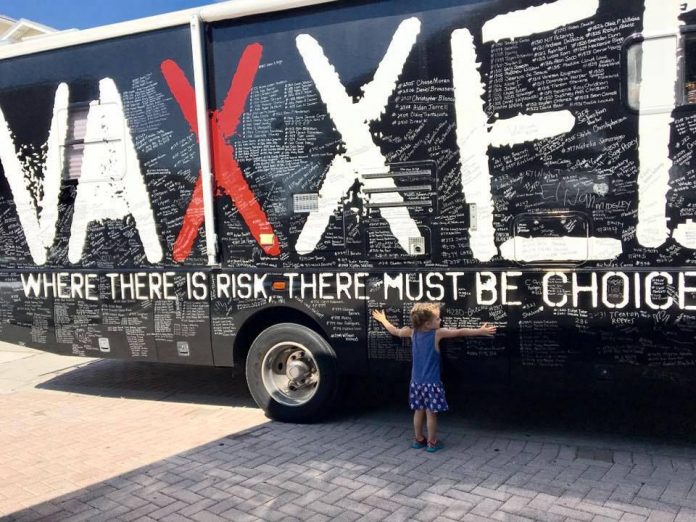 (Note from Erin: Our hearts go out to Brenda and David McDowell who are dealing with the devastating effects of vaccine damage. As my editor read this story, she welled up with tears remembering that she and her husband didn’t know any better when they vaccinated their preemie, just 35 weeks at the time. For some reason, their now 12-year-old was spared serious damage, although she does have some mineral absorption problems and did struggle for years with a deep strep infection that, thanks to homeopathy, is gone. Do your research people. This stuff is life or death.)
Years ago, the couple took their 3 healthy, happy, and engaged, 9-month-old triplets in for the Pneumococcal vaccine and by the end of that day, all of the children had changed and were never the same again. In fact, not only were they different but they were, and still are, severely autistic.
Their shot happened at 10:00 am and by noon that day, their sweet girl Claire had “completely shut off … as if she was blind and deaf. She just stared at the ceiling.” The parents recall:

“At 2:00 pm, Richie shut off. Before the end of the day, Robbie looked like he was hit by a bus … he had a stunned look on his face. All the giggles, all the smiles, all the babbling stopped all the furniture walking stopped; all their reflexes stopped. They stopped blinking, yawning, sneezing. They never held hands again … they never looked at each other again.”

Nearly 5 years later when the McDowell’s found out about vaccine injury court it was too late for them to apply. Thus far, they have spent hundreds of thousands of dollars trying to recover their children from what they eventually found out was a contaminated vaccine lot. Just a couple of weeks after they lost their darling triplets to severe autism, the lot was recalled for sterilization. And it had killed a 2-year-old but that information was hidden from the public.
RELATED ARTICLES:

The mainstream medicine loves to repeat the lie that Autism is ALWAYS genetic, not environmental and certainly not caused by vaccines. But, this family knows better and is speaking out in the hopes that people will listen. The geneticist they contacted told them this was an IMPOSSIBILITY; 3 different siblings, two boys, and a girl do not regress suddenly into autism on the exact same day, genetics don’t operate that way.

The VaxXed Bus now has the names of over 4000 Vaccine-Injured and dead people on it. How many more names need to be added before we start listening? OUT OF MIND » POISON PLANET » VACCINE TRUTHS: MEDICAL INDUSTRY LIES » Triplets Regress into Autism ON THE SAME DAY — Genetics Could Not Do This! (Vaxxed Story)