AUGUSTA, Maine — State police and other public safety officials say they have no explanation for a loud “boom” reported by residents of Kennebec and surrounding counties at about 9 p.m. Sunday.
The sound, described by various people as similar to an earthquake, a plane breaking the sound barrier and an explosion, prompted dozens of calls to Kennebec County dispatchers and Maine State Police, according to Steve McCausland, spokesman for the Maine Department of Public Safety.
McCausland said state police dispatchers checked with the Federal Aviation Administration about whether there were any planes down, and with the National Weather Service on an earthquake. They also monitored various fire frequencies, but as of Monday morning, he said, “There’s no explanation as to what residents were calling about.”
Meteorologist Chris Kimble of the National Weather Service in Gray said Monday that he and his colleagues had only heard reports of the noise, “but we don’t really know what it was or what could have caused it.”
Farmingdale resident Dave Leach said he was “jolted” by the boom at about 9 p.m. while watching the Miami Marlins play the New York Mets on ESPN in his study.
“Out of nowhere, my house, a colonial, briefly shook,” Leach wrote in an email to the Bangor Daily News. “There was no flash, just one big boom. No rumbling like an earthquake or aftershocks … kind of a mystery — the only thing close to that noise I can ever recall hearing were sonic booms from military jets at a kid growing up in central Maine in the 1960s, before breaking the sound barrier over the lower 48 was made illegal.”
Leach said his elderly mother, who lives in Hallowell, reported Monday that she heard the same “boom.”
Central Maine Power spokeswoman Gail Rice said rumors that a transformer exploded are inaccurate.
“I can tell you with absolute certainty that there were no transformer problems last night,” she said Monday.
Rice said a lightning arrestor, a protective piece of equipment, failed about an hour after the “boom” was reported, prompting 3,677 customers in the Augusta and Sidney areas to lose power from about 10:47 p.m. to 11:52 p.m.
“But we’re not sure what the boom was,” she said.
Jim Peters, spokesman for the FAA, said Monday, said the agency had no reports of any sonic booms.
Phone calls to the Kennebec County Sheriff’s Office and Gardiner police were not immediately returned on Monday.
Richmond Police Chief Scott MacMaster said Monday that about 15 minutes after a handful of reports of an explosion-like noise, firefighters went to a car fire on Toothaker Road, but no explosion was reported — although he said “there was some confusion that they were somehow related.”
Nearly 60 miles up Interstate 95 at about 9:30 p.m., two propane tanks burned at Walpole Woodworkers in Pittsfield, WGME reported.
Reports on social media indicated the sound was heard as far south as Topsham.
Beth Brogan
bangordailynews 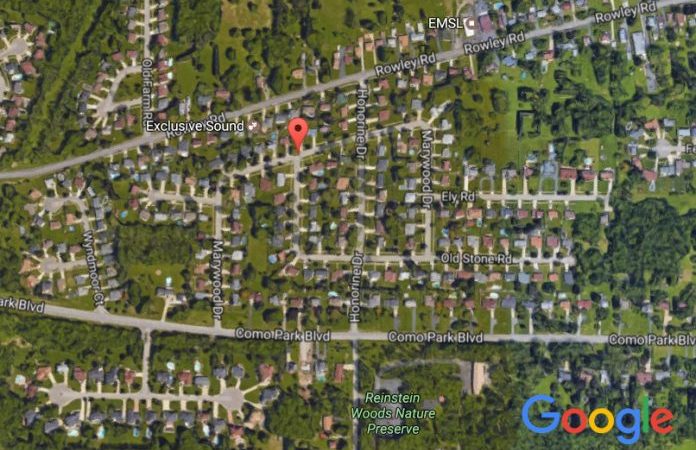 Several residents in the area of Marywood Drive reported hearing a loud boom around 2:45 p.m. Friday according to reports in the Cheektowaga Police blotter.
One resident described what she heard as “a sonic boom.” She said her entire house shook and her neighbor heard it as well.
A highway duty foreman call police around 3:20 p.m. to report a “boom” from Indian Road. He called the quarry and they said it wasn’t them. Twin Village Recycling also heard and felt the boom.
Cheektowaga Chronicle reached out to the National Weather Service in Buffalo and the Niagara Falls Air Reserve Station.
The service did not observe anything around that time and the air base said nothing military out of the Falls could have caused the “boom.”
Jim Herr
cheektowagachronicle