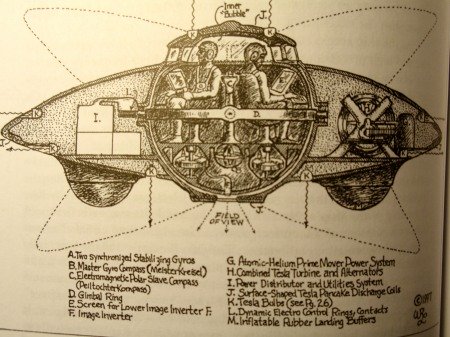 Nikola Tesla is considered one of the most innovative and mysterious men who ever lived.
If Tesla hadn’t invented and researched everything he did in his time, our technology today would be considerably worse. But is there something more to Tesla? Did he in fact have contact with Aliens as he publicly proclaimed?

He is one of the most amazing inventors our civilization has ever known his knowledge and ideas went far and beyond what was known and accepted in his lifetime. 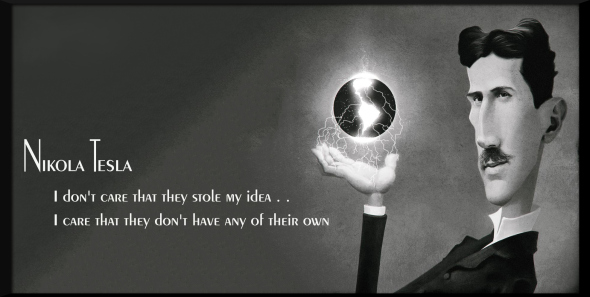 Tesla was a Genius, and his inventions and ideas had no boundaries. Over a hundred years ago, during the first decade of the twentieth century, Tesla filed a request to patent a peculiar aircraft, which he called “the world’s first flying saucer,” the worlds first man-made UFO.

The methods used in the design of the flying saucer matched the descriptions of those who claimed to have seen a from the UFO inside: with a discoidal capacitor with sufficient size to provide enough thrust to fly, while other small capacitors allowed to control the direction of the flying saucer, to which he added a gyroscopic stabilization system and an electric “drive” control.
And if all of that isn’t enough, Tesla had more; the interior of the ship was equipped with flat screens and external video cameras for the pilot’s blind spots.
Tesla’s UFO has eyes, and these were made of electro-optical lenses, arranged in quadrants, allowing the pilot to see everything. Screens and monitors are placed on a console where the browser can observe all areas around the vehicle, and Tesla’s incredible invention included magnifying lenses, which could have been used without changing positions.
Basically, it is an incredibly well-designed aircraft, one that we could actually manage to build today. Or have we already built it? What happened to this invention? Why are we not flying into space with Tesla’s incredible invention? 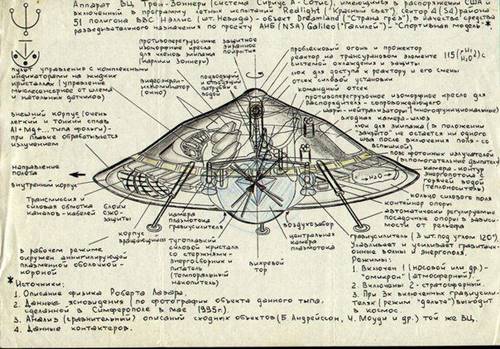 While the patent was granted, the UFO or rather called IFO as it had been identified by the insatiable imagination of Tesla, had a drawback: since the aircraft did not include an energy source of its own, it needed to be energized by the towers of wireless transmission, Tesla’s sources of “free energy”.
The lack of funding led to the abandonment of the development of the towers, so, eventually the ship also fell into darkness, and Tesla’s UFO or rather IFO was never made.
But hold on, never? Don’t be so sure because the US Secret Service seized all patents belonging to Tesla after his death “for reasons of national security.”
Now if Tesla’s ideas were insane as some had categorized them, why would the United States Secret Service seize the patents for reasons of National Security? Hmmm, lets think about it for a minute.

The ideas of the great Nikola Tesla are incredible and better yet, way ahead of its time, many of his inventions, aimed at contributing towards world peace through free energy access, but governments and financiers of the time, did not follow the progress of Tesla’s mind; years later, his groundbreaking models and technological projects were used by the Nazis (not the way he had imagined it), and now numerous of his projects are held by the secret service, far away from the eyes of the public.
Source