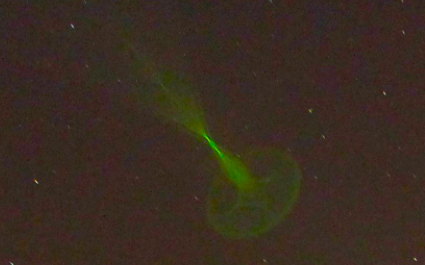 This UFO was caught at 9:40 pm in Norther Italy. The UFO is massive. The object is semi transparent, which means it is cloaked, but the camera was on a delay, which exposed it. A delay would be like setting the camera on a tripod and allowing the shutter to stay open for 5-30 seconds. This allows more light, more color and or vivid of a photo.

Amazing catch and its been seen before back in 2015 in the Netherlands. Click here to view that post.
Scott C. Waring

Eyewitness states:
I would appreciate if there is anybody who might have more information about this. I am very curious, especially after a good friend told me that she witnessed a sighting at the exact same place in 2008. 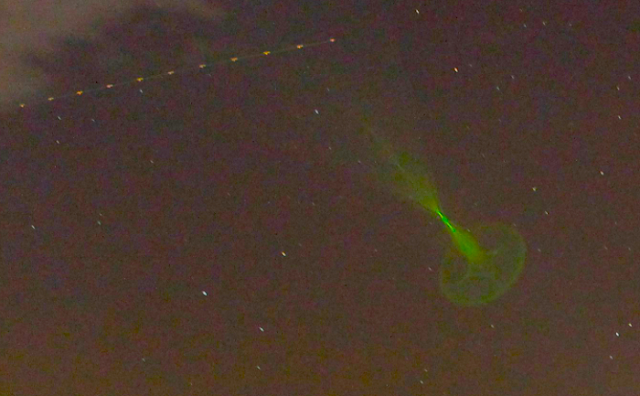 At 11:50 PM, my partner and I walked outside to see if we could catch a glimpse of the asteroid passing by the earth tonight. We walked around to the front of our property to see the full sky without trees.

After a few minutes of staring, my partner said, "Look up! There's a UFO!"

I looked up and immediately saw what he was talking about. At first I thought I saw a flock of birds flying southeast in a V formation. I kept my eyes locked on the object the whole 5 seconds I could see it.

What I thought were maybe birds were most definitely lights on a silent, triangle shaped aircraft with 7 white lights on it. The craft was very large and moving very fast.

My friend and I stepped outside, hoping to catch a glimpse of the asteroid that was passing over. Neither of us saw anything at that time.

So we walked around the yard for a couple minutes. I lit up a cigarette and looked up towards the sky. That's when I seen a triangular shaped craft of some type just appeared slowly flying over us.

I was confused at what I had seen because it was like it was there and not at the same time. I asked my friend if she was seeing this. She said she had seen it too.

It sort of picked up speed as it took off and disappeared at the same time. This thing was massive whatever it was. Super quiet like a hybrid car motor or something. Unlike anything I've ever seen before.

If it were day time this thing could have easily blocked out the sun, I'm sure of it.

It had 7 lights on it that didn't flash. The lights seemed to be white, but like sort of a dim, white light. It had lights on each side and one in the very tip of the triangle.

It felt like a long time had passed during all this, but it was only maybe 5-10 seconds from the time it showed, till it was gone. It travelled away from me on a 90 degree angle, traveling southeast towards Marianna, Florida.

Published on Apr 22, 2017
Extraordinary Verified UFO Footage! Annalist Stunned By Evidence 2017-2018 #1 Most Viewed UFO Youtube Channel Thirdphaseofmoon Shares Your Incredible UFO Videos To the World! Upload your UFO Video To Youtube, Then Copy Paste The Link To My Email! cousinsbrothersproductions@gmail.com Keep Your Eyes on the Skies! We are not Alone!

Published on Apr 22, 2017
Support The Channel: https://www.patreon.com/TheSecureteam
Secureteam10 is your source for reporting the best in new UFO sighting news, info on the space coverup, and the strange activity happening on and off of our planet. Email me YOUR footage and help us continue the good fight for disclosure!


ALL footage used is either done under the express permission of the original owner, or is public domain and falls under rules of Fair Use. We are making such material available for the purposes of criticism, comment, review and news reporting which constitute the 'fair use' of any such copyrighted material as provided for in section 107 of the US Copyright Law.