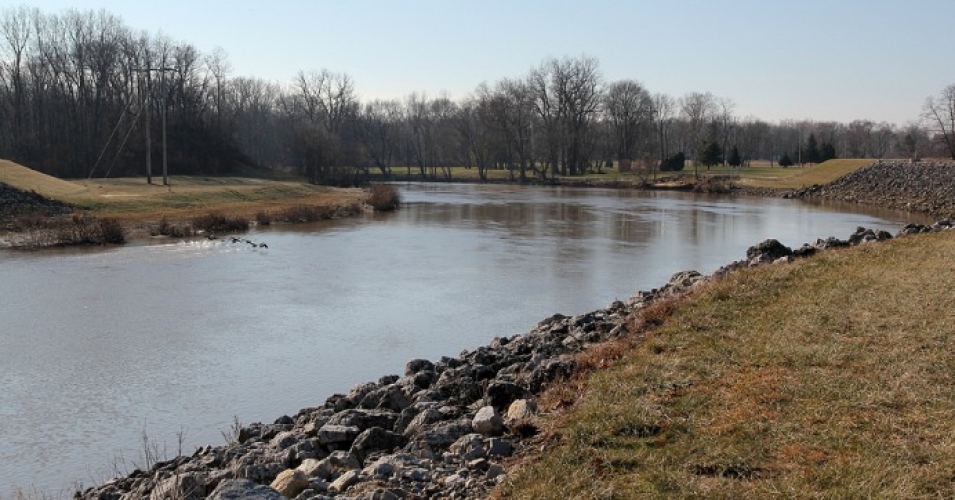 By Deirdre Fulton
The latest incident is just another ding on Energy Transfer Partners’ spotty record
The company behind the controversial Dakota Access Pipeline (DAPL) is under fire in Ohio, where construction of a separate pipeline resulted in spills of millions of gallons of drilling fluids into nearby wetlands.
“These disasters prove that the fossil fuel industry is unable to even put a pipeline into use before it spills dangerous chemicals into our precious waterways and recreation areas.”
—Jen Miller, Sierra Club Ohio
According to a [url=https://www.sierraclub.org/sites/www.sierraclub.org/files/blog/20170418-5244%2832112195%29 %281%29 %281%29.pdf]notice of violation[/url] (pdf) filed by the Ohio EPA and obtained by Sierra Club Ohio, Houston-based Energy Transfer Partners (ETP) dumped two million gallons of drilling fluids into a wetland adjacent to the Tuscarawas River in Stark County on April 13. The next day, another 50,000 gallons of drilling fluids were released into a wetland in Richland County in the Mifflin Township. The spills occurred as part of an operation associated with the installation of the 713-mile Rover Pipeline, which will move fracked gas from southeastern Ohio to distribution points in western Ohio, Michigan, and Canada.

“It’s a natural clay mud used as a lubricant for drilling, commonly known bentonite,” Lee said.
The drilling fluids coated the wetlands with a layer of mud and impacted water quality, according to the Ohio EPA documents. The bentonite clay material lubricates the drilling heads used in horizontal boring under roads and areas such as wetlands.

The larger spill in Stark County involved the same drilling fluids and covered roughly 500,000 square feet of wetlands.
As Bloomberg noted, “t’s the latest challenge for the pipeline developer that, just last year, drew heat after demolishing a historic house near the line’s path in Ohio. Then it had to race against the clock to clear 3,000 acres of trees within weeks before a bat-roosting season kicked in this year.”
And the Rover Pipeline incidents are far from the only ding on Energy Transfer Partners’ record. A [url=http://www.labucketbrigade.org/sites/default/files/ETP 2015 2016 Accidents Full Report.pdf]report[/url] (pdf) issued earlier this year by the Louisiana Bucket Brigade showed that ETP reported hundreds of thousands of gallons of spills from pipelines in 2015 and 2016 alone.
Meanwhile, the company—whose CEO, Kelcy Warren, is among the corporate moguls who cut big

checks to President Donald Trump’s Inaugural Committee—scored a big win last week when a federal judge ruled it could keep some information about spill risks secret from the public.
[url=http://hosted2.ap.org/APDEFAULT/386c25518f464186bf7a2ac026580ce7/Article_2017-04-12-APFN-US--Oil Pipeline-Transparency/id-233264796fa74d8fad521ec5c2d54a1f]According to[/url] the Associated Press, “[t]he judge is allowing the shielding of documents that include such details as pipeline maps at certain crossings, information on detecting and shutting down spills, graphs of spill risk scores at various points along the pipeline, maps of spill scenarios, oil spill volume predictions, and details related to monitoring systems.”
For Jen Miller, director of the Ohio chapter of the Sierra Club, this month’s wetlands spills merely provide more evidence that ETP can’t be trusted to protect water sources, wetlands, or local communities—especially given that construction only began in March, after the project received a certificate from Trump’s Federal Energy Regulatory Commission (FERC) in February.
“Construction just began just a few weeks ago, yet Energy Transfer has already spilled more than two million gallons of drilling fluids in two separate disasters, confirming our worst fears about this dangerous pipeline before it has even gone into operation,” she said.
“We’ve always said that it’s never a question of whether a pipeline accident will occur, but rather a question of when,” Miller said. “These disasters prove that the fossil fuel industry is unable to even put a pipeline into use before it spills dangerous chemicals into our precious waterways and recreation areas.”
Support Common Dreams Campaign – This work is licensed under a Creative Commons Attribution-Share Alike 3.0 License
(Photo: Christopher Riley/flickr/cc)