I have it on authority that The Cobra Organization, led by a female who goes by the name of Cobra, has been corrupted and is now FULLY engaging in PURE CABAL Propaganda.

Do Not Pay attention to this Cobra post as I have it from the highest Authorities that it is not only pure Cabal propaganda, but that they will have to answer for this very shortly.

I have it from Grandfather and the Highest Authorities in the Republic, that you are safe and protected and that this post is the Cabal's last ditch effort to frighten you.

Know that all is well for you, but not for the Failed Cobra organization.

NO LIGHT WORKER IS IN ANY DANGER WHAT SO EVER.

The only Canal Minions left are the Dregs of the Cabal organization who are about to be taken down. This pathetic attempt to frighten Light Workers is the most despicable action I have ever Seen the Cobra Organization stoop to. SHAME ON YOU!!!!

I called YOU OUT when YOU claimed that the Dinar and Zim would not revalue. YOU KNOW THAT IS A BOLD FACED LIE, SHAME ON YOU.

I called YOU OUT when YOU claimed that there were Toplet bombs that threatened us. THERE ARE NONE AS THOSE WERE REMOVED LONG AGO. YOU KNOW THAT, SHAME ON YOU.

I call YOU out again on this pathetic Cabal attempt to cause fear among our Light Workers when it is YOU who should FEAR. YOU KNOW THAT YOUR POST IS A BOLD FACE LIE, SHAME ON YOU.

YOU FAILED US & WILL BE REVEALED AS CABAL VERY SHORTLY

Your time of respect has come to an end. You will be revealed very shortly and all will be disclosed as to who you are, who you represent and what your TRUE AGENDA IS.

Your anonymity no longer serves the greater good. By this post of yours, you have proven yourself a TRAITOR of the highest order and will answer to the appropriate authorities.

The grace and latitude that has been offered to you and your cohorts has come to an end. You will be dealt with and very soon.

Now that the Cabal could not trigger World War 3 directly:

they have turned to electronic warfare.

Aside from many times mentioned plasma scalar weapons, they are now using directed energy weapons to their fullest, targeting key Lightworkers and Lightwarriors in an obvious attempt to remove them from the surface of the planet, as the Lightworkers and Lightwarriors with the power of their unified consciousness are one of the main obstacles in Cabal's plans to create global war.

These weapons are used by the Cabal agents worldwide, torturing a very important segment of civilian population:

Also, the Cabal has bribed many people from the general population to become unconscious co-perpetrators of those crimes against humanity. These sheeple are thinking that they are just spying on targets with a funny looking telescope, when in fact they are irradiating the target with a directed energy weapon:

A certain elite task force has begun removing key perpetrators of those crimes internationally. They „shoot first and ask questions later.“ They have issued a warning, stating that „anybody using a directed energy weapon against a civilian target, either knowingly or unknowingly, is committing a crime against humanity and may expect to be dealt with.“ They have also stated that an „international diplomatic and political scandal with far reaching consequences, exposing certain key people from the United States, responsible for use of those weapons against civilian population, may explode soon.“ 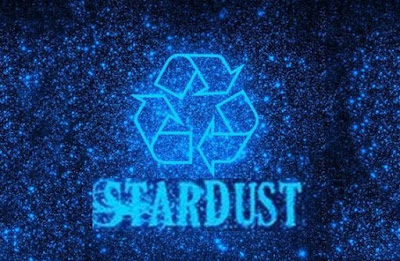 Another source has stated that „the King has declared the opening of the hunting season.“ Regarding this statement from the „King“ it is interesting to note that George Bush Sr. has received a warning from Maat:

Last Monday, the Pleiadians have contacted top Russian military personnel about the directed energy weapons issue. If the attacks on the Lightworkers and Lightwarriors do not stop, the option now on the table is to disable key organizations perpetrating those crimes with a selective EMP strike or with another similar electronic warfare operation. The first two targets mentioned were DARPA and Raytheon. 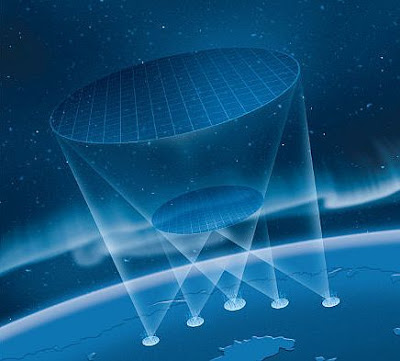 Here I need to say that while NORAD was down, the Pleiadians took certain action on the surface of the planet.

The following article was issued as a warning to negative factions within DARPA and US Air Force:

Also, power outages in San Francisco, LA and New York were NOT a coincidence:

Now it is of the utmost importance for all Lightworkers and Lightwarriors to invoke and anchor the Light as much as humanly possible, although I am fully aware that we are tested beyond limits. Here is a very good and effective example of how to do this: 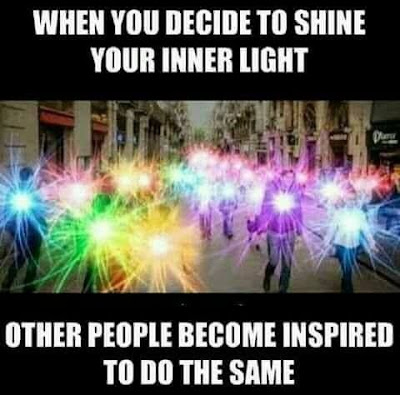 The other extremely important thing is to awaken as many people as possible to the reality of directed energy weapons. The easiest way to do that is to make the following article viral through your blogs and your social networks:

Our unified awareness and consciousness will transmute this situation, as it has transmuted countless situations before.

Victory of the Light!

Received by email from Mr. Ed...

Intel on the Chimera Group, from Mr.Ed

I do not wish to get in a mud slinging contest...but in light of recent comments being posted about Cobra being cabal is only an indication that whom ever is saying this is ignorant to the facts and has not followed his work or done any research.

It would be best to educate your self on a topic prior to making accusations that are unfounded.
I know a friend who attended one of Cobra's World Conferences he did a few years ago and he met him and spoke with him and I am here to tell you he has a wife as well.

Cobra and his blog site states right at the top of the page:

Cobra is the furthest thing from the cabal and anybody who thinks otherwise is a fool. I know he is off about cannabis...but so is Sheldan Nidle...but I don't hold that against them and I do not discredit all they say because of it.  I compiled this info on the Chimera Group a few years ago and I think more people need to read it and become more familiar with the true root of the problem here. 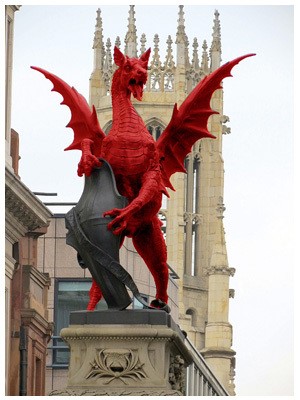 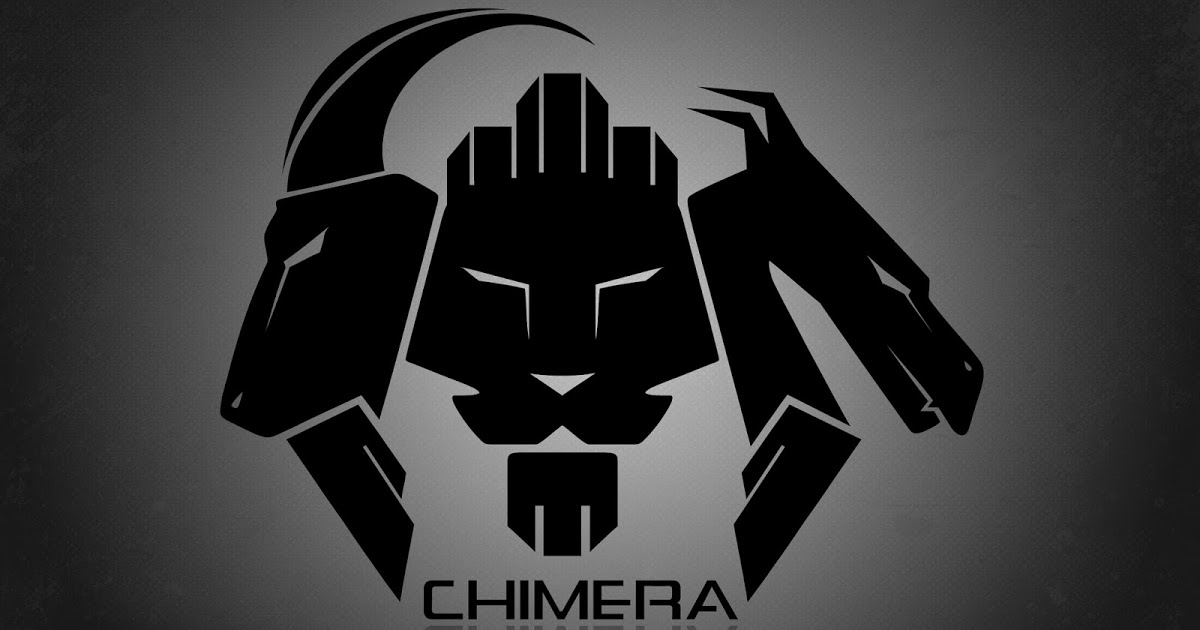 [Kp note: a short Cobra statement is at the end.]
Cobra posted an update a couple days ago. So I read it, posted it, and then paid no more attention to it. But then another article (henceforth called, “other article”) came out (centered on Cobra’s update), and it’s been zooming around the internet tubes and I’m sure many have run across it, and I’m sure many have an “opinion” about it.
I am not concerned with any of those “opinions”.
In this short bit here, I am simply speaking from what I “get” from my own Higher Inner Discernment (HID) sense. Any time I read something, I pass it through those “Higher Inner Discernment” filters (well, most of the time, at least).
Now, when I read and posted that Cobra update, I could not speak from my own experience with such directed energy weapons. A few others I’ve known about or spoken to have said they felt they had been “targeted” by such things, however. And yes, there are times when I myself have felt some “outside” energy influences perhaps trying to interfere with my own energy type work, and I dealt with those in my own way. Usually by just “pressing on” with the mission (and maybe calling in an Archangel Michael or two).
But with Cobra’s update, I personally perceived no intent whatsoever to “fear monger” or “fear porn” in there, rather it was a “be aware of this” and “here’s how to protect yourself from it” article. With that “other article”, however, it appeared to possess an intent to discredit Cobra (and his Light community) and the work they have done and are doing to prepare us for Ascension. So what else is new??
Please note that is MY sense, and I’m not saying it is anyone else’.
There are many pro-Light workers on this planet, with different arenas of operation. And even though I do not always understand all the aspects of what each does (including Cobra), I still “get” that they are working with and for “The Light”, in their own way.

As far as that “other article” is concerned, I personally do NOT view that as one I personally would pay any attention to (and I didn’t, until a few brought it to my attention). I know nothing about who the author is, and am saying nothing about that, as it is not part of my “personal business” operational arena.
There are many working for the Light and there are many who are “partners in contrast”. They are all valuable (to me, at least) in developing that HID (Higher Inner Discernment) aspect of our Selves, and helping us to listen to that HIT (Higher Inner Teacher) being.
Okay, enough of this. Time to move on.
Aloha, Kp
[Ending note: I did receive a Cobra response from an email I sent to him about this. Here it is: “I definitely have no intent to spread fear, only intent to increase awareness.”]

Thanks to KP at: https://kauilapele.wordpress.com