Today at 3:49 am by RamblerNash

Today at 3:37 am by RamblerNash

Today at 3:30 am by RamblerNash

» Social Distancing: Based On Computer Model Created by 15-Year-Old, Not Science

OUT OF MIND » NEW CAGE WOO SLINGERS, UFO & DINARIAN FRAUDS & THOSE THAT BUST THEM OUT! » JERZY BABKOWSKI aka ZAP & SUSAN » Jerzy "the ghoul" & POOFness for APR 24: THIS WEEK (Begins With MORE BULLSH*T Pandering! GIVE ME MORE MONEY!!)

Jerzy "the ghoul" & POOFness for APR 24: THIS WEEK (Begins With MORE BULLSH*T Pandering! GIVE ME MORE MONEY!!)

The funds made it to the outside from last night’s information. We are monitoring progress almost by the hour but it is a useless exercise as it will take a couple of days to wind its way through the clearance process and the paymaster, but it is still something to do and watch it happen for the first time ever.

All our preparations are pretty well done and we are ready for it all. But….

We are dry and need to help the usual suspects please. Here we are at the end of line and they are at end of line themselves, so one more time I am in front of you asking for them. The need has grown at the last minute as we tried to do it all ourselves by selling some stuff. Other team members have even pawned some valuables. Their level of commitment is quite amazing and very strong and I bow to them for this. But these resources run dry too.

Regardless, we are just about there. I have not heard much this morning on the zim or dinar front but I figure that will come this afternoon. Once I know anything more concrete I will write again as that part of the releases is here and working. I do not know what the gurus are telling you as I do not read those messages (no time really) but the intel I get, when I get it, is raw data or if there is no time to do the call, I get it one level down when they call me. My feeling is that it will escalate this week with more deposits and more exchanges scheduled. Bonds I will know tomorrow as these assets are to be done after currency starts but not too much is being said on that front yet.

Thank you for helping yet again. They thank you. I thank you. By Wednesday or Thursday everybody will be ok and we can begin.

PS: skype from Larry re: Mary

Having difficulties with my vsee. But I wanted to bring U an update on MC - first of all her blood count went down to 4.1 so her sister used $150 of the $430 for a blood transfusion. Her count is now stable and it is at 6.0. Holding her own right now but weak.

They used the remaining $280 to pay for 4 nights and food for MC. They R paid up at hotel thru tonight only!!

So we need to get her funds for hotel Tuesday thru Thursday night and figure we will finally get a wire in our accounts by then. 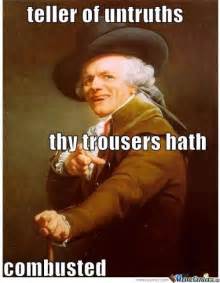 Posts : 345
Join date : 2017-03-05
As I have pointed out and repeated many times the biggest tragedy is that there are people with such low brain capacity that believe in such absurd nonsense.... I ran into a guy some time ago who was so enthusiastic about his Petchili Bond talking dead serious about $2 Trillion redemption for it. I had 20 of such bonds in my laptop bag.
I didn't know how to clear his mind and came up with a Football Stadium... I asked him if he knows or can at least imagine $2 Trillion spread evenly on the ground?... It would be $$$$ up to your knees I said. He looked at me and said that is great!!!... Not even for a second the sick dude would come to his consensus what it means as those people who believe in those trillions or quadrillions are taking this as serious as can be. So Babkowski and f...rs like him know there is plenty psychos out there who believe in such unimaginable rubbish.
Not much we can do about that real. The lies right there: deterioration of Human brain!!!.

OUT OF MIND » NEW CAGE WOO SLINGERS, UFO & DINARIAN FRAUDS & THOSE THAT BUST THEM OUT! » JERZY BABKOWSKI aka ZAP & SUSAN » Jerzy "the ghoul" & POOFness for APR 24: THIS WEEK (Begins With MORE BULLSH*T Pandering! GIVE ME MORE MONEY!!)