By Deborah Byrd in Earth | April 25, 2017
Antarctica has 12 million penguins and 5 penguin species, according to a new report released today. But at least 2 penguin species have recently and significantly declined. Image via Oceanites.
April 25 is World Penguin Day, timed to coincide with the annual northward march to the sea of Antarctic penguins, as autumn edges toward winter in that part of the world. There are 12 million penguins in Antarctica, according to a new report – the inaugural State Of Antarctic Penguins 2017 (SOAP) report – also releasing today. The non-profit organization Oceanites (“ocean-eye-tees”), which released the report, says it is the most comprehensive survey of Antarctic penguins yet. The report includes all five penguin species found in Antarctica (emperor, Adélie, chinstrap, gentoo and macaroni) and indicates that Adélie and chinstrap penguins have declined significantly in recent years, where warming has occurred on the Antarctic Peninsula.
Download the entire State of Antarctic Penguins 2017 report here 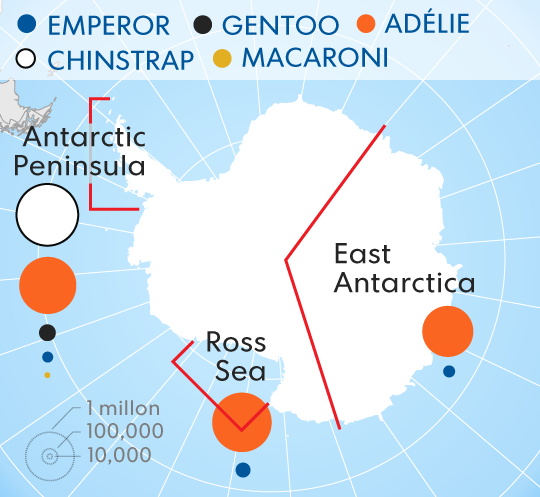 Source: State of Antarctic Penguins report. Graphic via Frank Pompa, USAToday.com.
Oceanites was founded by Ron Naveen in 1987, who describes his job like this:

The 12-million-penguins number is calculated, of course. No one actually counted them all. But the report does aggregate data from 660 or more sites across the Antarctic continent and draws on current scientific data, including 3,176 records from 101 sources of on-the-ground colony counts and satellite photo analyses. 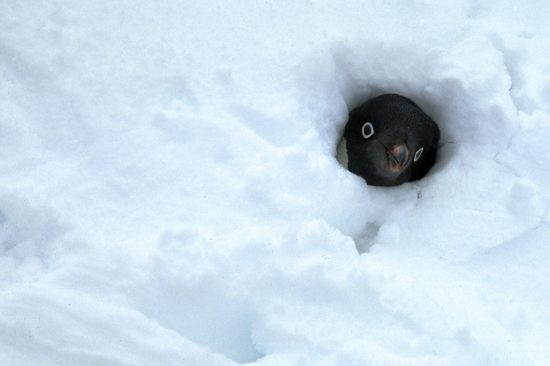 Image via Oceanites.
Ron Naveen will be holding a press conference on April 25 ([url=https://www.dropbox.com/s/ownh7p1in8d8gh1/MEDIA advisory_final_penguins.4.13.17.docx?dl=0]details here[/url]) to discuss the report and its findings. He said in a pre-conference statement:

In one generation, I have personally witnessed the precipitous decline of once abundant Adélie and chinstrap penguin populations. These iconic birds are literally canaries in the coal mine. They provide critical insights into the dramatic changes taking place in the Antarctic. What’s happening to penguin populations can have important implications for all of us. 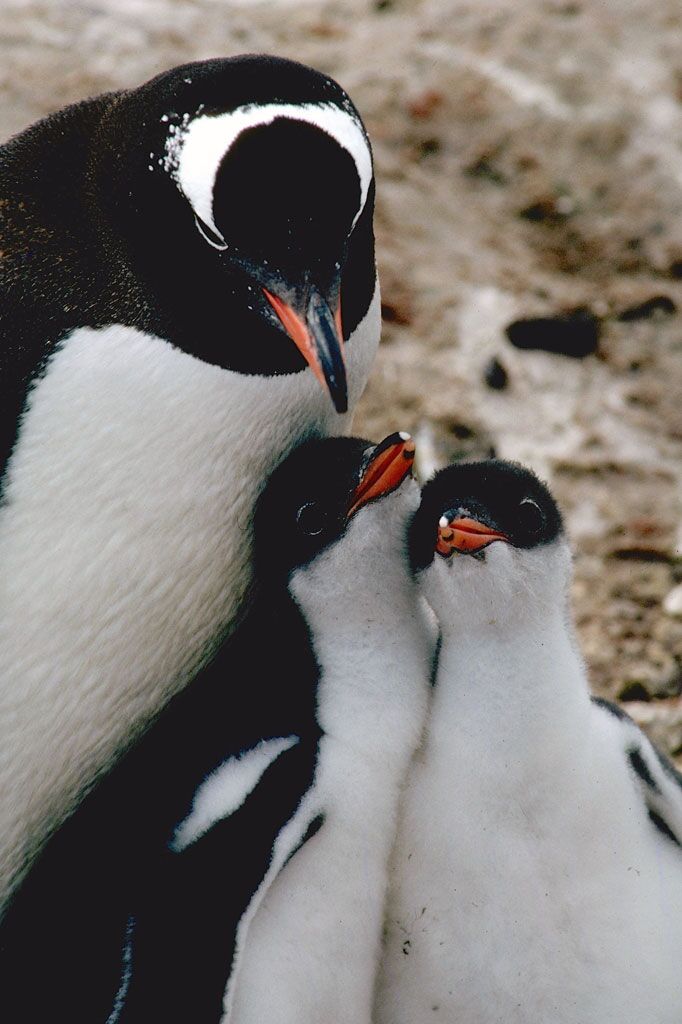 We can now use advanced satellite technology and data analyses to better understand how these penguin populations are changing. By integrating expert biological field surveys, satellite imagery analyses, and citizen science, we can further enhance our ability to understand the changes taking place in an incredibly important world we are just learning about. Emperor penguins, via Fritz Pölking/ WWF.
Bottom line: An inaugural State Of Antarctic Penguins 2017 report, released April 25, 2017 on World Penguin Day, calculates the number of penguins in Antarctica as 12 million. It also indicates at least 2 penguin species (Adélie and chinstrap) have declined significantly where warming has occurred in Antarctica.
10 emperor penguin facts from WWF in pictures, via the Guardian
Pop quiz for World Penguin Day, from Oceanwide Expeditions