I was going through the Colima volcano archives and found this amazing UFO as it makes a sudden hard right turn, and heads for the volcano base. I believe that the UFO was heading to and underground base that is located about 4-5 miles below the Colima volcano. This volcano is defiantly on the top ten list for being one of the most popular locations for UFOs. There are actually two UFOs, one close and one far in the video at the bottom of this post.

This UFO is huge, its behind the volcano a bit and the mouth of the volcano is about 600 meters across, which means this UFO is 100 meters! Thats big for buzzing around our skies.
Scott C. Waring 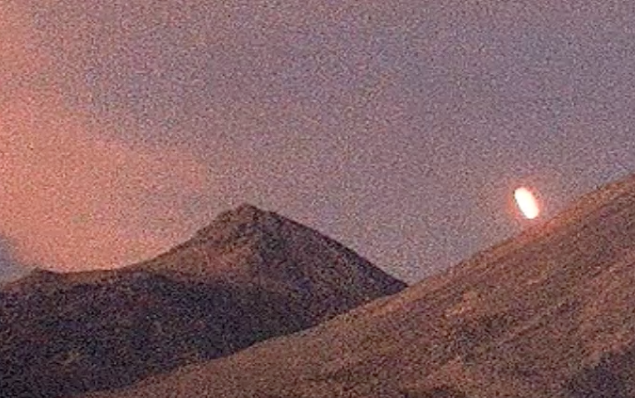 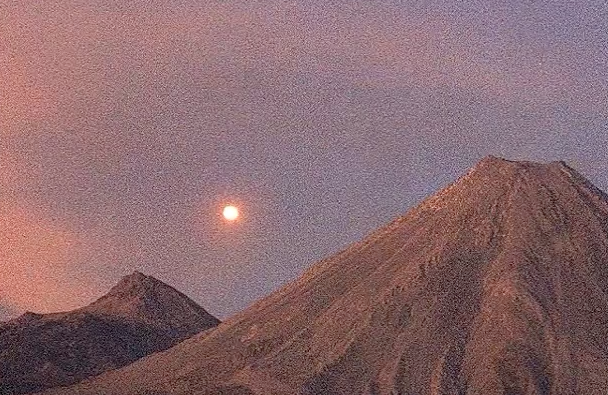 Published on Apr 29, 2017
www.ufosightingsdaily.com
I found this in the Colima volcano archives. I have to call it hovering...

Upon review of the night of 4/19/2017, I found I had captured an object that seems to fade into view and slowly moves in a northeast direction; moving so slowly I have to call it hovering.

It brightened, then fades away, just as it appeared, it seemed to be under intelligent control, and the incident lasts for a full 5 seconds.

The attached video shows a real-time 'raw' footage, then highly zoomed, and slowed by 50%.

Then I applied an 'edge detection' and further slowed to 30% of real time. I noticed flashes all around the object become visible when slowed.

After the video I provided close-up stills, with both negative photographic value, and 'green-screen' for comparison. The stills show the object appearing to 'morph', while in movement.

The orientation of the camera is; north is 'down', east is right-side of picture, filming Ursa Major area, but full-spectrum photography doesn't pick-up Starlight very well.

Camera is equipped with a microphone, but the incident is silent.

Published on Apr 30, 2017
Corpuscular ship is constructed in detail in accordance with the law of God in the form of light energy. Light corpuscular ship is therefore better as a spiritual power manifested corpuscular ships. The ship can move faster than light. When the object moves faster than light, disappearing from sight. Goes into another dimension.
The human eye sees everything that is inside of the light spectrum. When I mention the light spectrum and hit the light spectrum of the sun. With increased intensity of light would blind man. His senses would not notice a higher form of vibration. It can not therefore see the world resulting on a different frequency, although located around beside him. Corpuscular ship can move at high speed. It is therefore invisible to the human eye. By increasing the energy of the corpuscular vessel there is an increase of its speed. If it goes into the vessel by its frequency, it means that moves slower than the maximum speed. This makes it the human eye sees. It manifests itself in the form of light. Reducing the speed to changing light and the human eye, the ship must appear as a solid object. If the moving ship and if it stays on the molecular level, the maximum rate will remain invisible to the human eye. That they are explained in words that corpuscular ship may be the front door of your house and you will not see it. The ship can come to a man secretly. People of it may remain hidden from man.
The people of the corpuscular vessels reduces its frequency to a protein molecule in the cell become visible to the human eye. They therefore come secretly and suddenly appear before you in the form of light and energy. At that moment comes the light source, the energy in the form of spirit. You will be influenced by your spirit will be affected the most energy, which manifested itself around you and you will be allowed contact with corpuscular ships. In contact with them you should not worry. Believe me, it's something natural. There is nothing mysterious. Only one who manifests the spirit of mentally able to take this energy will be able to experience the transition from one age to another.