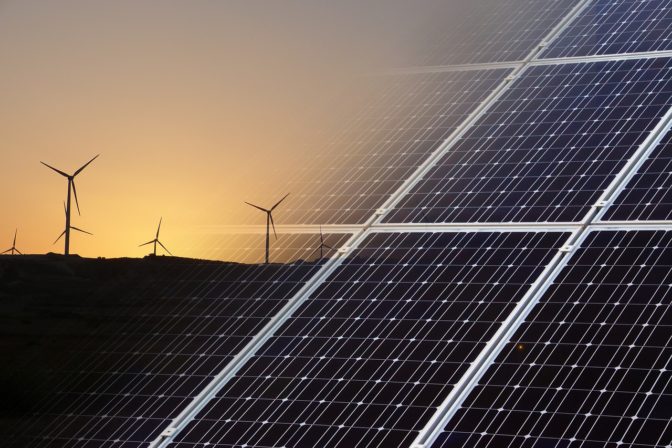 Written by Justin Gardner
In yet another indication that the clean energy revolution is well underway, a new report finds that solar and wind jobs are growing 12 times as fast as rest of the U.S. economy. These jobs have grown by about 20 percent annually in recent years.
The report from the Environmental Defense Fund (EDF) notes that renewable energy jobs, totaling about 769,000 by the end of 2015, experienced a compound annual growth rate (CAGR) of nearly 6% since 2012, while “fossil fuel extraction and support services slumped, with a -4.25% CAGR over the same period.”
Market forces are driving this phenomenon, due to dramatic reductions in manufacturing and installation costs, coupled with stagnant demand for oil and coal. Unsubsidized solar is now as cheap as coal and natural gas and even wind in emerging markets, and solar prices will continue to rapidly fall.
What’s more, these renewable energy jobs cannot be outsourced due to their on-site nature and they pay above average wages.

“Many jobs in the solar and energy efficiency space are in installation, maintenance and construction, making these jobs inherently local and contributing to the growth of local economies. Average wages for energy efficiency jobs are almost $5,000 above the national median, and wages for solar workers are above the national median of $17.04 per hour.”

Sustainability jobs – meaning those in energy efficiency and renewable energy, as well as in waste reduction, natural resources conservation and environmental education – now total 4-4.5 million in the U.S., up from 3.4 million in 2011.
Energy efficiency jobs represent about half of these jobs at 2.2 million, the majority of which are in small businesses with 10 employees or fewer. Investing in this sector is wise, as “energy efficiency investments create more jobs than those in fossil fuel industries: estimated at approximately 8 jobs (direct and indirect) per $1M invested compared to about 3 jobs in fossil fuels.”
As we reported in January, the solar industry employed more people in electricity generation than gas, coal and oil combined. Cheap solar and natural gas prices – not government policy – have been driving coal out of the market since 2006.
Trillions of dollars will be invested worldwide in clean energy over the coming decades, and utility companies in the U.S. have already focused on clean energy due to a variety of factors including the predicted continual drop in prices.
All of this means that any efforts by the Trump administration and new Congress to prop up fossil fuels and stymie clean energy would bring a severe detriment to economic and job growth. Trump has been harping on ‘bringing back coal jobs,’ but as Bloomberg News points out, “renewable energy provides five times more jobs than coal mines.”
Not to mention the fact that mountaintop removal – the preferred method of coal companies – obliterates vast swaths of forested habitat and fills streams and valleys with toxic waste. The pollution from coal mining degrades the health of nearby communities where coal miners live. The health impact of fossil fuel burning is estimated at $74.6 billion every year.
Bloomberg notes that solar and wind jobs, totaling more than 300,000 in the U.S. in 2016, are “a significant source of employment in many of the rural red states that supported Donald Trump’s campaign.”
“We’re hiring workers in the rust belt,” said Tom Kiernan, CEO of the American Wind Energy Association. “We’re helping families keep farms they’ve held for generations. The lifeblood of our industry is in rural America.”
Most indications at the moment are that Trump and his cadre of fossil fuel advocates set to run federal agencies plan to cut clean energy research and development programs. While the free market will continue pushing our energy paradigm toward renewable energy, a federal government working against the tide could mean that the U.S. misses out on the economic opportunity of the clean energy revolution.
Originally posted @ The Free Thought Project