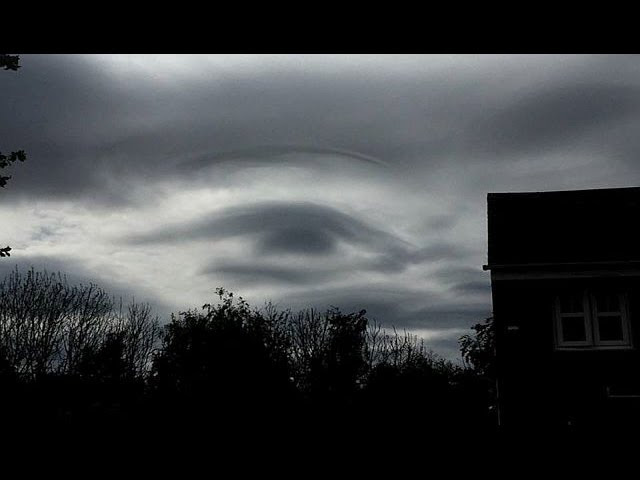 Published on May 6, 2017
An eerie cloud that appeared above Leeds, Yorkshire UK formed the perfect shape of an eye, right down to the eyebrow.
Graham Telford, a facilities manager, who spotted the cloud on April 3, 2017 shared the amazing image to fellow cloud watchers and told to news outlet Metro: I have never seen anything like this before, the cloud looks exactly like an all-seeing eye, it was amazing."
Source: http://ufosightingshotspot.blogspot.pt

Published on May 6, 2017
The Sign of the Time - The Time Has Been ...
So even you, when you see this happening, know that time is near, in front of the door.
Marek 13,29
Something very strange is going on in recent years in the atmosphere on the planet
Whether it comes to aliens, changes in the earth's core or CHEMTRAILS, HAARP?
People all around the world take photos of this strange phenomena. Why are they appear and what is the meaning of them? What is going on? Can it affect a human evolution? What do you think about that?
Watch the video and judge for yourself.
Why are natural disasters still growing? What is waiting for us? What are all these horrors going for? Is the history of our rebellious world coming to an end? J
The Sign of the Time - The Time Has Been ...
Nature was going crazy. Do not you think? All the earthquakes, droughts, floods, heat, frosts, landslides, hurricanes, forest fires, tsunamis ... Memoirs will tell you that the natural disasters were far from being so frequent and powerful today. Even people are crazy. Do not you think? Torture and abuse of young children, kidnappings, senseless murder, brutality, general disrespect to life, sexual and other perversions, self-exacerbated selfishness, disintegrating families, broken relationships, executions of innocent people in God's name, obsession with property, ... What about famines, malignant diseases, wars, polluted water, breathless air? Where does the world go? Is everything all right or is hell waiting for us on earth?
I will give signs in heaven and on earth, blood, fire and pillars of smoke. The sun will turn into darkness and moon into blood, before the great and dreadful day of the Lord comes.

Guest
If we can't know let alone feel the vibrations of a nearing of what its to be regardless how stoned one is in this era :)
Our Planet/Universes are in total take over my feeling an yes there is a CHANGE A COMIN


Regardless of ascensions but the reality we are under 100% siege of awakening..
Ones whom ignore the signs since the beginning of time are ones as I see it pheasants in the cobble stone paths since an before TIME they keep ignoring as being shut down consciously

Our forces of Good an or Bad are upon us like NOW!