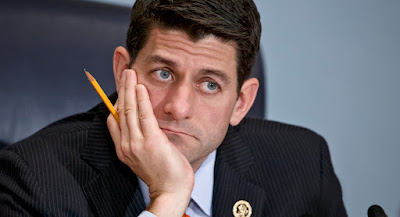 Let's go backwards to move forwards shall we.

At 8am Tuesday morning on 9/11/01 a missile was fired from a Blackwater helicopter and hit one of two twin towers called the World Trade Center.

This was done to both stop the first Global Currency Reset from occurring as well as start WW3 in the Middle East by being he US military into the fight (not dissimilar from the bogus Japanese Pearl Harbor attack).

Twenty minutes later, Israeli Mossad agents detonated a small nuclear device in the parking structure is one of the buildings while floors above were also controlled detonated, and a cold fusion technology was used to vaporize nearly all of the crumbling concrete and steel.

All pulverized into molecular dust in less than half a day. And into war went, and still are 16 years later.

Ironically, both iconic towers were built in 1970 to be destroyed for this exact time by the Dark Nobility of Eastern Europe, with both missiles graphically disguised as a planes said to be hijacked by "radical Islamists" from Saudi Arabia and Afghanistan.


The military, political, geopolitical and media cover up was extensive and very well planned many years in advance.

The cover up still continues to this day.

Donald J. Trump was quick on the scene explaining what had happened to the towers. So why DJT?

He had been prepared for said bogus interviews well in advance and was just serving his foreign masters Israel, as a Mossad American based business operative.

Remember Mossad's motto is "By way of deception, we shall do war."

Trump's just doing the exact same thing now, playing a different role for them as our president (who is not really President due to the corporate bankruptcy in 2012).

Nothing that comes from his mouth is to be believed. Zip. Because it's all pre-scripted by Russia/China/Republic to achieve a larger, future transitionary goal.

Trump is lying to the world. So is BiBi Netanyahu of Israel. So is Russia for that matter. And so is Paul Ryan and the entire US Congress, including silver haired Mike Pence. Liars all them but for very different reasons.

Some malevolent but most benevolent. Crazy world we live in huh?

Because sadly, the general populous would not be able to handle the raw truth about the evil deception on 9/11 and a host of other atrocities committed against humanity, including the perpetual subconscious enslavement by an alien species on earth.

Humans tend to reject en mass such truths and refuse to discuss matters pertaining country, culture and their world if they believe it's too far from reality.

Knowing this, the NPTB created this scripted storyline of gentle transition through righteousness defense of the national pride and yes the rule of law--always a good one to rally the troops.

This is being done to ease us all into a new reality with our dignity restored, also to prepare our conscious minds for what really lay ahead... which is much, much harder to fathom and even comprehend--alien life on the surface is the earth and embedded within our human genome.

They are mercifully giving us all massive changes in very small, slow dosages, and in a manner and fashion that we are accustomed to as not to scare the living shit out of us--in turn keeping us calm versus creating calamity.

For some that's fine, the devil they know is better than the devil they don't. For others, this pre-planned bogus storytelling is painful to witness, let alone participate in... "Lord just let it end!" is a phrase that keeps coming to mind.

But the USA is way too big to fail, and the US economy along with the US dollar far too important to just liquidate and create an immigration / emigration nightmare.

Most know the largest US Treasury bond holders & USD debt holders were China, Russia. And they demanded immediate and equivalent compensation for their sovereign investments per international law.

That's why back in the fall of 2012, even before the Federal Reserve went bankrupt, President Obama was forced to meet in Rancho Mirage, California with then new Chinese President Xi Jinping.

They agreed to the following opening sovereign bankruptcy work through terms:

1) Eliminate the fiat Federal Reserve US Dollar and replace it with a new gold backed USN, even agreeing to print new currency that represented this change (later released in April 2013 and is our current paper money).

2) Allow China and Russia to have full legal authority over all military operations and budgeting.

3) Agree to a management transition plan and timetable that replaces the old USA, Inc. corporate leadership with brand new, handpicked Republic of the United States of America leaders.

Paul Ryan was born out of this compromise, as was Mike Pence. And why both lie in support of Donald Trump as part of the larger story telling exercise.

That goes for Congress--all of them are lying and singing for their amnesty suppers. It would be funny if it weren't so fucking tragic.

Hillary Clinton and Donald Trump were just two old cabal operatives picked to play patsy roles until the Republic government transition was complete--and they would each be removed from the public spotlight when deemed necessary.

Obviously, Hillary went first in November, now DJT is being shown the door, so the before mentioned Republic leadership can assume public control over the country and our new USN currency.

Flash forward to today, and Russian Foreign Minster Lavrov is in the White House going over Trump's final exodus timeline as well as Ryan's eventual Presidential insertion when both he and Pence declare DJT unfit to lead and get 2/3 Congressional support to impeach him (unless his resignation comes first).

Hey, at least now you know this massive transition of power has already occurred, so do be patient with the general public as they are slowly brought along.

That's why we the enlightened are made to follow the charade instead of convert our currency and move on--as believe it or not--it creates more calm than calamity even though it feel otherwise.

It is also why Trump is being linked so repeatedly to Russia in the media, because Ryan is really the Russian/Chinese choice for running our nation.

Notice how mass media is doing everything they possibly can to keep the coups d'tat of the United States out of our public attention--like somehow what's happening now with Trump is normal.

But make no mistake, our handpicked leaders now live, work and play in a Russian / Chinese master planned world. And old Trump is just taking the fall for all our mistakes since our nation's founding back in 1776.

So much so, China came and went before all the fire works began this week--even allowing a bogus military drill to test Russian anti-missile readiness to be fired while they were in town meeting with Trump.

Notice too how China is not mentioned anywhere in the mass media as remotely being a co-conspirator of the USA overthrow (i.e. sovereign bankruptcy work through).

It's their gold, thus their new financial system, and they make the golden rules above and beyond even Russia--who was made to play the villain while they get to play to be the good cop above the fray.

And if us fast asleep Americans want our sovereignty restored and our military decision making returned to an autonomous status again, we will do exactly as they request or lose our seat the sovereign asset backed money table.

Every nation will for that matter. And that's a fate worse than death. Even for Israel.

9/11 = Attempt to start WW3 in the Middle East and drag the US military into the conflict through false flag deceit.

Trump = Mossad Agent forced to do whatever Russia/China/Republic want him to do (including firing Comey) while taking all the blame.

Ryan = Russia & China's whipping boy in exchange for getting to run the country for two terms and become this generation's Ronald Reagan.

Believe or don't believe... either way you're right.

God is with us.