OUT OF MIND » THE INSANITY OF REALITY » FINANCIAL COLLAPSE » Verified Warnings From Former U.S. Presidents About the “Invisible Government” Running the U.S. With “No Allegiance To the People”

Verified Warnings From Former U.S. Presidents About the “Invisible Government” Running the U.S. With “No Allegiance To the People”

Verified Warnings From Former U.S. Presidents About the “Invisible Government” Running the U.S. With “No Allegiance To the People” Sat Sep 08, 2012 5:24 pm

Admin
Posts : 108252
Join date : 2012-01-04
Location : Woodstock Nation
Verified Warnings From Former U.S. Presidents About the “Invisible
Government” Running the U.S. With “No Allegiance To the People”


“Those who do not learn from history are doomed to repeat it.”- George Santayana


Past presidents of the United States and
other high profile political leaders have repeatedly issued warnings
over the last 214 years that the U.S. government is under the control of an “invisible government owing no allegiance and acknowledging no responsibility to the people.” 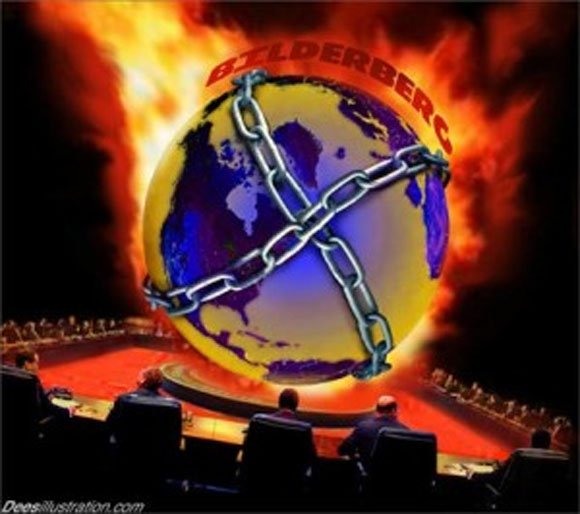 According to a half-dozen of our former
presidents, one vice-president, and a myriad of other high profile
political leaders, an invisible government that is “incredibly evil in
intent” has been in control of the U.S. government
“ever since the days of Andrew Jackson” (since at least 1836). They
“virtually run the United States government for their own selfish
purposes. They practically control both parties… It operates under cover
of a self-created screen [and] seizes our executive officers, legislative bodies, schools, courts, newspapers and every agency created for the public protection.”


The sources for the above quotes (and
more) are listed below. All of the quotes listed in this article have
been verified as authentic and have associated links to the source
materials. Also included below are statements made by David
Rockefeller, Sr, former director of the Council on Foreign Relations
(CFR), and Federal Reserve Chairman’s Alan Greenspan and Ben Bernanke that appear to confirm some of the warnings.

Warnings About the Invisible Government Running the U.S.


The warnings listed below, which appear in chronological order, began with our first president – George Washington.
The last president to speak out was JFK, who was assassinated. Read
what they and other political leaders have said about the invisible
government.

“It was not my intention to doubt that, the Doctrines of the Illuminati,
and principles of Jacobinism had not spread in the United States. On
the contrary, no one is more truly satisfied of this fact than I am. The
idea that I meant to convey, was, that I did not believe that the
Lodges of Free Masons in this Country had, as Societies, endeavoured to
propagate the diabolical tenets of the first, or pernicious principles
of the latter (if they are susceptible of seperation). That Individuals of them may… actually had a seperation [sic] of the People from their Government in view, is too evident to be questioned.” – George Washington, 1st President of the United States (1789–1797), from a letter that Washington wrote on October 24, 1798, which can be found in the Library of Congress. For an analysis of Washington’s warning, see the article “Library of Congress: George Washington Warns of Illuminati”

“I sincerely believe, with you, that banking establishments are more dangerous than standing armies.” —Thomas Jefferson, 3rd President of the United States (1801–1809) and principal author of the United States Declaration of Independence (1776), in a letter written to John Taylor on May 28, 1816


“A power has risen up in the government greater than the people themselves, consisting of many and various powerful interests, combined in one mass, and held together by the cohesive power of the vast surplus in banks.” – John C. Calhoun, Vice President (1825-1832) and U.S. Senator, from a speech given on May 27, 1836


Note that it appears that Washington’s
and Jefferson’s concerns regarding bankers and separation of the people
from the government was realized by 1836. This fact was confirmed in a
letter written by FDR in 1933 (see below) in which he wrote that “a financial element in the large centers has owned the government ever since the days of Andrew Jackson.” Jackson was the seventh president of the United States (1829-1937). Calhoun served as Jackson’s vice-president from 1829-1932.


“A great industrial nation is controlled by its system of credit. Our system of credit is privately concentrated. The growth of the nation, therefore, and all our activities are in the hands of a few men… [W]e
have come to be one of the worst ruled, one of the most completely
controlled and dominated, governments in the civilized world—no longer a government by free opinion, no longer a government by conviction and the vote of the majority, but a government by the opinion and the duress of small groups of dominant men.” – Woodrow Wilson, 28th President of the United States, The New Freedom, 1913


“Since I entered politics, I have chiefly had men’s views confided to me privately. Some of the biggest men in the United States, in the field of commerce and manufacture,
are afraid of something. They know that there is a power somewhere so
organized, so subtle, so watchful, so interlocked, so complete, so
pervasive, that they had better not speak above their breath when they
speak in condemnation of it.” – Woodrow Wilson, 28th President of the United States, The New Freedom, 1913


“The real menace of our Republic is the invisible government,
which like a giant octopus sprawls its slimy legs over our cities,
states and nation… The little coterie of powerful international bankers virtually run the United States government for their own selfish purposes. They practically control both parties, … and control the majority of the newspapers and magazines in this country. They use the columns of these papers to club into submission or drive out of office
public officials who refuse to do the bidding of the powerful corrupt
cliques which compose the invisible government. It operates under cover
of a self-created screen [and] seizes our executive officers,
legislative bodies, schools, courts, newspapers and every agency created
for the public protection.” - New York City Mayor John F. Hylan, New York Times, March 26, 1922


“The real truth of the matter is, as you and I know, that a financial element in the large centers has owned the government ever since the days of Andrew Jackson.” — Franklin Delano Roosevelt, 32nd President of the United States (1933–1945), in a letter to Colonel Edward M House dated November 21, 1933, as quoted in F.D.R.: His Personal Letters, 1928-1945.


“Today the path to total dictatorship in the U.S. can be laid by strictly legal means… We have a well-organized political-action group in this country, determined to destroy our Constitution and establish a one-party state… It operates secretly, silently, continuously to transform our Government… This
ruthless power-seeking elite is a disease of our century… This group…is
answerable neither to the President, the Congress, nor the courts. It is practically irremovable.” – Senator William Jenner, 1954 speech


“The individual is handicapped by coming face-to-face with a conspiracy so monstrous he cannot believe it exists. The American mind simply has not come to a realization of the evil which has been introduced into our midst. It
rejects even the assumption that human creatures could espouse a
philosophy which must ultimately destroy all that is good and decent.” —J. Edgar Hoover, The Elks Magazine, 1956


“For we are opposed around the
world by a monolithic and ruthless conspiracy that relies primarily on
covert means for expanding its sphere of influence–on infiltration
instead of invasion, on subversion instead of elections, on intimidation
instead of free choice, on guerrillas by night instead of armies by day. It
is a system which has conscripted vast human and material resources
into the building of a tightly knit, highly efficient machine that
combines military, diplomatic, intelligence, economic, scientific and
political operations. Its preparations are concealed, not published. Its mistakes are buried, not headlined. Its dissenters are silenced, not praised.
No expenditure is questioned, no rumor is printed, no secret is
revealed.” — John F Kennedy, 35th President of the United States, from a
speech delivered to the American Newspaper Publishers Association on
April 27, 1961 and known as the “Secret Society” speech. Listen to Kennedy’s speech.


“The Rockefellers and their allies have, for at least fifty years, been carefully following a plan to use their economic power to gain political control of first America, and then the rest of the world. Do I mean conspiracy? Yes, I do. I am convinced there is such a plot, international in scope, generations old in planning, and incredibly evil in intent.” Congressman Larry P. McDonald, November 1975, from the introduction to a book titled The Rockefeller File.


“There exists a shadowy
government with its own Air Force, its own Navy, its own fundraising
mechanism, and the ability to pursue its own ideas of national interest,
free from all checks and balances, and free from the law itself.” – Daniel K. Inouye, US Senator from Hawaii, testimony at the Iran Contra Hearings, 1986

OUT OF MIND » THE INSANITY OF REALITY » FINANCIAL COLLAPSE » Verified Warnings From Former U.S. Presidents About the “Invisible Government” Running the U.S. With “No Allegiance To the People”

» "we have verified that 100 countries have revalued over night and more are currently running in the system. Yes the ones that you are waiting for are in this basket and as long as nothing happens (to prevent it), ,,"Tony
» The Invisible Power Controlling the US Government
»  Is The Government Still Running MK-ULTRA?
» According to the Father of Propaganda an Invisible Government Controls Our Minds with a Thought Prison
» Taking the One People’s Public Trust and Running with It