Get Microwave-transmitted WI-FI Out Of Schools—Use Hard-Wired Connections Instead Tue May 16, 2017 6:58 am 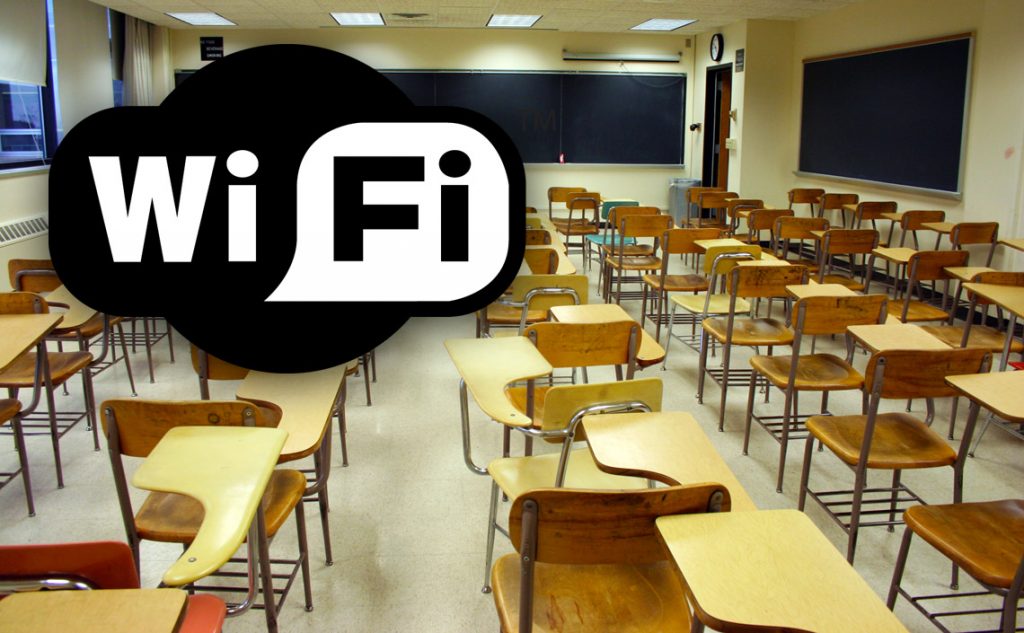 By Catherine J. Frompovich
Microwave-transmitted Wi-Fi in schools is an extremely serious electromagnetic health-compromising problem for students and teachers alike, plus at home too!  Below are 3 diagrams of Wi-Fi various exposures from routers while the fourth illustrates non-ionizing radiation, non-thermal waves emitted from a laptop computer.  Such non-thermal wave radiation has negative implications upon the reproductive systems of males and females alike. 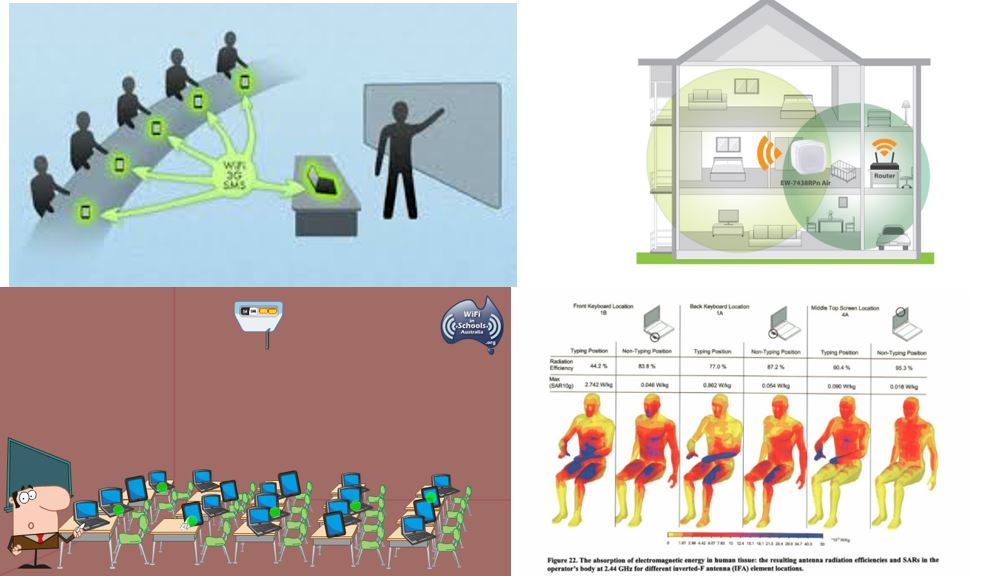 Source
Various activist groups are becoming vocal about having school districts remove traditional microwave-transmitted Wi-Fi from schools and classrooms and replace it with a hard-wired service, which works very well but does not expose students and teachers to higher gigahertz ranges of microwave energies.  The World Health Organization’s IARC classifies microwave radiation from cell phones, which is in the same energy ranges and can be higher for router-emitted Wi-Fi, as a Class 2B carcinogen [1].
https://youtu.be/YKceXHAUJ9w?
A teacher with the Los Angeles Unified School District, who is a cancer survivor and mother of six children, explains her sensitivity problems with Wi-Fi due to amalgam dental fillings, which contain mercury that actually conducts Wi-Fi gigahertz, including her heart issues from Wi-Fi exposures.  Remember, microwaves interact upon water and the body is 70% water, more content in some organs like the brain and heart, i.e., 73%, while the lungs contain 83% water!  Investigate how your microwave oven cooks food.  That should tell you something about microwave exposures.
That same teacher says students in her classrooms were having nose bleeds and 2 seventh grade students were bleeding out of their ears!  Furthermore, Wi-Fi microwaves are a class 2B possible carcinogen [1], but hard-wired Internet access can change students’ and teachers’ exposures during the hours they are in the classroom.  The teacher ends her comments with “The Constitution says thou shalt not harm, and you’re harming me.”
Here is a 3+ minute video with that teacher in the LAUSD School District presenting her testimony about how she is affected by Wi-Fi in the classroom.
https://youtu.be/wghaMbzRnb4?
The interesting part about Wi-Fi in schools is many school districts globally are ‘light years’ ahead of the U.S. education system. Many school districts, plus some countries, have removed microwave-supplied Wi-Fi from classrooms.  Personally, I think that should be done in the workplace, too, especially in all medical facilities, e.g., doctors’ offices too, where sick people congregate.  What I really can’t figure out is why a huge mast cell tower was situated across the street from a school or a hospital pumping microwaves into those settings!
Here [2] is a list of schools which have removed microwave-transmitted Wi-Fi from classrooms.
Two parents have sued a Massachusetts boarding school alleging Wi-Fi is making their son sick, which technically is called electromagnetic hypersensitivity (EHS) or medically, idiopathic environmental intolerance (IEI). [3]
If children are complaining of headaches or nose bleeds while in school, please don’t disregard those symptoms, as they can progress in severity.  The same can be said for office and factory workers exposed to GHz-microwave-transmitted Wi-Fi.  All those health problems can be alleviated by a hard-wired Wi-Fi service!
Children with neurodevelopmental problems [4] are affected more adversely by Wi-Fi, studies have found.  Children on the Autism Spectrum [4] definitely should not be exposed to Wi-Fi or any EMFs/RFs pumped out by utility (electric, natural gas and water) AMI Smart Meters...
Read more: Activist Post

Re: Get Microwave-transmitted WI-FI Out Of Schools—Use Hard-Wired Connections Instead Tue May 16, 2017 7:30 am

» MICROWAVE WEAPONS ARE BEING USED AGAINST CIVILIANS, IN THE UK AND US 1
» Measles Transmitted By The Vaccinated, Gov. Researchers Confirm
» Zika Virus Now Sexually Transmitted But That's Ok It's On Sale By The Rockefeller Foundation
» "RV is being triggered tomorrow morning Iraq time. It will be transmitted to the UST and they will release the rate to FOREX in the AM US time":EXOGEN
» Why We Should All Get Rid Of Our Microwave Ovens