Study Shows How Fasting For 3 Days Can Regenerate Your Entire Immune System Thu May 18, 2017 7:36 am 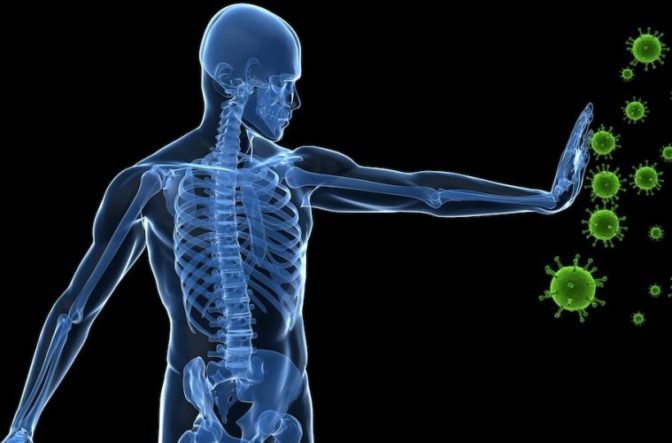 Written by Alanna Ketler
By now, you may have heard about the amazing potential health benefits of fasting. While many believe it’s an unhealthy and even dangerous practice, the science says otherwise. Even intermittent fasting, which involves restricting your eating time to an 8-10 hour window rather than going without food entirely, has proven to have many health benefits.
Think about it this way: Our early ancestors did not always have access to food. We ate when we had food and fasted (if involuntarily) when we didn’t. And it’s the same with animals in the wild. They aren’t eating breakfast, lunch, and dinner every single day; they will gorge themselves when they catch some prey, but then often go long periods of time in between each catch.


Fasting for Just Three Days Can Boost Your Immune System

Indeed, studies have shown that fasting for just three days can not only boost your immune system, but regenerate it entirely, helping to ensure a long and healthy life. The researchers who conducted the study described it as remarkable and a major breakthrough — no kidding! This study showcases how starving the body actually kickstarts stem cells into producing new white blood cells, which will then fight off infection.

Fasting for 72 hours will also help protect cancer patients from the toxicity of chemotherapy. Chemo can be quite taxing on the immune system, but the results of this study suggest that fasting can help to alleviate some of the harmful effects that come along with chemotherapy treatment.
In fact, researchers suggest that fasting flips a regenerative switch. How amazing is that? Fasting is something that, with a little research, anyone can easily do. Better still, it costs nothing!
Professor Valter Longo, lead researcher of the study and a professor of both gerontology and biological sciences at the University of California, said the study proved that fasting can, in fact, assist the body with producing a new immune system. As Longo explains:

It gives the OK for stem cells to go ahead and begin proliferating and rebuild the entire system. And the good news is that the body got rid of the parts of the system that might be damaged or old, the inefficient parts, during the fasting. Now, if you start with a system heavily damaged by chemotherapy or aging, fasting cycles can generate, literally, a new immune system.

For the study, participants were asked to fast regularly for periods of two to four days over a six month period. Along with a regenerated immune system, researchers also observed reduced levels of IGF-1, a growth-factor hormone linked to aging, tumour progression, and cancer risk.
According to Longo, the researchers were actually surprised when they realized the outcome of the experiment: “What we started noticing in both our human work and animal work is that white blood cell count goes down with prolonged fasting. Then when you re-feed, the blood cells come back. So we started thinking, well, where does it come from?”
Prolonged fasting not only forces the body to get energy from its own stores of glucose and fat, but it also breaks down a large portion of white blood cells. During each fast cycle the depletion of white blood cells triggers stem cell based regeneration of new immune system cells.
“We could not predict that prolonged fasting would have such a remarkable effect in promoting stem cell-based regeneration of the hematopoietic system,” Longo says. “When you starve, the system tries to save energy, and one of the things it can do to save energy is to recycle a lot of the immune cells that are not needed, especially those that may be damaged”


Does This Interest You?

If the practice of fasting resonates with you, please do your research before trying this yourself. There are tons of resources available online, and many religions and cultures around the world have promoted fasting as the key to optimal health for thousands of years. This could be just the thing you need to kickstart your immune system and give your digestive system a break.
CE has written extensively on this topic in the past. Check out some of our related articles below.
Neuroscientist Shows What Fasting Does To Your Brain & Why Big Pharma Won’t Study It
Fascinating Evidence Shows Why Water Fasting Can Be One Of The Healthiest Things You Can Do
Top 3 Benefits Of Fasting
What Happens To Your Body When You Don’t Eat For 16 Hours (Infographic)
How To Repair Your Body, Detoxify & Slow The Ageing Process
Much Love
Originally posted @ Collective Evolution