Fans of Chris Cornell are mourning the loss of the Soundgarden frontman after he died unexpectedly in Detroit on Wednesday night, aged 52.
The singer, who also fronted supergroup Audioslave, was known for his ominous lyrics, coupled with the bravado of his legendary four-octave voice. A cornerstone for the 1990s Seattle scene, Cornell surpassed the archetype of the sullen indie poet. His vocal power could shake stadium arenas with Led Zeppelin-esque belting more potent than any of the commercial juggernauts of the 1980s hair metal scene—grunge’s detested antithesis.
Cornell now joins the growing list of the Seattle music scene’s fallen idols, including Alice in Chains’ Layne Staley, Stone Temple Pilots’ Scott Weiland and perhaps most famously, Nirvana’s Kurt Cobain.
Trending: Chris Cornell’s Greatest Hits: Grunge Icon Dead at 52
Here are some of the late frontman’s many great musical achievements:
Read More: Newsweek’s interview with a 35-year-old Chris Cornell, talking MTV, Soundgarden and going solo.

One of Cornell’s earliest hits alongside other early Soundgarden’s classics such as Jesus Christ Pose and Rusty Cage. The gritty riff and Cornell’s soaring vocals, singing lines like the iconic “I'm looking California, and feeling Minnesota,” became a staple of the band and its frontman.

Though Kurt Cobain’s death in 1994 marked grunge’s demise to many, Soundgarden continued to top charts and receive glowing reviews. Blow Up The Outside World spent four weeks at the top of the Billboard Rock charts after a series of successes for the band. Its wailing guitar verses, frustrated lyrics and violently angry chorus signaled a mastery of the genre Soundgarden helped create.

A song by a popular rockstar from his band’s bestselling album could sound disingenuous. This one does not. The songwriter best described the fear of how frivolously happiness can give way to dark thoughts, which the song expresses.
Don't miss: Trump Is in Meltdown and in 'Pure Terror That He Is Going to Lose,' Says 'Art Of The Deal' Co-Writer Tony Schwartz
“ You're happy with your life, everything's going well, things are exciting—when all of a sudden you realize you're unhappy in the extreme, to the point of being really, really scared,” he told Melody Maker in 1994. “There's no particular event you can pin the feeling down to, it's just that you realize one day that everything in your life is FUCKED!”

Cornell joined forces with Rage Against the Machine’s rhythm and riff trio for three albums, most of which contained brawny guitar anthems, which were missing from the charts at the time. The cool funky groove of "Cochise," not to mention the firework-heavy video, was a timely reminder of his hard rock capabilities.

Arguably Soundgarden’s most recognizable song, its comment section on any social media is overfilled with tributes to Cornell. The technicolor weirdness of the ironic video is as memorable as Cornell’s sardonically apocalyptic poetry.

Mournfulness has always been a Cornell staple though. “Like A Stone” felt like such an honest slice of panic about mortality and not knowing if you can ever be reunited with lost loved ones. Rumors spread that Cornell had written the song about friend Layne Staley’s death. He denied this.
Most popular: Roger Ailes Net Worth: Fox News Head Amassed Massive Fortune Before Death

In one fell swoop, Chris Cornell relaunched his solo career and the James Bond movie franchise with “You Know My Name.” It defied the conventions of the more cherished Bond songs—a speedy number with a male rockstar and a title not matching that of the movie—but Daniel Craig’s first charismatic outing as 007 fits the song like a glove… or a bulletholed Tom Ford suit.

Writing a Simon and Garfunkel-esque folk ballad for a biopic about a born-again former gang biker turned vigilante defender of South Sudanese orphans is not within every rock frontman's wheelhouse. Chris Cornell’s contribution to the Machine Gun Preacher soundtrack earned him a Golden Globe nomination and gave him an acoustic mainstay in his concert setlist. 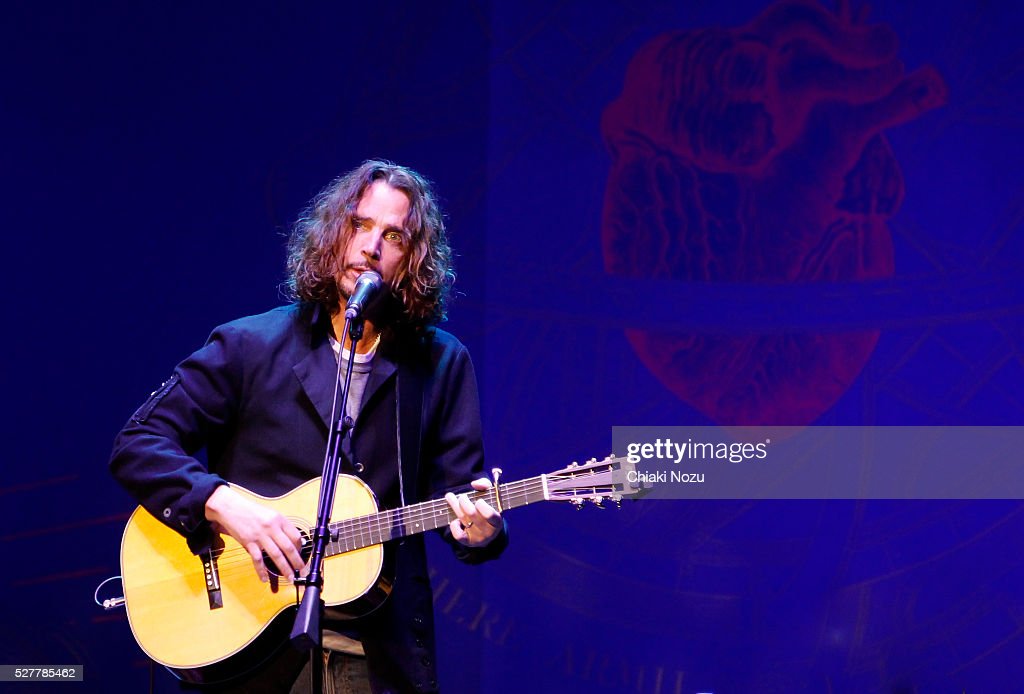 A coroner has confirmed that Chris Cornell committed suicide in his Detroit hotel room on Wednesday night.
The 52-year-old Soundgarden frontman was found dead at the city’s MGM Grand after playing a show with the band earlier that evening at the Fox Theatre.
The Wayne County Medical Examiner’s Office, who carried out the autopsy on Cornell, have ruled his death as “suicide by hanging.”
The office say in a statement: “The Medical Examiner has completed the autopsy on 52-year-old Chris Cornell, the Soundgarden musician who died last night in Detroit.
“The cause of death has been determined as suicide by hanging. A full autopsy report has not yet been completed. There is no additional information at this time.”
According to the Detroit Free Press, the singer’s body was discovered after Cornell’s wife called a family friend and asked them to check on Cornell. The friend then forced their way into the hotel room, where he discovered Cornell’s body on the floor.
Cornell was pronounced dead in the room.
Tributes from around the music world have flooded in for the Soundgarden frontman, with his friend and Audioslave band mate Tom Morello saying he’s been left devastated by the news. 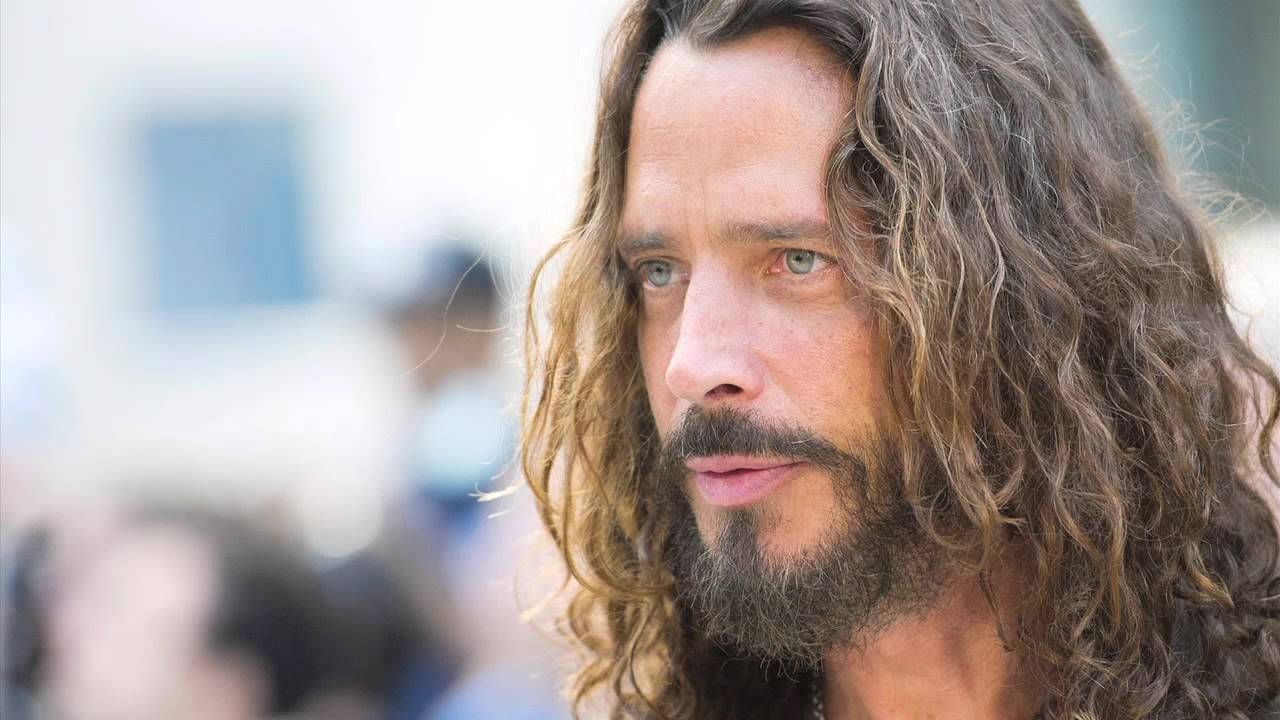 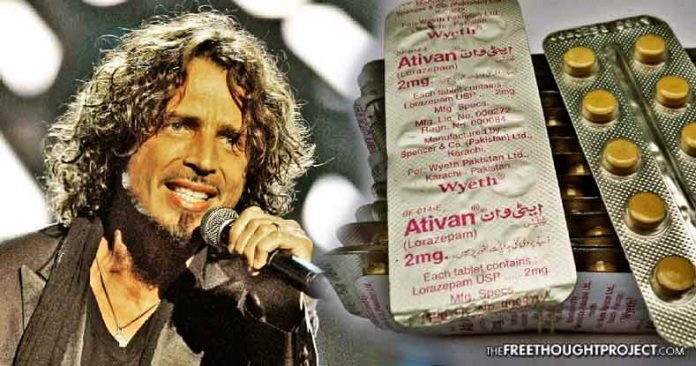 
Not only are doctors handing out psychoactive drugs like candy at the behest of their drug sales reps, but the drug manufacturers are lying about the dangers.

We have no way of knowing the long-term societal impact of millions of children being irresponsibly given potentially dangerous psychoactive medication as this is a relatively new path Americans have embarked down.
The website SSRIstories.org does, however, provide a potential glimpse into the future of a country hellbent on medicating infants with psychiatric drugs. The database is a collection of over 6,000 stories that have appeared in the media (newspapers, TV, scientific journals) in which prescription drugs were mentioned and in which the drugs may be linked to a variety of adverse outcomes including violence.
As the Free Thought Project reported this week, mass murderer Dylann Roof was on antidepressants when he went on a mass killing spree.
But it’s not all doom and gloom, there is the good news. All of this overmedication, all of the drugs being given to children, all of it is voluntary — for now anyway. This entire massive overmedication epidemic could and should stop overnight through simply spreading the information.
The mother who allows her 8-month-old child to be prescribed antidepressants only does so out of ignorance. We can only better ourselves as humans and as individuals through seeking a lesser ignorance.
And now, thanks to Chris Cornell’s brave wife, Vickie, this issue is being forced into the mainstream.
Arguably one of the greatest ROCK singers of all time wasn’t killed by cocaine or heroin — but, likely, an FDA approved drug that causes suicide.
Please share this article with your friends and family to empower them with knowledge while at the same time exposing such a dangerous practice. In his death, Cornell can still help keep others alive.

Matt gorist
Matt Agorist is an honorably discharged veteran of the USMC and former intelligence operator directly tasked by the NSA. This prior experience gives him unique insight into the world of government corruption and the American police state. Agorist has been an independent journalist for over a decade and has been featured on mainstream networks around the world. Agorist is also the Editor at Large at the Free Thought Project. Follow @MattAgorist on Twitter, Steemit, and now on Facebook.


Thanks to Lou at: https://talesfromtheloublog.wordpress.com