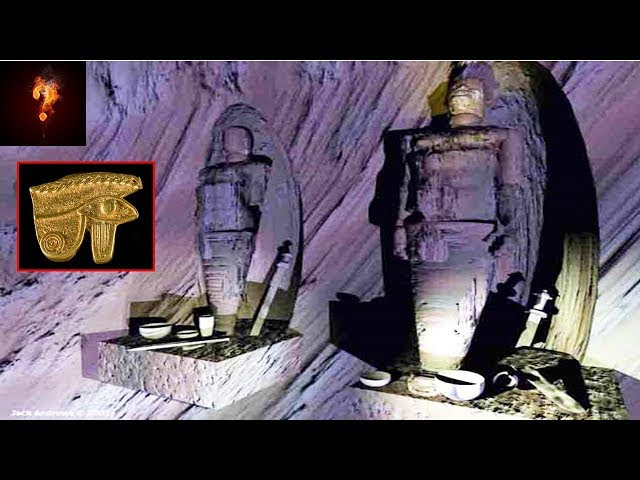 Published on May 27, 2017
Firstly, many thanks to Ellen Lloyd over at Ancientpages.com for her extensive research and writing on the conspiracy.
Has a buried city within the Grand Canyon been covered up?
The Hopi Indians have a traditional story told to them by their ancestors.
It details the original pyramid-builders living in an underworld in the Grand Canyon.
Dissension arose between the good and the bad, the people of one heart and the people of two.
Machetto, who was their chief, taught them how to leave the underworld.
He caused a tree to grow up and pierce the roof of the underworld, letting the people of one heart climb out.
They settled by Paisisvai (Red River), which is in Colorado, subsequently growing grain and corn.
They then sent out a message to the Temple of the Sun, asking the blessing of peace, good will and rain for people of one heart.
But their messenger never returned.
Among the engravings of animals in the local caves is an image of a heart over the spot where it is said the entrance to be located.
This legend was learned by W.E. Rollins, during a year spent with the Hopi Indians.
An article published in the Arizona Gazette reinforced this legend. Ever since the article appeared there has been a lot of speculations whether an underground city actually exists.
David Hatcher Childress, who examined the story said, “Perhaps the most amazing suppression of all is the excavation of an Egyptian tomb by the Smithsonian itself in Arizona. A lengthy front page story of the Phoenix Gazette on April 5, 1909, gave a highly detailed report on the discovery and excavation led by a Professor S.A. Jordan of the Smithsonian.
The World Explorers Club decided to check on this story by calling the Smithsonian in Washington, D.C.
Speaking to a Smithsonian staff archaeologist. They told her that they were investigating a story from a 1909 Phoenix newspaper article, about the Smithsonian Institution’s excavation of rock-cut vaults in the Grand Canyon where Egyptian artefacts had been discovered, and whether the Smithsonian Institution could give me any more information on the subject.
Her reply was as follows, “The first thing I can tell you, before we go any further, is that no Egyptian artefacts of any kind have ever been found in North or South America. Therefore, I can tell you that the Smithsonian Institute has never been involved in any such excavations.”
While it cannot be discounted that the entire story is an elaborate newspaper hoax, the fact that it was on the front page, named the prestigious Smithsonian Institution, and gave a highly detailed story that went on for several pages, lends a great deal to its credibility.
It is hard to believe such a story could have come out of thin air.
Is the idea that ancient Egyptians came to the Arizona area in the ancient past so objectionable and preposterous that it must be covered up?
Perhaps the Smithsonian Institution is more interested in maintaining the status quo than rocking the boat with astonishing new discoveries that overturn previously accepted academic teachings. Historian and linguist Carl Hart, editor of Word Explorer, then obtained a hiker’s map of the Grand Canyon from a bookstore in Chicago.
Poring over the map, they were amazed to see that much of the area on the north side of the canyon has Egyptian names. The area around Ninety-four Mile Creek and Trinity Creek had areas (rock formations, apparently) with names like Tower of Set, Tower of Ra, Horus Temple, Osiris Temple, and Isis Temple.”
Could these legends actually be true?