white flash going from his right to left...

On May 24, a thunderstorm was in progress in a Texas City. The man who posted the video to the MUFON case management system received the video from a friend.

It is difficult to see all of the activity, so we enhanced the video to give the best view. Be patient and you will see the UFO. The weapon being shot is very easy to spot. AN ALIEN spaceship made contact with a man after he recorded it flying overhead.

That’s according to Joey Franco, who filmed the mind-boggling moment.

In the infra-red footage – taken at night somewhere in the US – a mysterious black object appears in the sky and hovers over where he is standing.

“This thing is clipping along if I hadn’t have shined a laser over it, it would have never come back,” he said.

“It’s almost right over top of me now I hope it doesn’t hurt me.

“I’ve made contact with this thing – it’s right over my head now and it must see me.

“I hope I don’t get taken tonight.”

Tyler Glockner – producer of the site – claimed the cameraman told him that “every time he shined a laser at this thing would react – and almost came right to him when he would do that.”

More than 17,000 people have seen the clip since it was posted to YouTube today.

Some users suggested it was “the greatest footage ever” of extra-terrestrial life, with others claiming “aliens are here already.” 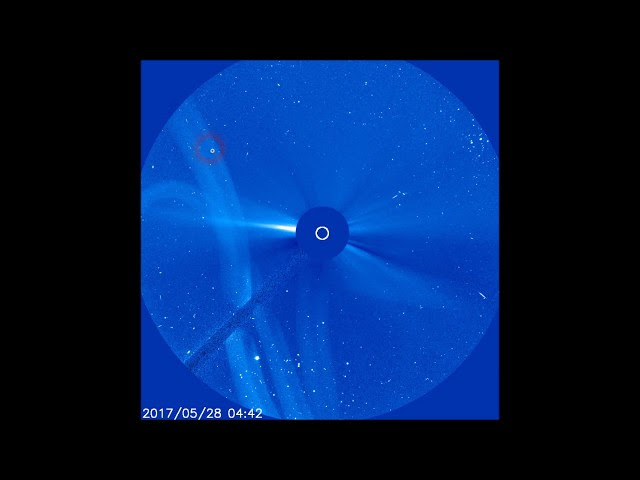