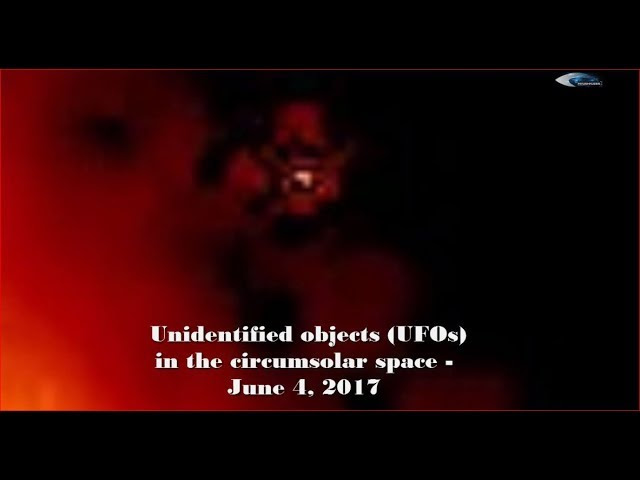 Published on Jun 4, 2017
Unidentified objects (UFOs) in the circumsolar space - June 4, 2017 Any of you can help this channel to acquire a large telescope and the opening of direct online access to space to anyone who wishes without interference from the government and scientists:

Published on Jun 4, 2017
It is one of the worlds biggest mass UFO sighting. More than 200 school students witnessed this unidentified flying object. Witnesses believe there has been a cover-up. For about 20 minutes unknown flying object was hovering couple feets over the grass field near the Westall High School. The object was observed by few of the students and described as being a grey saucer-shaped craft with a slight purple glow and size larger than a car. Soon other students (and some of the teachers) run out of the school and watched the strange object from beyond the fence making it together over 200 eyewitnesses.

According to them the object was descending and then crossed and overflew the high school’s south-west corner, going in a south-east direction, before disappearing from sight as it descended behind a stand of trees in front of the Westall State School. After about 20 minutes the object climbed at great speed and departed towards the north-west. As the object gained altitude some accounts describe it as having been pursued from the scene by five unidentified aircraft which circled the object.

Published on Jun 4, 2017
Many people still doubt the existence of a flying saucers, but
I tell you, just wait until they appear in large quantity. Around
the entire planet will demonstrate their ability to fly, their appearance and disappearance.
In a way that confuses people into the
large extent, that no one really
understand what is happening. It has been written that the sky will "sign". This "sign" already seen a lot of people, but by the end of this age will see it every man of the earth and will be surprised"

Published on Jun 4, 2017
Corpuscular ship is constructed in detail in accordance with the law of God in the form of light energy. Light corpuscular ship is therefore better as a spiritual power manifested corpuscular ships. The ship can move faster than light. When the object moves faster than light, disappearing from sight. Goes into another dimension.
The human eye sees everything that is inside of the light spectrum. When I mention the light spectrum and hit the light spectrum of the sun. With increased intensity of light would blind man. His senses would not notice a higher form of vibration. It can not therefore see the world resulting on a different frequency, although located around beside him. Corpuscular ship can move at high speed. It is therefore invisible to the human eye. By increasing the energy of the corpuscular vessel there is an increase of its speed. If it goes into the vessel by its frequency, it means that moves slower than the maximum speed. This makes it the human eye sees. It manifests itself in the form of light. Reducing the speed to changing light and the human eye, the ship must appear as a solid object. If the moving ship and if it stays on the molecular level, the maximum rate will remain invisible to the human eye. That they are explained in words that corpuscular ship may be the front door of your house and you will not see it. The ship can come to a man secretly. People of it may remain hidden from man.
For all who write to me that it is a star, a planet or a drone. I have a link .in contact with aliens for almost 50 years and I know very well what their ship is and what is not....