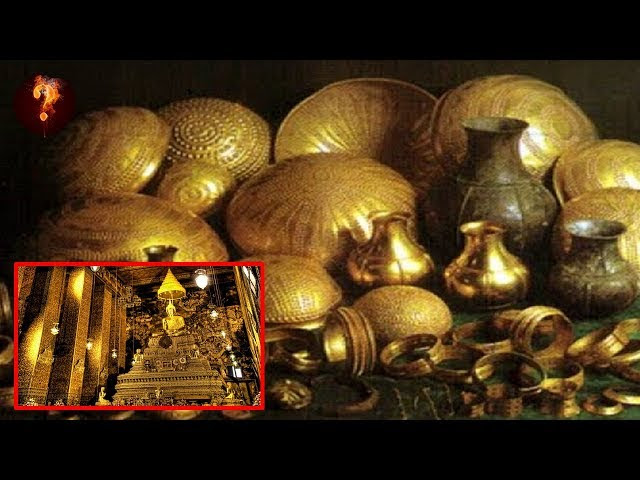 Published on Jun 4, 2017
The 16th century Kerala’s temple located within India, used to be the royal chapel of Travancore’s former rulers.
It shot to fame five years ago when one of its six vaults later coded as A was opened, unearthing tons of gold coins, jewellery and diamonds worth hundreds of millions of dollars.
An expert panel, inventorying assets at Kerala’s famous Sree Padmanabha Swamy temple has approached the Supreme Court for permission to open an as yet untouched vault, a vault containing unimaginable fortunes, a face-off between the judiciary and religious authorities.
The temple -- situated in the heart of India, is billed as the country’s richest, and is one of several Hindu shrines that hold enormous amounts of gold and precious gems.
the wealth was accumulated by way of holy offering from devotees over many years.
The temple contains six chambers buried deep under its sanctum sanctorum. Two of them are opened during daily rituals and two more every six months. The remaining two – A and B – are secret vaults.
Sources close to the temple said antique coins found in the chambers alone weighed more than 600 kg. Around 200,000 items were documented, 600 of which were embedded with precious gems. One single locket alone was believed to contain 997 gems. Besides jewels, precious stones, necklaces, golden crowns and pots were also included in the list of inventory, sources said.
According to the India Times, an audit conducted into the assets, shown that a massive amount of gold has mysteriously disappeared. Up to 769 Gold Pots and Silver bars have been reported missing. Some suggesting that there are hidden tunnels beneath the chamber which allowed the architects to lock the chamber doors from within, making it impossible to breach. This secret tunnel seems to have led to many years of plundering the treasure trove without anyone noticing.
However, what has not been publicly acknowledged by the Indian Court, is the existence of the hidden inner chamber, beyond Vault B. This chamber is historical reported as having thick walls made from solid gold and it is where the real treasure is said to be located, dwarfing what has been recovered so far, it could quite possibly contain the largest undiscovered treasure in the history of the world.
Not only is the temple covered in gold, is seems it is also stuffed full of the stuff also.
An expert panel from the Centre for Earth Science Studies has also quashed rumours that the B vault has an underground tunnel connected to the Arabian Sea. The team led by Dr Ajyakumar Verma, detected small cavities and drains around cellars that they found insignificant.
, Chamber B is not a part of the Temples official Treasury. The holy Chamber houses idols of gods, and many other valuables meant to enhance the potency of the Principal Deity.
In an inventory list within August of 2014, from the looted Vault A, noted that the chamber still contained over 2,000 pounds of gold coins, dating to around 200 B.C.
Also found, was a pure Golden Throne adorned with hundreds of diamonds and fully precious stones, meant for the seating of a past giant that has been estimated would have been around 18 feet in height.
In addition, many other large, sometimes giant, and very old solid gold crowns were found, all studded with diamonds and other precious stones.
The valuables are believed to have been accumulated in the temples vaults over several thousand years, having been donated to the gods by various Dynasties and Kings. We will keep you posted on what they find, in vault b.