I Weep for the Future

I Weep for the Future 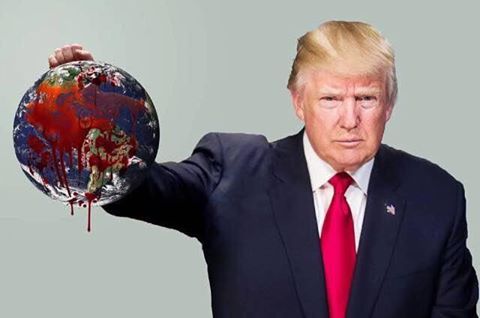 I spent the recent memorial day weekend visiting at length with my daughter & grand-daughter on their annual trip down from Alaska.  They both work for the same corporation, and twice a year fly south to do inventory at the headquarters in Washington state.  So once a year they add a few days to the trip to visit me, and it is always the highlight of my year.

There was much to celebrate this year as my daughter just finished her MBA, and is at long last free from schoolwork.  I've silently followed her academic quest with much admiration because thru a gauntlet of significant diversions & distractions; she never lost her focus or passion.

We were skimming thru the offerings on the cable box when she noticed they were airing the recent movie "Deepwater Horizon" and she asked if I'd seen it.  I replied in the affirmative, adding I wasn't sure how close to the actual truth it was with regards to corporate responsibility.  As it turns out my daughter chose that disaster as the subject for a major paper she wrote for her masters degree.  (Auguring runs in the family) The many hours of research devoted to the project left my daughter with a singularly vehement dislike for all things BP.

It is an unspoken yet mutually agreed upon thing that out of respect; I do not mention,  bring up, or rant about the six year old ongoing disaster at Fukushima, Japan to my daughter; considering she continues to live just downwind & downstream from the gushing volcano of radioactivity.  She has her reasons and I not only respect them, I also agree with most of them.   That being said, however, I simply could not resist a sole, lonely comment upon hearing of her hatred of BP..."Now you know how I feel about Tepco!"

We're All Dying Down Here
There is this very loud and contrived 'dispute' over global warming going on in the contrived media brainwashing campaign to direct our thinking.  Yes, it is a very real problem we face in the future, and yes we should be doing more about it than leaving the Paris climate agreement.  Compared to the ongoing Fukushima nuclear volcano, climate change and global warming are simply less immediate threats.  Yet the media blackout on Fukushima rages on as the radiation engulfs the planet and contaminates the food chain. They're using global warming and other issues to confuse and enrage us while nothing whatsoever is being done (or said) about Fukushima.  Just because nobody talks about the continually spewing radioactivity poisoning our air and oceans, does not mean it has stopped; does not mean it has been fixed.

For reasons known only to herself comedian Kathy Griffith recently committed career suicide by posting a photo of herself holding Trump's bloody severed head.  Of course it became a huge controversy about how nobody should show such disgusting things; as the worldwide media continually ran the image just to be sure every child on earth got offended.  Of course the short fingered vulgarian cried foul and lathered everyone up into a real stew over it.  That's one of the things I most despise about Trump: he can dish it out but he sure can't take it.  He say's whatever he wants about anyone without regard for morality or truth; but if anyone criticizes him he becomes a whiny little bitch & cries foul.  He's foul alright, and oh so wrong.

Cancer cases are rising exponentially up & down pacific west coast of America.  I personally have lost three friends to cancer in just six years, and several more friends have come down with it.  Long before any solution is figured out we will ALL have cancer in one form or another.  Especially so if you are still eating seafood, or live near the Pacific ocean.

Trump & his hand picked team of plunder monkeys are systematically stripping away all the common sense progress we've made over the last several years.  Trump's speech about pulling out of the Paris accords contained not one single shred of truth.  Every single thing he said about the Paris accords was a bold faced lie, every "fact" made up, and every claim simply untrue.

Why won't anybody challenge Trump on all his many lies?
Any ten year old with an internet account can fact check Trump into oblivion in 15 minutes; so what's up with the vaunted fourth estate, what does it have to say for itself?  Professional journalism is supposed to keep the politicians honest by printing truth and attacking lies.  They're doing it backwards; printing lies and attacking the truth.

The last few weeks have seen a marked upsurge of "terror" around the planet.  "They" are ramping up the madness with almost daily terror attacks and other events associated with the mayhem, to increase our fear & feelings of dread and to erode our faith in the future.  It's beginning to look like an apocalyptic nightmare in the making.

"They each ignored all of the evidence, and together reached the same delusion"
~Bill Maher~ 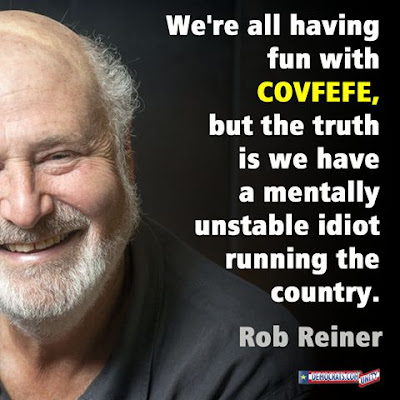 Thanks to Chautauqua at: http://augureye.blogspot.com

» Why experts weep for the quiet and beautiful Hawaiian po’ouli
»  Water – Fuel of the Future Today The Future of Energy Is Here
» Why Back to the Future's Future Never Happened
» John Ward – Bernanke’s ‘New-Style’ QE – Why It Won’t Produce An Alternative Future : Without Massive Debt Forgiveness And A New Capitalist Model, There Is No Alternative Future – 16 September 2012
» We Are From the Future