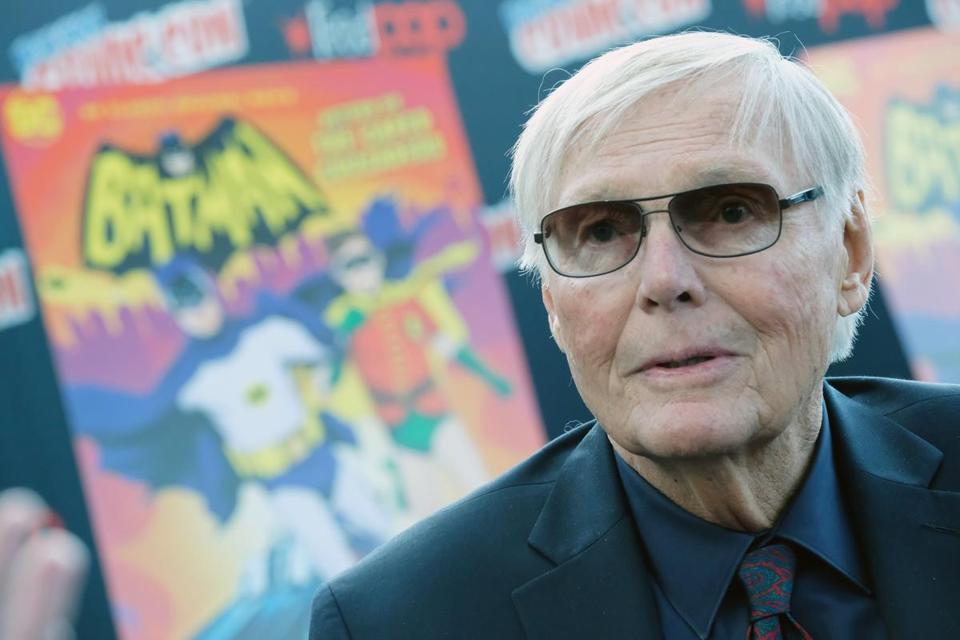 Adam West in October 2016.
By Laurence Arnold Bloomberg  June 10, 2017
Adam West, an aspiring movie star who instead achieved worldwide fame as the tightly clad caped crusader “Batman” in the 1960s hit television series, has died. He was 88.
The cause of death was leukemia, his family said in a statement cited by TMZ.
In 120 episodes from 1966 to 1968, West created one of the more unusual characters in the superhero pantheon. His super-serious delivery of corny dialogue while pitted against a roster of cartoon villains made “Batman” a major ratings success.
As millionaire Bruce Wayne and his crime-fighting alter-ego Batman, West had a weakness for wordplay, introspection and lovely ladies. He wrote in “Back to the Batcave,” his 1994 memoir, that he was aiming for a “kind of deadpan humor.” For example, after a club-dancing mob moll played by Jill St. John falls to certain death in the Batmobile’s nuclear power source, West’s Batman observes wryly: “What a terrible way to go-go.”
Get Today's Headlines in your inbox:
The day's top stories delivered every morning.

Playing Batman for laughs was a novel twist on a comic-book figure created in 1929 by cartoonist Bob Kane and sometimes known as the “Dark Knight” for the tragic past that led him to crime-fighting.

A look at Adam West’s ‘Batman’

Adam West portrayed Batman with a mix of campy earnestness and knowing humor, making the 1960s series a popular success and West himself a star.

“Caped Crusader of Camp,” read the headline on the New York Times story previewing the show’s premiere in January 1966.
West’s Batman was invariably left imperiled in the first of two paired half-hour episodes, on Wednesday and Thursday nights on ABC, with viewers urged to return for the conclusion -- “Same Bat-time, Same Bat-channel!” Fight scenes were punctuated by superimposed pop-art words on screen, in comic-book style, such as “POW!” and “BAM!”. 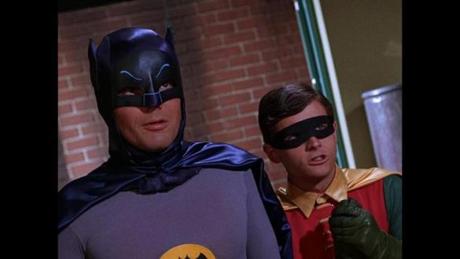 “The concept was that we do the show for the whole family spectrum,” West told an audience at the 2013 Emerald City Comicon in Seattle. “Make it funny for the adults, and let the kids enjoy the adventure, the splash, the color and all the morality lessons and ethics.”
The “camp” label, he wrote in his memoir, “demeaned our efforts by suggesting that what we were working hard to achieve was so easy or corny or bad that anyone could do it. We just made it look that way.”
William West Anderson was born on Sept. 19, 1928, in Seattle, the first of two boys of Otto West Anderson, a farmer, and his wife Audrey. After his parents separated when he was 10, the young West remained with his father in Walla Walla, Washington, while his mother moved to Hollywood to pursue acting and music. She returned to Walla Walla three years later.
“In a moment of pique,” West wrote, “she once told me that she blamed my birth for the fact that she hadn’t become Joan Crawford.”
West and his brother, John, moved to Seattle with their mother after she remarried. He graduated from Whitman College in Walla Walla in 1951 with a major in literature and a minor in psychology.
While studying communications at Stanford University, West worked on the campus radio station and landed a job at a commercial station producing and voicing shows and advertisements.
He enlisted in the U.S. Army and, as a member of its Signal Corps, helped start television stations at bases in San Luis Obispo, California, and Fort Monmouth, New Jersey.
During five years in Hawaii, he co-starred with a chimpanzee named Peaches on a morning children’s television show, learned to fly, and gave chartered air tours of Oahu. 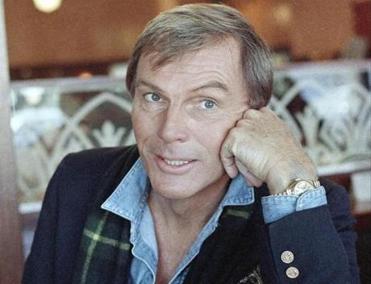 A Hollywood agent, Lew Sherrell, saw West in a community-theater production of “Picnic” and arranged for a screen test in Hollywood, where Warner Brothers signed him. Remaining Bill to family and friends, he adopted Adam West as a stage name.
During his early career he made appearances in U.S. television shows including “Perry Mason,” “Bonanza,” “The Rifleman,” “Maverick,” and “Bewitched.” He portrayed Doc Holliday in three separate western series -- “Lawman,” “Colt.45” and “Tenderfoot.”
West said he won the role of Batman after producer William Dozier saw him perform as a James Bond-type spy called Captain Q in a Nestle Quik television ad.
Screened over three years, the “Batman” TV series drew a large viewership and attracted many leading actors to fill its guest-villain roles, including Frank Gorshin, Burgess Meredith, Caesar Romero, Vincent Price, Eartha Kitt, Eli Wallach, and Liberace.
By season 3 the ratings had started to decline, and the last episode aired in March 1968.
“The series has been in reruns ever since, and it has had a lasting effect,” Les Daniels wrote in “Batman: The Complete History” (1999). “It moved millions of dollars worth of Bat-merchandise, from plastic models to peanut butter, and set up a naive concept of comic books that has remained lodged in American minds for decades.”
While he would be forever typecast, West told how he was once approached by Albert “Cubby” Broccoli, producer of the Bond film franchise. He “asked me point-blank if I’d be interested in playing 007” after Sean Connery, West wrote in his memoir. He said he declined because, “in my heart,” he knew Bond should be played by an Englishman.
Even on the big screen, West made his greatest splash as Batman. With a TV hit on their hands in 1966, 20th Century-Fox Studios put their Batman cast -- which also included Burt Ward as Robin and Gorshin, Meredith and Romero as the villains Riddler, Penguin and Joker -- into a movie version. It memorably included a scene in which Batman hangs from a helicopter over the ocean with a shark attached to his leg.
Post-Batman, he played guest roles on shows including “Murder, She Wrote,” “The Love Boat” and “Fantasy Island.” He also carved a career voicing cartoon characters in shows including “Rugrats,” “SpongeBob SquarePants,” and “Family Guy,” in which he played a character called Mayor Adam West. He appeared in an episodes of “The Simpsons” as Batman.
“I’ll probably be remembered as Batman, mostly,” West told the Archive of American Television in a 2006 interview. “It’s OK with me, because it’s given so many people worldwide so much pleasure. Many actors don’t get the opportunity to do that.”
West was married three times. He had two children, daughter Jonelle and son Hunter, with his second wife, Ngatokoruaimatauaia Frisbie Dawson, a Tahitian-born dancer he met while living in Hawaii. He had two daughters, Perrin and Moya, with his third wife, the former Marcelle Tagand Lear, who also had two daughters, Moya and Jill, from an earlier marriage. 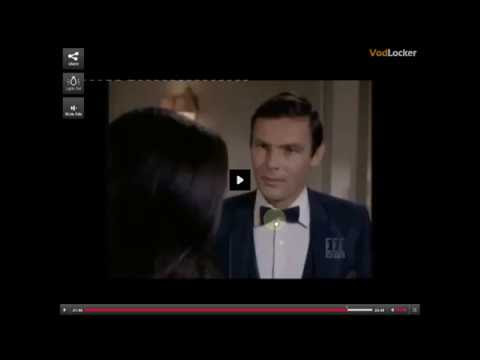