» The way Toward Peace

Yesterday at 11:25 pm by RamblerNash

Yesterday at 11:12 pm by RamblerNash

Yesterday at 11:10 pm by RamblerNash

Yesterday at 3:35 pm by PurpleSkyz

» Venus Will Turn Into A "Ring Of Fire"

Yesterday at 1:17 pm by PurpleSkyz

Yesterday at 1:14 pm by PurpleSkyz

OUT OF MIND » NEW CAGE WOO SLINGERS, UFO & DINARIAN FRAUDS & THOSE THAT BUST THEM OUT! » JERZY BABKOWSKI aka ZAP & SUSAN » POOFness for JUNE 25: KEEP THE FAITH

POOFness for JUNE 25: KEEP THE FAITH

This is the time that is being seen as the time that 'tries men's souls'. And the ways of the power hungry are being seen for what they are. It is and has been a tug of war. Each delay slips the process back an inch and then a forward movement in our favor gaining a solid two inches. Make no mistake about that: the group that turns the tide is the one that makes the waves and rocks boats.

You have seen enough of corrupt power and that is plainly obvious.
There is much light and brightness ahead on the horizon! The cheap shots and the underhanded ways have been pushed to the surface and the continuing waves this creates plays on the emotions. We are happy to see shifts that are leading to the end goal of manifesting the goods long awaited... P...

No one promised us a Rose Garden and some of this information "By My Highest Nose Bleed Source" feels like thorny promises. I can confirm that the "Black Out" is a real thing and it does suggest much back room activity

One of the very popular forums out there in information world was visited last week by a government agency and requested to shut down all public communications. These actions suggest sensitive preparation being made "out of view" to begin the various changes we are all expecting and promised for so many years ago.

The information directly pertinent to all Prosperity Program remains consistent...any minute, any hour, any day expect the delivery trucks to your door. I wish for myself and you it would happen in the next hour!!! That being said perhaps our happy place is about to have a celebration. Many Blessings, Susan 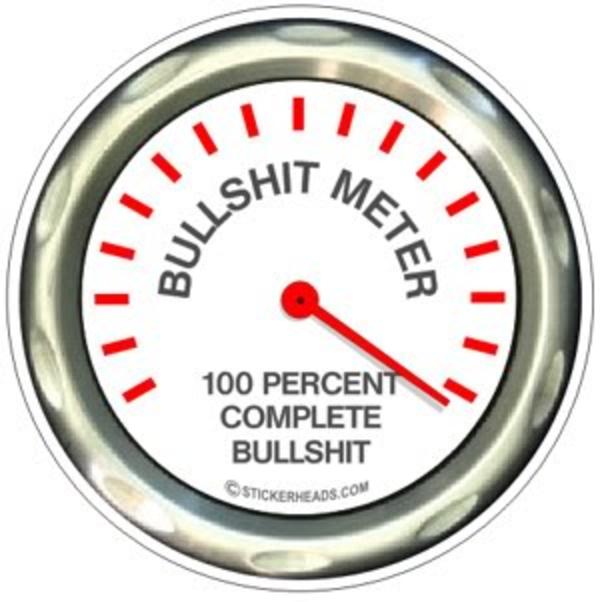 YES, STILL IN A FORMAL BLACKOUT, BUT IT WILL END SOON I WAS INFORMED. IN THE MEANTIME, THE AMOUNT OF RUMOR THAT IS PRESENT IS ABSOLUTELY STAGGERING. NOT ONLY THE REPUBLIC IS HERE, SECRETLY, MEETING IN UNDERGROUND BUNKERS BY THE LIGHT OF AN OIL LAMP, BUT THE GOOD ALIENS ARE ATTENDING AND GIVING US THE GIFT OF FIRE (MATCHES). THE GOOFINESS OF SOME OF IT IS EXTRAORDINARY AND MAKES FOR A GOOD FIRESIDE CHUCKLE.

I WAS PRESENTED WITH A BRILLIANT DISCOURSE ON THE STORIES SO FAR, AND I HAVE TO SHARE IT HERE.

After a few years on the intel desk, we have gotten some pretty strange things in our inbox. Some of it, well, wasn't exactly let's say "confirmable." Some of it was even a little scary. And some of it nearly melted my face. Below are some of the more curious "edits" we've gotten over the years that did not make the daily SITREPS.

Tank is a CIA operative, who for extra cash also appears in promotional brochures as a juggling model with a half dozen raw pirogies and four ball-peen hammers wearing a canvas painter's jumpsuit that reads "NDA = Naughty Disco Area"

Post RV, Boomer Boost will be the new lead sponsor for the Syrian Tourism Department with international shipping and asbestos ruble picking both offered for free.

Tony & DC we're married this past Sunday in a Sing Sing rec area. RayRen presided over the ceremony and Dick Cheney sang "My Heart Will Go On" in Draco.

There's a rumor floating around that General Dunford has donated both his patellas to science after the RV--dead or alive--he loves science that much as well as hates his kneecaps that feverishly.

Martha has the 800#s, but refuses to give them out until 500 people go to her new website DinarlandZombieApocalypse.jcc.

"Death by Poetry for Pink Infidels"

Heisenberg gets his comedic inspiration from an acrylic Morgan Fairchild painting while wearing an adult diaper he's had monogrammed, "Big Papi's Wet-Nap."

Yosef's infamous Tetelestai alert word means "It is finished" in Greek, but it's also double agent Nazi code for an emergency pick up by his personal Uber driver—Achmed (THE DEAD TERRORIST) --in front of the popular Aleppo gay bar "Portals."

Dr. WC was spotted in an Afghanistan Green Zone yesterday knitting the most colorful afghans for wounded extra terrestrials out of recycled lamb's wool and used tinfoil.

President Abadi was seen in Washington, D.C. earlier this week playing dominos with Obama in the Map Room of the White House, and proceeded to flip the table up in the air when he was told there would be no sandwiches served if he kept on winning. He refused to lose for 72 straight hours and nearly died of starvation.

37 metric tones of gold bullion was spotted being transported in a Honda Civic hatchback driven by striking Anglo-loving Special Ops agent nicknamed "Canada Kathy." The gold was quickly loaded onto a ship called "Tic-Tac-Dough" and sailed directly to the East Coast--where it will melted down into thick woven chains and sold to successful rap artists in the Newark area.

One Who Knows is heavy into rubber. Thick industrial grade rubber. Even the whips and restraints. All rubber.

WHAT IS THE REAL BOTTOM LINE? DOES ANYBODY KNOW BESIDES THE FOLKS THAT ARE SPEARHEADING THE PROCESSES? NOT REALLY. EVERYBODY THAT DOES KNOW IS CLAMMED UP TIGHTER THAN A FRIDGE IN A BLOCK OF ICE IN THE ARCTIC.

I DO KNOW SOME THINGS, BUT I TOO CAN NOT SAY. IT WOULD BE A TERRIBLE BREACH OF SECURITY. I HAVE HAD MY MOMENTS AND SOMETIMES WENT A BIT TOO FAR. I WAS ADMONISHED, AND I DON’T DO THAT ANYMORE IF YOU NOTICE. THE TIMES ARE VERY SENSITIVE RIGHT NOW, AND SPECULATION IS THE ONLY THING THAT IS PRESENT TO READ. READING BETWEEN THE LINES IS ALSO TOUGH CONSIDERING THE INFORMATION OVERLOAD.

HOWEVER, IT WILL ALL HAPPEN IN DUE COURSE, SO WHY WORRY? I GUESS IF YOU HAVE THE SHERRIFF KNOCKING ON THE DOOR ON A 3 DAY QUIT YOU WILL WORRY, BUT OTHERWISE THERE IS NOTHING THAT CAN BE DONE AS IT WILL ALL TAKE ITS COURSE IN ITS OWN TIME, SO DO NOT DESPAIR AND DO NOT GET EXCITED. JUST KEEP ON PLUGGING IN THE JOB YOU HAVE, DO NOT GIVE IT UP, AND IF YOU HAVE, GO GET IT BACK. WITHOUT INCOME YOU ARE IN VERY BAD SHAPE INDEED. I KNOW THAT ONE.

SO HANG IN THERE. THE SEQUENCE OF EVENTS EXPECTED NOW IS GOING TO BE QUITE FAST IN COMPARISON TO ALL THE WAITING WE HAVE DONE, AND I TRULY HOPE IT WILL START THIS COMING WEEK IF ALL GOES WELL. IN THE MEANTIME, THE STRUGGLE CONTINUES TO SURVIVE AND KEEP THE WORKLOAD MANAGEABLE.

MAKE NO MISTAKE THAT WE ARE ABOUT TO ENTER A PERIOD OF TIME MARKED BY CONFUSION, HOPE, FRUSTRATION, AND EVENTUALLY MUCH JOY. WE ARE HERE TO DO THIS, AND BY GUM WE’RE GONNA DO IT. AND DO IT RIGHT.

GREAT THANKS AND GOD BLESS YOU.

“BE GOOD, BE LEGAL, TELL TRUTH” 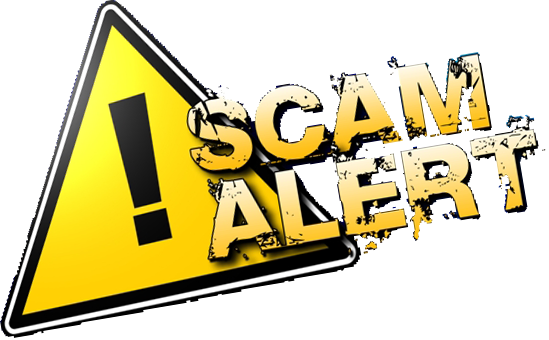 Thank you for your support as we do our best to keep you up to date. We couldn't do this without your Help. Please go to Paypal.com using the account address: goneforthfornow@gmail.com to support the cause. Please remember to click friends and family when sending. We're still struggling to keep the lights on and food on the table.

OUT OF MIND » NEW CAGE WOO SLINGERS, UFO & DINARIAN FRAUDS & THOSE THAT BUST THEM OUT! » JERZY BABKOWSKI aka ZAP & SUSAN » POOFness for JUNE 25: KEEP THE FAITH