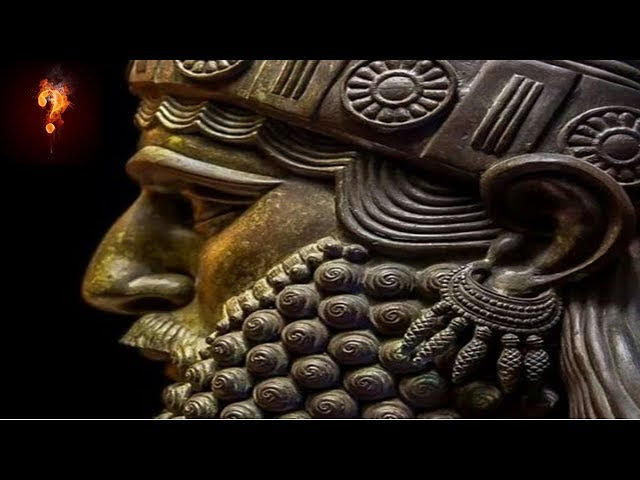 Published on Jun 26, 2017
Many attributed the legend surrounding the great ancient King of Uruk, and many of the cities written attributes to mythology.
Uruk said to had become famous as the capital city of the king Gilgamesh, the Ancient ruler and hero of the Epic of Gilgamesh.
It is believed that Uruk was the biblical Erech from Genesis 10:10, the second city founded by Nimrod in Shinar.
The Epic Of Gilgamesh - written by a Middle Eastern scholar 2,500 years before the birth of Christ - commemorates the life of the ruler of the city of Uruk, from which Iraq gets its name.
Uruk went through several phases of growth, from the Early Uruk period (4000–3500 BC) to the Late Uruk period (3500–3100 BC). The city was said to have been formed when two smaller Ubaid settlements merged. The temple complexes at their cores became the Eanna District and the Anu District dedicated to Inanna and Anu, respectively.
In 2003 just prior to the Iraq invasion which toppled Hussein, astonishing discoveries were being made in Iraq, culminating in one of the most extraordinary claims anywhere for centuries. A claim which American forces have been strongly accused of confiscating, subsequently becoming the prime suspect as the driving force behind a complete suppression of these astonishing discoveries within the country.
In the April of 2003, Jorg Fassbinder, of the Bavarian department of Historical Monuments, in Munich, told the BBC World Service's Science in Action programme, Quote, "I don't want to say definitely that it was the grave of King Gilgamesh, but it looks very similar to that described in the epic,"
"We found just outside the city an area in the middle of the former Euphrates river¿ the remains of such a building which could be interpreted as a burial," Mr Fassbinder said.”
In the book, Gilgamesh is described as having been buried under the Euphrates, in a tomb apparently constructed when the waters of the ancient river parted, following his death.
He said the amazing discovery of the ancient city under the Iraqi desert had been made possible by modern technology.
"The most surprising thing was that we found structures already described by Gilgamesh," Mr Fassbinder stated.
"We covered more than 100 hectares. We have found garden structures and field structures as described in the epic, and we found Babylonian houses."
But he said the most astonishing find was an incredibly sophisticated system of canals.
Here predictably is where the story goes silent… due to conflict within the country it was largely believed the excavations had been halted,
However, it seems that the discovery of King Gilgamesh may not have been made in isolation, and apparently some onlookers were able to record the event.
This footage was supposedly leaked to numerous places across the internet, and has largely been put down as authentic footage of the find, shortly after this was taken reports state that American forces moved in and seized the find.
Why do the powers that be see fit to suppress such discoveries, the very real tombs of characters long thought to have been mythical? Osiris being but one example among many which have undoubtedly been hidden from the public.
Maybe some clues to why his tomb has been hidden, lay within the epic, and the immense powers Gilgamesh was said to have possessed.
He was the 5th king of Uruk and his power was so mighty, many believe that the stories surrounding him are just myths, that were built around his seemingly super human strength and endurance.
However, serious scholars concluded that the story of Gilgamesh was nothing more than a fairy tale due to the astonishing story.
In The Epic the great king is thought to be too proud and arrogant by the gods and so they decide to teach him a lesson, sending the wild man, Enkidu, to humble him. Enkidu and Gilgamesh, after a fierce battle in which neither are bested, become friends and embark on adventures together. When Enkidu is struck with death, Gilgamesh falls into a deep grief and, recognizing his own mortality through the death of his friend, questions the meaning of life and the value of human accomplishment in the face of ultimate extinction. Casting away all of his old vanity and pride, Gilgamesh sets out on a quest to find the meaning of life and, finally, some way of defeating death. In doing so, he becomes the first epic hero in world literature. The grief of Gilgamesh, and the questions his friend's death evoke, resonate with every human being who has wrestled with the meaning of life in the face of death. Although Gilgamesh ultimately fails to win immortality in the story, his deeds live on through the written word and, so, does he.
Is this leaked footage of the tomb of Gilgamesh? Regardless of its authenticity why all the secrecy? Are we as a species not capable of being presented with things, which test our core beliefs, without erupting into chaos? It sees for now we may have to wait to find out.

It would seem that there is always someone around who thinks they are better suited at making decisions for everyone else...

I on the other hand am perfectly capable of screwing everything up all by myself.  (and my wife will swear to it.)  Ooooops