The Documentary That Major Health & Food Corporations Don’t Want You To See, Streaming On Netflix 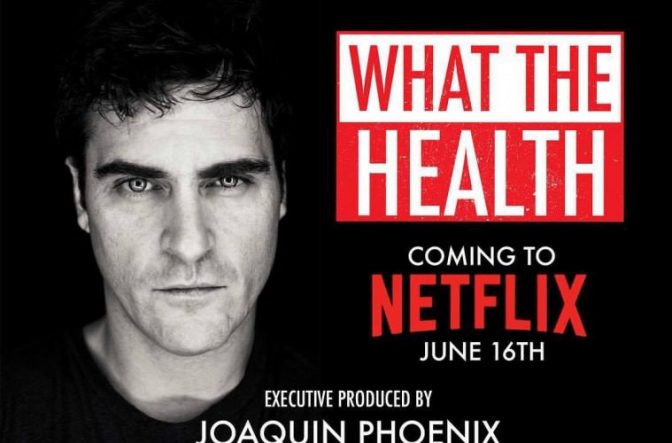 Written by Arjun Walia
Millions of people are waking up every single year to the many issues that currently plague our planet. One of the biggest is food, as we are coming to understand how closely diet and nutrition are connected to our health and how much we’ve been lied to about the food promoted and sold to us. It’s great to see more documentaries emerge like this, especially given the fact that our access to reliable nutritional information is severely lacking, particularly in the United States.
Unfortunately, doctors learn little about nutrition in school beyond the mainstream information offered. New science is now emerging, however, showing that the Standard American Diet (SAD) and the FDA’s guidelines are seriously flawed. Considering all the science put out regarding our nutritional requirements has been given to us by big food corporations, it’s hardly surprising.
“It is simply no longer possible to believe much of the clinical research that is published, or to rely on the judgement of trusted physicians or authoritative medical guidelines. I take no pleasure in this conclusion, which I reached slowly and reluctantly over my two decades as an editor of The New England Journal of Medicine”
– Dr. Marcia Angell, a physician and longtime Editor-in-Chief of The New England Medical Journal (NEMJ).
What the Health is a follow-up film from the creators of the award-winning documentary Cowspiracy, which documented the eye-opening effects of animal agriculture and revealed that it’s the biggest contributor to deforestation, water usage, and pollution. It completely destroys our environment, while at the same time creating horrible conditions for the billions of animals who are raised for slaughter every single year.
This current film was executive produced by prominent actor and social activist Jaoquin Phoenix. We absolutely love it when celebrities, or those with a large following/influence, create awareness and do work like this. Taking the role of ‘activist’ when you are a celebrity figure can’t be easy, simply because so many profit off of their perceived image within the mainstream. So hats off to you if you’re reading this, Jaoquin. Keep up the great work!
The documentary follows filmmaker Kip Anderson in his quest to uncover the secrets the nation’s leading health organizations don’t want us to know about.
“With heart disease and cancer the leading causes of death in America, and diabetes at an all-time high, the film reveals possibly the largest health cover-up of our time. With the help of medical doctors, researchers, and consumer advocates, What the Health exposes the collusion and corruption in government and big business that is costing us trillions of healthcare dollars, and keeping us sick.”
The film also dives into the roles that big pharmaceutical companies, agribusiness, and processed animal food companies play when it comes to our health, “especially [for] the most vulnerable communities.”
What The Health is currently featured on Netflix, and for more information about the documentary, what it’s about, and who it features, you can visit the main website here. Below is the trailer.