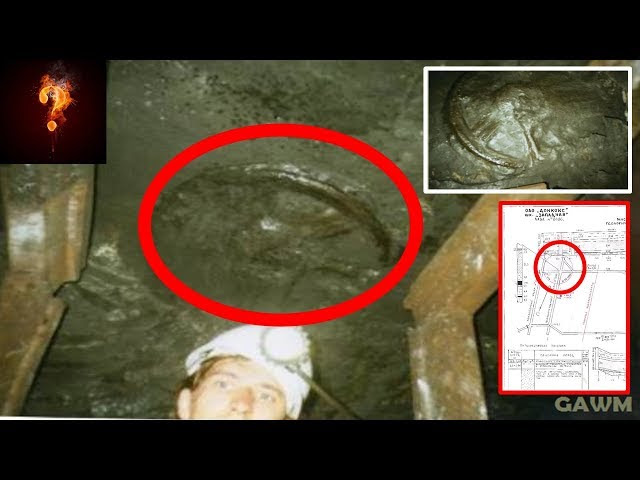 Published on Jul 10, 2017
Throughout the ages, countless reports of unexplained and baffling discoveries have been reportedly made deep within the mines of Earth.
Regardless of the type of mine, or indeed its depth, it seems that these peculiar stories continue to surface, and usually only by word of mouth.
Often, attached to these fascinating tales, you will find stories of these artefacts being seized, destroyed, or simply reburied.
We are often confronted with an apparent cover-up, vast resources and man power being harnessed to hide these finds from the world.
The motives for choosing to conceal such artefacts from the world, could indeed be endless.
Though regardless of motive, we feel it is imperative that we continue to expose these stories to the earth, if we have compelling witnesses, and unmistakable evidence of a coverup, regardless of physically remaining evidence, we eel by conveying this said knowledge, we are improving all of our chances regarding their discovery.
Thankfully, on the rare occasion, something will be found by a particular person, a person aware of this suppression facts, and mr Kasatkin’s is one of them.
Deep beneath the city of Donetsk, within the Rostov region of Russia, a large foundation of sandstone can be found, something known as rock shield of Carboniferous age, it is about 360 to 300 million years ago, and is lined with distributions of coking coals that are also of around the same age.
Astonishingly, mr Kasatkin has discovered upon the rook of this shaft of coal, an imprint of a chariot wheel, an imprint, undoubtedly made before the rock had formed around it, he also later discovered another imprint a small distance further along the shaft.
It must be noted that these imprints have remained buried deep within these seams of rock for many millions of years, if a scientific analysis could have been undertaken upon this artefact, it could have shook our understandings of world history, just like so many other artefacts we have been made aware of, all but a few now stolen from the public domain.
Upon realising the implications of his discovery mr Kasatkin, an extremely experienced foreman in Ventilation and Safety Engineering, specializing in Seismic Prognosis, thankfully took several photographs of his miraculous and now concealed discovery, before officially reporting it, and requesting a scientific evaluation.
When his boss notified the owners of the mine, in the hopes of getting an analysis of the artefacts, with an attempt to preserve it, to his bosses surprise, they demanded he continued the work through the shaft, so that it could be subsequently flooded, which is unfortunately what has occurred, making further exploration of the sites impossible.
mr Kasatkin told greaterancestors.com, The “wheel” was printed on sandstone upon the roof of the coal seam. drifters tried to “cut it away after finding out about the owner’s reluctance to preserve such a wonderful discovery, they used pick axes and sledge hammers to try to extract it and take it to the surface, but sandstone was so strong that having been afraid of damaging the print, they left it in place.
At present, the mine has been officially closed since 2009 and access to the “object” is impossible, the equipment is dismantled and the layers are already flooded.
He stated that he has investigated further, regarding the Western mine’s history with the fellow miners there, and was able to confirm the existence if the other print within that mine.
it had been damaged by blast-hole driving, and was little mentioned, though it was indeed there. he was sometimes in this cut he said, and got to take a good look at it. He says that he was surprised, but is also, somewhat afraid to admit that these “objects” are of artificial origin.
We on the other hand are excited by such a premise, and will keep you posted any further developments regarding the mine.