Are you ready? Get your tinfoil hats on people, it’s time for another edition of conspiracy theories.
That’s no moon… It’s a space station! A Bizarre “rectangular moon” sighting has sparked countless conspiracy theories among people who are trying to figure out how this is possible? 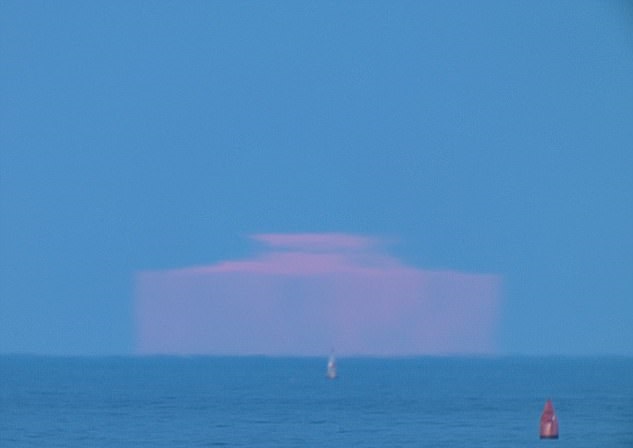 The oddly shaped moon was photographed by Skywatcher John Stetson. Image Credit
The incredible image shows a bizarre atmospheric phenomenon that made Earth’s faithful companion, the moon, appear rectangular-shaped to the amazement of many readers who rushed to the internet searching for an explanation.
The truth is that it’s not an alien invasion, nor is the moon an alien projection. What an amateur astronomer actually witnessed—a rectangular moon—was caused by a mix of cold and warm air sparks which eventually made the moon look a bit silly, sparking countless conspiracy theories.

The image was snapped by Casco Bay in Maine by Skywatcher John Stetson after he and fellow members of the Southern Maine Community College astronomy club decided to observe the moonrise from Dyer Point in Cape Elizabeth.
What actually happened in this image has a normal explanation: Our planet’s atmosphere—which acts as a lens—managed to distort the color and shape of the moon as it was rising above the sea.

The group of skywatchers reported that the moon first appareled as a weird-looking pink rectangle which ‘shape-shifted’ as it emerged just above the sea.
In an interview with SpaceWeather.com, Stetson said that: “The rising moon looked like an iceberg, faint and shaped like a giant block of ice.”
What some misinterpreted as evidence of an “alien projected moon’, or other conspiracies is in fact the result of cold sea air joining with layers of warm air above it.
Perfectly explainable—yet awesome—sighting

Under normal conditions, as it turns out, warm air is located below colder air as the sun’s rays warm Earth’s surface causing it to radiate upward. However, offshore, cold air cools the atmosphere located below it which eventually joins with warmer currents located at higher altitude. The oddly shaped moon is a result of a temperature inversion which can produce stunning yet weird shapes, explains the Daily Mail.
Atmospheric optics expert Les Cowley explains:
“John says ‘the Moon looked like an iceberg.’
That’s appropriate because this mirage is a result of cold water. The cold sea offshore of Maine cooled the air above it.
Above that was warmer air – a temperature inversion and the stuff of mock-mirages. The Moon’s rays passing through it bend and twist into several moon images, some upright some inverted. They combine together into the rectangular ‘iceberg.'”
But not everyone seems overly convinced that that’s the case.
Several users decided to comment the image posting their own images of oddly shaped formations and other ‘unexplainable atmospheric conditions’.
One user wrote on Facebook: “I don’t believe that explanation at all.”
“Too many others witnessing and getting bizarre phenomenon’s cropping up all over.”
While another one wrote: “If you believe this story then they have primed you for more brain washing reprogramming.”
Interestingly, Mr. Stetson has managed to snap quite a few interesting images like the one below, in 2016. 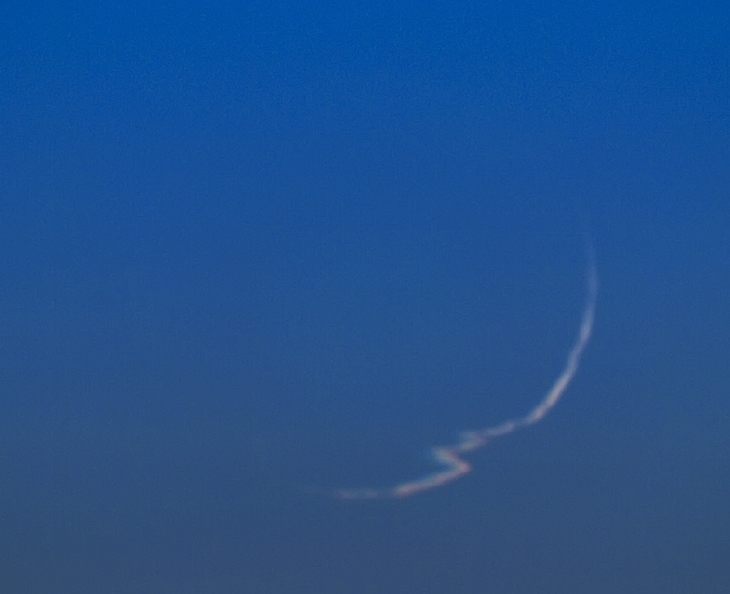