OUT OF MIND » CHANGING ENVIRONMENT & NATURE » ATMOSPHERIC CHANGES » Strange Glowing Light in the sky changes its colors before fading away over Floresville, Texas

Strange Glowing Light in the sky changes its colors before fading away over Floresville, Texas

Strange Glowing Light in the sky changes its colors before fading away over Floresville, Texas Thu Jul 13, 2017 7:37 am

Strange Glowing Light in the sky changes its colors before fading away over Floresville, Texas

A couple headed towards Floresville on Hwy 97 near 1784 on July 11, 2017. They were deep in conversation when the passenger glanced towards the sky and saw a strange glowing light between the cloud formations. 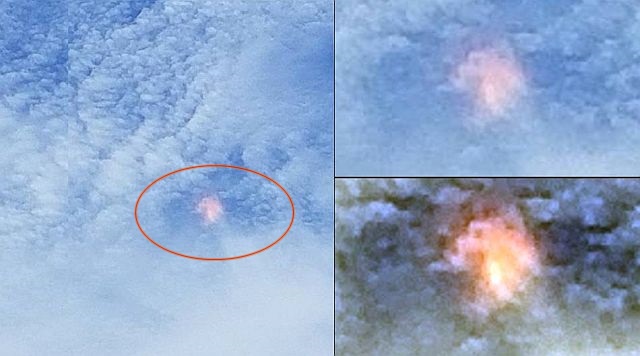 The passenger describes the light as follows: Raymond was driving and when I glanced towards the sky, which I have a habit of doing, that’s when I saw the light.

Raymond looked and he saw the light too. We watched it for about 5 miles.

It was a brilliant fluorescent green when we first noticed it. Then it started changing colors. First the light changed to a bluish color, yellow, then a red orange and then finally a deep orange red color.

It looked as if that part of the sky was on fire. The light slowly began to fade from the left side to the right. After the light faded, we continued looking towards the cloud to see if anything came out, but nothing did.

At first, I was nervous because I hadn't seen anything like that before but then we became very interested in learning what it is. We are UFO enthusiasts and frequently stargaze looking for our universal neighbors. Mufon case 85035. 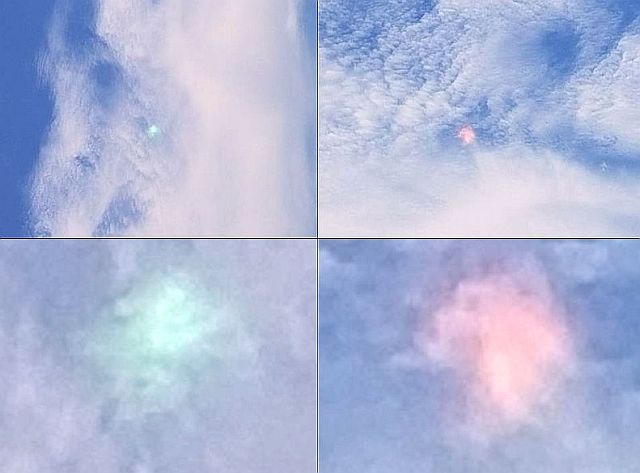 Editor’s note: As the couple noticed and saw the light phenomenon for about 5 miles before they took images of the object we can rule out that it is lens flare. Could it be the sun? To me, it seems unlikely; have you ever seen a green sun?

I don’t think it has anything to do with UFOs or paranormal activities it looks more like a so-called earthquake light, which is an unusual luminous aerial phenomenon that reportedly appears in the sky before or after earthquakes and could provide an early warning sign of a potential earthquake.

OUT OF MIND » CHANGING ENVIRONMENT & NATURE » ATMOSPHERIC CHANGES » Strange Glowing Light in the sky changes its colors before fading away over Floresville, Texas