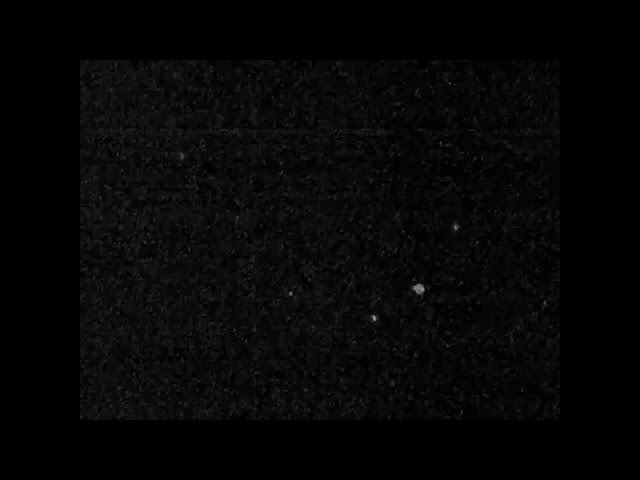 Published on Jul 12, 2017
Unedited witness statement: Incredible video footage of a military jet chasing a UFO (yeah, that's right, chasing one) right over our heads while out at the infamous Giant Rock in Landers while at this year's Contact in the Desert (CITD) conference in Joshua Tree Calif. I, Melinda Leslie, was leading my Sunday night, May 21st, Sky Watch with Night Vision Goggle Intensive out at Giant Rock on the 3rd night of viewing events for CITD. Luckily one of my participants, Graham Slater, caught this and many of our other sightings (from all 3 nights no less), with his black and white night vision video camera. His additional footage of some of the other incrdible sightings will be posted at a future date once they are compiled. Here's a description of the jet chase sighting: At just before 10:00 p.m. (did not note exact time) some of my participants and I saw a large amber colored light low to the horizon just behind Giant Rock from where my whole group of about 50 plus people were gathered and using 15 pair of night vision goggles. A contigenecy of about 20 of us ran to get a better view of it. To the naked eye it appeared to be a large orangish (amber) light, that quoting some of the 20 people; "flew like a bumble bee". One guest, [name removed/CMS/jpg], came running with a pair of the goggles in hand and got a good look at it. She said that through the goggles it looked like "a large diamond shaped UFO." She drew a picture of it attached here. This object then flew behind a small hill right behind the entire Sky Watch larger group. As those of us who ran off walked back to join the others, 3 military jets flew over in the direction of the object now gone from sight behind the hill. Some of us commented that "if" "they" were following it, meaning the jets, they were a few minutes too late. Just then we heard the sound of a low flying jet from behind the hill, and suddenly clearing the top of the hill and right over our heads, came a very fast military jet chasing a faster large red glowing light. The military jet had both red and white blinking strobe lights and glowing afterburners and was VERY loud as it flew directly above our heads. The large red light had NO blinking lights and NO sound at all! It became clear to all 50 plus witnesses, this was NO jet!!! Those folks present who looked with the aid of the goggles said they were seeing either 2 lights, or one object with 2 light sources on it. After extensive review of the footage, I am nearly certain it shows 2 UFOs (fast moving lights), flying in perfect locked tandem with one another. It appears you can see stars between them in the background suggesting that these are 2 seperate objects. As is usually the case, this footage while incredible, does not do the sighting justice. The video is in black and white night vision, not full-color naked-eye vision, and does not have any sound, so you are unable to hear the palatable excitement of 50 plus witnesses screaming and cheering.

Witness Media Release Agreement to show this video is on file with the Mutual UFO Network (MUFON).

Published on Jul 12, 2017
This is a very rare event and can last for over a minute. Close-ups reveal several craft type ufos either jumping or de-cloaking. Most of the time you will see nothing on the ISS HD Camera. These followed the STREAK featured in my previous video.
My opinion is that to traverse quickly through space, you would need craft like these as space is so vast and these things are way beyond our level of understanding, perhaps millions of years ahead. SC1
Music by http://incompetech.com/music/ 
two orbs that appear and then streak off...

Huntingdon, Tennessee - 04-18-17 - I was driving north on South Veterans Drive and my radar started going off. So I held my phone to my left at an apartment complex to see if I could figure out where the cop was hiding.

Well I was shocked upon review of the footage that there was no cop and there were two orbs that appear and then streak off to the left or approximately south.

The video sequence with the two objects is short-lived, but clear. We have done a second view slowed down and enhanced to create a better view.