On July 8, 2017 a drone enthusiast who was flying his drone above Heaton Park in Manchester, UK caught some strange white Orbs moving at high speed around the park. 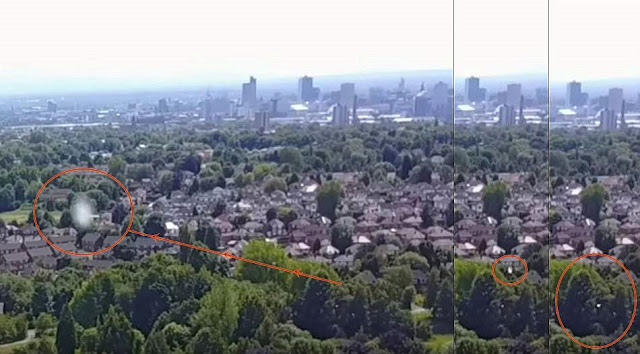 He filmed various parts of the park but the orbs are only on the one short bit of footage that shows a number of white orbs emerging from a tree.

The drone enthusiast still don't has a clue what the shapes are, but maybe these white spheres are so-called tree spirits?

According to ancient folklore these tree spirits are benign and they live in the trees as long as the tree does. Only when they are very disturbed by something or for example people cut down the tree then they leave the tree.

Given these orbs flying through the air at high speed I have the idea that he has filmed something extraordinary.

The video shows the event in normal speed and slow motion.