Published on Jul 20, 2017
Part of the responsibility I took on when deciding to share this information with my family, was to make sure that any and all decisions they make relating to it, they make at least partially informed

I personally have no problem with either of them. Have only spoke with Heather and while the conversation with her was nice and encouraging, the lack of results or behavior towards 'unauthorized' transactions.
Basically, I would need more than someone's storyline to believe that they were point-man for the separation and automation of the trust accounts.
To claim to have been under the tutelage of Rothschild himself, leaves a bad taste in my mouth, truth or lie

If you're interested in more rules here's the bank I mentioned;
http://heirshipbank.weebly.com/terms-...

For all you Harvey Dent fans - have a good listen at 5:18 of this video.

Quoting: "There is no such thing as criminal charges in finance."  Oh my Harvey - have you not heard of wire fraud or internet fraud or uttering a fictitious obligation? Never heard of mail fraud?

Are you really that stupid? Maybe you are not presenting yourself as what you truly are.

Yesterday Amazon, CITIBANK, PAYPAL and others were informed that the TDA's

would be available/open, which is why Amazon told all to re-process their prior purchases CITIBANK was told by a Treasury representative/agent that the accounts would be accessible Wed-Thurs, this on a 3 way call between citi,

a citi customer and the agent. There were many such inquiries and calls with

Treasury agents, all callers were given the same or similar answers, Wed-Thurs the accounts will be "open"


HSBC was expecting the USN announcement, which we all know will be the
new currency for the Republic, since they can not and will not use a fiat currency

NO ANNOUNCEMENT was made, no release.

Today, all TDA transactions are blocked, stopped, reversed and many accounts again closed or "on-hold"

Amazon, Paypal, CitiBank and other companies/vendors AND the AMERICAN
PUBLIC have a right to be very upset/angry and generally ticked-off at this bureaucratic cluster-flop.

WE ASK YOU, TREASURY, WHO is in charge, who is responsible, WHO IS ACCOUNTABLE?????

1. Today July 19 Amazon orders that were via the TDA were reversed, some, not all, then Amazon froze the accounts. Then, Amazon un-froze the accounts and invited everyone to re-do their orders and even provided the customers with a list of the items ordered.

2. Today July 19 people were purchasing Treasury Savings Bonds via the TDA and having the orders confirmed. (1st hand reposts, some in the millions)

3. Today July 19 PAYPAL management was asking the US Treasury what process they could use to transact all the requests they've received.

4. Today July 19 the US Treasury was quietly saying that the funds in the TDA accounts was, get this, NESARA money.

6. Today July 19 multiple banks were reporting that systems were down.

7. Today July 19 government sources were laughing at the idea of the Senators going en masse to the White House to discuss "health care."

8. All this while today July 19 HSBC (Hong Kong) was advising everyone to expect "something" around 12 midnight EDT. 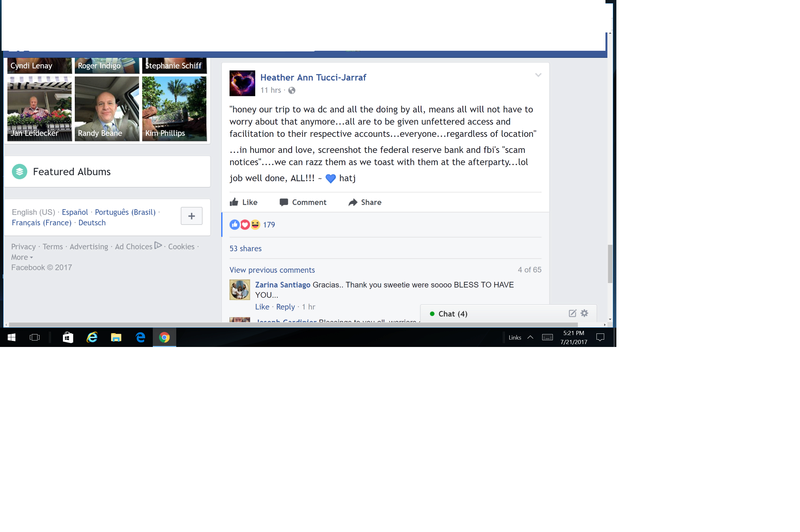 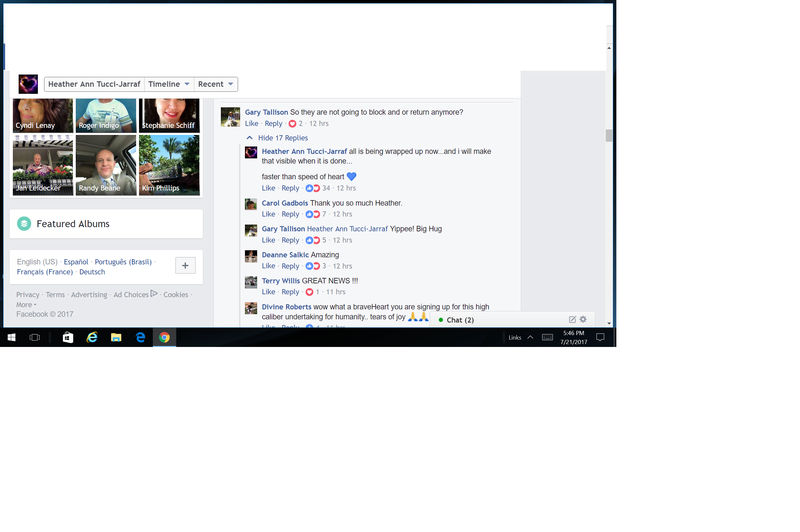 thanks for joining and commenting!


Here you go! Zorra has got to get into the TDA scam. LOL Yes don't forget to wear your headbands nice and tight!!!

I've been following the posts on using TDA accounts to settle bills with half an eye. It only appeared to apply to the US, yet the premise it was based on is the same as the world over, on that our expected working energy capital is hijacked from the point at which our parents are fooled into signing us over at birth.

Additionally, intuitively my heart was telling me to wait for the RV exchanges to happen.

For anyone outside the US though thinking they'd like to be using their value in the same way, it's looking like it may be possible too.

Yesterday in a Facebook group I'm a member of, to do with sovereignty, this has started to come up, and someone shared how we in the UK could input our NI numbers (UK equivalent to SS numbers) into the GMEI search function https://www.gmeiutility.org/search.jsp
to see whether our birth certificates were being traded. I had a look at mine, and got over 48 thousand hits.

Apparently there are YouTube videos available related to the UK, although these hadn't been shared, and so I would imagine there are others too for other countries. If this is interesting to you, then get searching.

As others have said, I'm just putting this out there in case anyone is interested, but have no idea whether this is advisable or not. Although from reading the most recent posts here on IDC, it seems to be leaning now towards legitimacy.

Have a lovely day!!!

we in the UK could input our NI numbers (UK equivalent to SS numbers) into the GMEI search function https://www.gmeiutility.org/search.jsp

to see whether our birth certificates were being traded. I had a look at mine, and got over 48 thousand hits.

Entered a small number of NI's into this ..... and guess what?

No results on any of them at all

inteldinarchronicles is full of crap

» Drake Vital Weekend Updates Notes 08/26/2012
» INTEL UPDATES:REPUBLIC – ANNOUNCEMENT SCHEDULED FOR THIS WEEKEND----TO BE FOLLOWED BY GLOBAL RESET ANNOUNCEMENT AND RV. SHALL BE SHOWN ON EMERGENCY BROADCAST NETWORK WHICH PREEMPTS ALL STATIONS. IT BE SEEN ON ALL TV CHANNELS BY LAW
» Latest RV Updates Posted At RV -- REPUBLIC RUMORS UPDATES
» “EXCITING LATEST UPDATES” At RV -- REPUBLIC RUMORS UPDATES
» "ANNOUNCEMENT PENDING AND RV FOR TIER 3 ON MONDAY APRIL 15. PUBLIC CAN EXCHANGE IN BANKS/CURRENCY DEALERS THROUGHOUT THE COUNTRY."