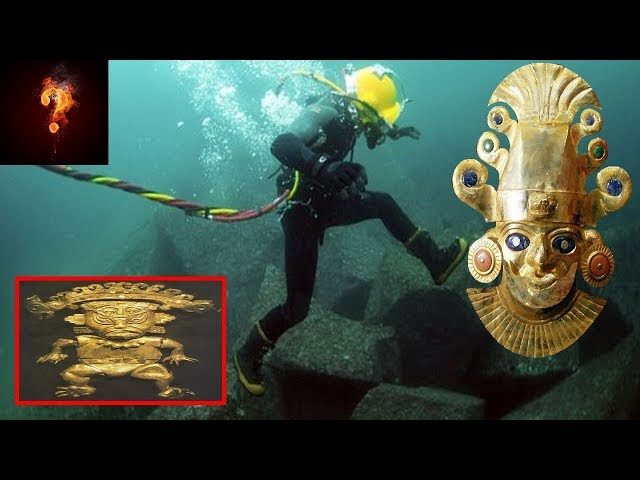 Published on Jul 30, 2017
Lake Titicaca, this familiar named lake is located deep within the Andes.
Now sliced in two by the borders of Bolivia and Peru, it is not only the largest lake in South America, but it is also undoubtedly, the most important historically that can be found anywhere on Earth.
Many tales have surfaced over the years involving submerged citadels, mountains of golden relics, and vast ancient ruins scattered across the lake bed.
Stories of amateur archaeologists becoming very wealthy from astonishing, yet not publicly disclosed discoveries, which lay beneath the waves.
“We found 2,000 objects and fragments,” declared Christophe Delaere, a Belgian archaeologist at a ceremony in La Paz.
According to Christophe, divers from his team found the objects more than 7 meters underwater off the coast of the Island of the Sun. these included 31 large golden relics.
Archaeologists think these discoveries are just the beginning of something far greater, and for good reason…
As time goes on, claims made a long time ago begin to appear more and more likely…
According to Colonel John Blashford-Snells , a notorious explorer, his extensive explorations of the lake, the surrounding ancient culture, and his resulting research, the ancient city of Tiwanaku, very near the Lakes shores, copied their original building knowledge from scientists of the mysterious, and legendary lost city of ‘Atlantis’.
Interestingly, ancient Incan legend also corroborates his conclusions, stating that the mythical founders of their amazing empire, did indeed once emerge from the lake’s waters.
The lake was considered the centre of the cosmos by the Incan people, and they also somehow knewt its shape, something we have only been able to achieve from a very high altitude.
Ancient Inca legends tell that after a Great Flood, the creator god Viracocha emerged from Lake Titicaca.
It states that, “He created”, though this more than likely means that they believe, he restored,, the Sun, Moon and stars.
Viracocha was fair-skinned and long bearded, he brought a great culture to the ancient peoples of South America.
The 16th century Spanish chronicler, Pedro Sarmiento de Gamboa, recorded in his Historia de los, the Incas a tale about Manco Capac the first Inca.
According to Inca mythology, the Inca are the direct descendants of a mythical first Inca, named Manco Capac, who emerged from one of the three openings in the mountain Tambotoco, located 33 km to the south of Cuzco, Peru.
Manco Capac is said to have created the Incan civilization through varacocha.
Even though his figure is mentioned in several chronicles, his actual existence remains unclear...
Could this original and possibly vast ancient culture still be resting upon the bottom of lake Titicaca, did something catastrophic occur in our very distant past which filled this lake, once a large fertile valley, filled with what we have all become familiar as the lost city of Atlantis?
It seems only time will tell.