OUT OF MIND » THE INSANITY OF REALITY » WIKILEAKS & JULIAN ASSANGE » Roger Stone: Seth Rich Was Partying with Imran Awan on the Night of His Murder

Roger Stone: Seth Rich Was Partying with Imran Awan on the Night of His Murder

Roger Stone: Seth Rich Was Partying with Imran Awan on the Night of His Murder 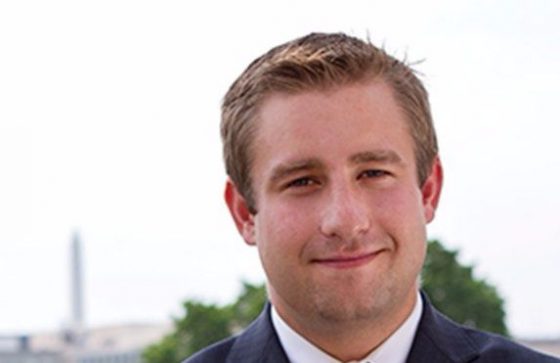 According to Trump confidante Roger Stone, disgraced Debbie Wasserman Schultz aide Imran Awan was with former DNC staffer Seth Rich on the night of his murder.

Rich was murdered in an upscale area of Washington DC on July 10 last year but the killer or killers did not steal anything from the victim, rendering the police’s explanation that the incident was a robbery gone wrong doubtful.

Infowars reported on the questions surrounding Seth Rich’s murder multiple times back in August last year, including how there was around an hour and a half of “unaccounted for” time between Rich leaving a bar and being killed.

Brad Bauman, a crisis communications manager for the Democratic Party, was hired by Rich’s family to act as their spokesman.

Bauman’s first action was to insist that people stop questioning the unsolved circumstances behind Rich’s murder.

“FACT – Wasserman-Schulz “IT consultant” Awan was partying with Seth Rich the night of his murder ! Eat it @TheAtlantic !” Stone tweeted.

Awan reportedly possessed the password to DNC Chair Debbie Wasserman Schultz’s iPad when the DNC emails were leaked to Wikileaks.

Despite the mainstream media continually insisting – with no evidence – that Russia was responsible for the DNC leak – Julian Assange appeared to indicate that the source was Seth Rich during an appearance on Dutch television.

Hard drives recovered from Awan’s home were found to be smashed up with a hammer. Wasserman Schultz later threatened the chief of the U.S. Capitol Police with “consequences” for holding equipment related to the investigation into Awan.

Awan, who got paid 3 times the average Congressional I.T. employee salary, was arrested at Dulles airport after wiring $300,000 to Pakistan and attempting to flee the country.

According to Lt. Col. Anthony Shaffer, Awan was working with and wiring money to the Muslim Brotherhood, a Sunni Islamist organization that is allied with terrorist groups and advocates Shariah law.

Meanwhile in a related development, a lawsuit filed against Fox News by Rod Wheeler claims that, “The Fox News Channel and a wealthy supporter of President Trump worked in concert under the watchful eye of the White House to concoct a story” about the murder of Seth Rich.
_________________________
Stillness in the Storm Editor's note: Did you find a spelling error or grammar mistake? Do you think this article needs a correction or update? Or do you just have some feedback? Send us an email at sitsshow@gmail.com with the error, headline and url. Thank you for reading.
_______

OUT OF MIND » THE INSANITY OF REALITY » WIKILEAKS & JULIAN ASSANGE » Roger Stone: Seth Rich Was Partying with Imran Awan on the Night of His Murder