OUT OF MIND » TRUTH IN CONSPIRACY THEORIES? » HISTORIES MYSTERIES » The Great Historical Cover-Up 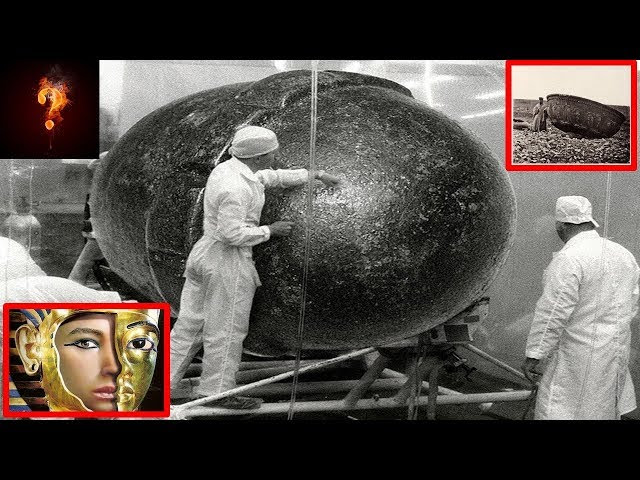 Published on Aug 4, 2017
As one would come to realise, while traversing such fields of research as we do, you will inevitably come face to face with a worthy adversary.
That foe, of course, is modern paradigm.
Often scoffed at when discussing the possible existence of a highly trained, highly secret group of worldwide individuals, who are tasked with the protection of a profitable lie.
Often labelled a conspiracy theorist due to the vast array of missing evidence and stolen relics. Yet alas, regardless of this, we feel it is our duty to vindicate all those who have suffere, for doing nothing more than tell the truth.
Many thanks to will hart over at nexus magazine in Spain for his exhaustive research.
Let’s start with a familiar friend, The great sphinx.
In 1993, NBC aired a show titled, The Mysteries of the Sphinx, during the show, geological evidence was shown which indicated that the Sphinx was vastly older than Egyptologists currently claim.
This evidence, has subsequently become popularly known as the "water erosion controversy".
The Self-taught Egyptologist John Anthony West, first brought the evidence to the attention of geologist Dr Robert Schoch.
Now, after thoroughly studying the Sphinx first hand, numerous geologists share West's conclusions, and many have announced their findings to the world…
Dr Zahi Hawass, along with the Egyptian antiquities, have launched a barrage of public criticism at this new evidence.
Renowned Egyptologist Dr Mark Lehner, who is regarded as the world's foremost expert on the Sphinx, also joined this attack.
Publicly declaring West and Schoch as "ignorant and insensitive".
The smear campaign was ultimately a success, and squashed any further exploration of the theory.
This, regardless of the overwhelming evidence supporting their claims.
And this intellectual “mudslinging” is unfortunately, quite common.
The case of author Michael Cremo, could be seen as a well-documented example of this, and it also exposes just how the scientific establishment, openly uses pressure tactics on the media and government to stifle historical truths.
In Michaels book, Forbidden Archaeology, he examines many artefacts that prove modern man's antiquity, far exceeds the age currently accepted by academia.
In 1996, when NBC broadcasted a special programme called The Mysterious Origins of Man, they covered material from Cremo's book.
The reaction from the scientific community could be seen as verging on ridiculous.
NBC was deluged with letters from furious scientists and others within certain fields, who all called the producer "a fraud" and the whole program "a hoax".
Even attempting to force NBC to not rebroadcast the popular program ever again.
They went to the tremendous effort of presenting a case to the federal government, requesting that the Federal Communications Commission step in and bar NBC from airing the program again.

This was not only an apparent infringement of free speech and a blatant attempt to thwart commerce, but up until that point, it was an unprecedented effort to censor intellectual discourse.
During the 1970’s, Dr Virginia Steen-McIntyre would also feel the cold hands of the conspiracy, a geologist working for the US Geological Survey, she was dispatched to an archaeological site in Mexico, with the task of dating a group of artefacts
This particular case, again, perfectly illustrates just how far this illusive establishment, is willing to go to guard orthodox tenets.
McIntyre used state-of-the-art equipment to date the relics, but her results were off the charts.
The lead archaeologist expected a date of 25,000 years or less, yet she found dates of 250,000 years or more on multiple occasions.
A dating of 25,000 years, is conveniently critical to the Bering Strait crossing theory.
Once her results were realised, the head archaeologists decided to dispose of Steen-McIntyre's results, subsequently asking for a new series of dating tests.
Steen-McIntyre was given a chance to retract her conclusions, but she graciously refused.
She has since found it hard to get her papers published, and she also lost a teaching job at an American university.
These sorts of scenarios from these particular types of people, is what drives us to expose the truth.
No one should lose their career because they do are doing it correctly.
Unfortunately however, unless there is a dramatic shift within our own society, stories such as these are likely to continue.

OUT OF MIND » TRUTH IN CONSPIRACY THEORIES? » HISTORIES MYSTERIES » The Great Historical Cover-Up