The Hoia-Baciu forest is a fascinating place. Once you cross its boundaries, you find yourself immersed in a world of magic that truly captivates your mind. Although it lays a few kilometers away from the city of Cluj-Napoca, the heart of Transylvania, it still holds a wild, untamed spirit, which reminds us of the importance that nature holds in our lives. 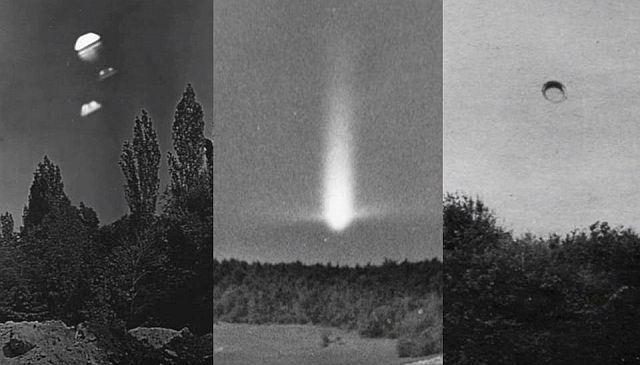 Locals nearby are familiar with the strange energies contained inside. The phenomena manifested there, beyond their power of understanding, prompted them not to ask reckless questions.

Because of fear, the forest remained, for a long period of time, shrouded in mystery. The place itself is a mythical source of lore and legends.

Reports have included, ghost sightings, unexplained apparitions, guardian angels and faces appearing in photographs that were not visible with the naked eye. You can view these amazing photographs in a video presentation which we have posted in our 2014 article: Hoia Baciu Forest - The Bermuda Triangle of Sransylvania.

In the forest there is a magnetic area 300 meters wide and electronic devices are known to malfunction when introduced into the area.

Tests with measurement devices have revealed electromagnetic interference, magnetic anomalies and microwaves, infrared and radioactive emissions all in the abnormal range have led to the assumption that the forest is a gateway to another dimension.

According to paranormal investigators this energy field was created about 55,000 years ago by beings from another world to allow them not only to travel via teleportation from another dimension to planet earth but also to travel to every place on earth without the use of a craft.

This magnetic area is probably also a beacon for UFOs as from 1968, UFO sightings were reported and the last reported UFO was filmed over Baciu Forest in 2002 by two Cluj residents who lived on the top floor of a building on the outskirts of the neighborhood Manastur. The UFO was caught on film for 27 seconds and was described as a cigar-shaped bright object in the sky with a length of about 50 meters.

In this episode Paul Dadrian, a Romanian investigator explores some of the most important unsolved UFO cases which have occurred in the Hoia-Baciu forest.