The Hidden Truth Of The Elongated Skull 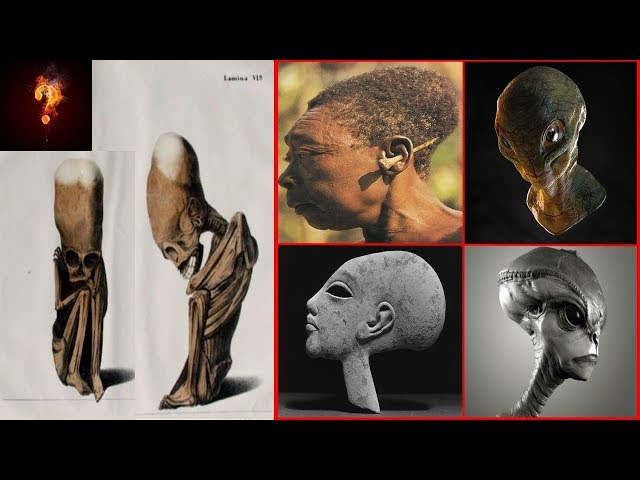 Published on Aug 8, 2017
Many people believe that the elongated skulls discovered throughout the world, are easily explained as being the result of head binding practices.
However, regardless of what the majority assume, this simply is not the case.
Not only are there many skulls which display no evidence of past head binding, but there are far more compelling and perplexing examples, which, it seems mainstream academics have become rather versed in the technique of avoiding having to explain.
Remains which may indicate where these past practices originated from, the root of inspiration, for many ancient tribes found around the world.
A highly intelligent, mysterious group of ancient beings, who these tribal copycats may have been attempting to replicate. Practicing head binding techniques in an attempt to gain their highly advanced levels of intelligence.
Within present day Peru, numerous astonishing archaeological discoveries have been reported over the years.
Although rumours of a conspiracy to conceal, surrounds many of these discoveries, our next exhibits have fortunately made it to officially recorded status and have subsequently been archived.
These remains are clear evidence that such skulls already had an elongated shape within utero, dispelling the myth that all such skulls can be explained away by tribal practices.
Moreover, a rather unfortunate reality to realise, is that this evidence of genetic characteristic, has been widely known within the academic communities for over 160 years.
Rivero and Tschudi within the Peruvian Antiquities 1851, argued, due to this compounding evidence, that the protagonists of the artificial cranial deformation hypothesis are clearly mistaken.
Since such proponents had only considered the skulls of adults, it becomes evident that a practice of concealment has continued to this day.
Peer reviewed papers, largely distributed and published in numerous academic sources, are not only deliberately incomplete studies, due to the absence of these proofs, within their conclusions, but clearly demonstrate a deliberate ignorance of the reality these skulls represent.
In other words, the hypothesis fails to take into account the skulls of infants and, most importantly foetuses, which could have, for many years now, demonstrated to all, the truth surrounding the worlds elongated skulls.
The same proof is to be found in other mummies from different locations also, a particularly good example can be found, though with some difficulty, within the museum of Lima, currently under the direction of Don M. E. de Rivero.
The evidence of elongated skulls present in foetuses and children, has led to such characters as Rivero and Tschudi, Bellamy, Graves among many others, to conclude that these skulls belonged to an extinct race of people, a race who left their legacy of advanced influences upon the native population, was this the origins for the practice of artificial cranial deformation?
We find the evidence to be highly compelling.