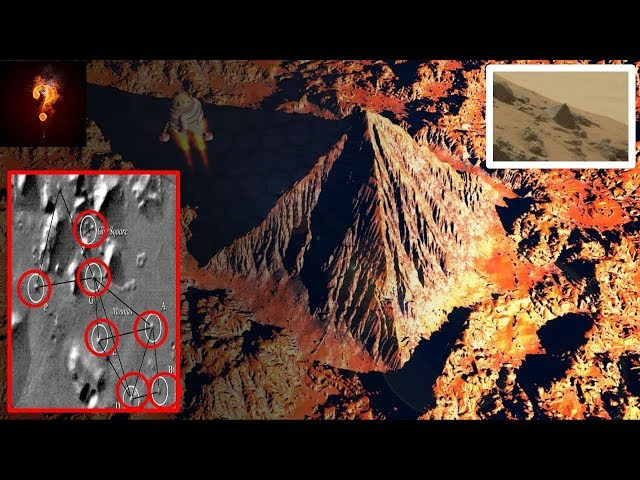 Published on Aug 14, 2017
Although through a process of “Pavlovian conditioning,” the harnessing of ferocious peer pressured conformity, as force for rejecting such claims that a past civilisation once inhabited mars, or indeed mars as being the origins of life on earth…
It is a theory held in high regard by countless great minded professionals within astro-biological fields.
This strong scientific interest is often due to the planet's proximity and indeed its many similarities with Earth.
However, to date, no proof has ever been publicly disclosed of past or present life on Mars.
This however does not mean that they have not found it…
We here at mystery history, have a far more accurate understanding of the processes of concealment, and indeed the specific motivation behind such conspiracies than most.
We often realise the thinking behind the concealment of certain past events, motives which far outweigh the financial gain one could expect from knowing that which others do not.
Through our extensive research into artefacts which push our timeline here on earth back several hundred million years, we have come to realise that the majority of people, unfortunately, are content with a lie, a lie in replacement of a terrifying truth.
Numerous studies have revealed that human nature is, in part, formed by a supposedly unknown past trauma, or possibly several.
It seems we have lived through an event, which we could not comfortably deal with on a phycological level.
The syndrome has become known as “planet amnesia” and numerous highly compelling studies have demonstrated a strong argument for its existence.
It seems we also have characteristics isolated by numerous talented individuals, which demonstrate our anatomical structure was not built for earth, suggesting we were built for an entirely different gravitational field, specifically a lower gravity, one like mars has.
Many other ailments we suffer, some believe, demonstrate that we were not originally native to earth.
Scientific searches for evidence of life began in the 19th century, and they continue to this day via telescopic investigations and landed missions.
However, it is imperative while searching for the truth, to be vigilante of concerted efforts to conceal it.
Or the creation of distractive conspiracy, funded hostilities, and attacks directed towards possible hypothesis.
During the first days of serious exploration, regarding the posit that civilisation began on mars, allot of people were indeed searching for the ruins of such anomalies.
Modern scientific inquiry on the other hand, merely mocks such opinion. heavily emphasizing the search for water, chemical biosignatures in the soil and rocks at the planet's surface.
Did the realisation of intricacies surrounding such a theory being true, stonewall further public study?
It does appear to be the motive for concealment which we have experienced many times before.
Have ruins been discovered, and subsequently covered up due to a wanting to hide a past catastrophic event?
An event which took our species back to the stone age?
As the trickle of truth inevitably turns into a river, maybe, one-day, we will finally know for sure.