While watching Fox News on August 14, 2017 a resident of Rolling Meadows, IL witnessed and recorded an Unidentified Flying Object that flew in front of the Capitol Building in Washington. 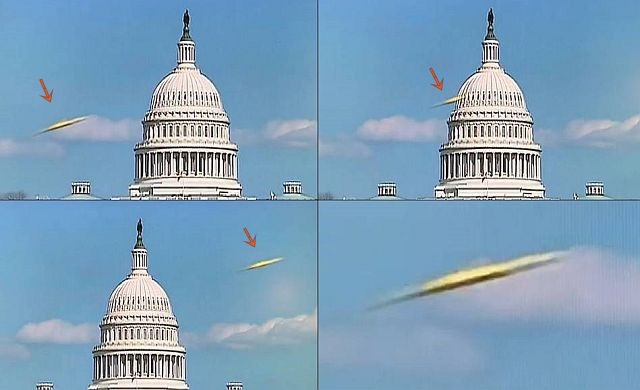 The yellow colored UFO suddenly appears on the left side of the screen, passes at high speed the Capitol Building before it disappears from the screen. 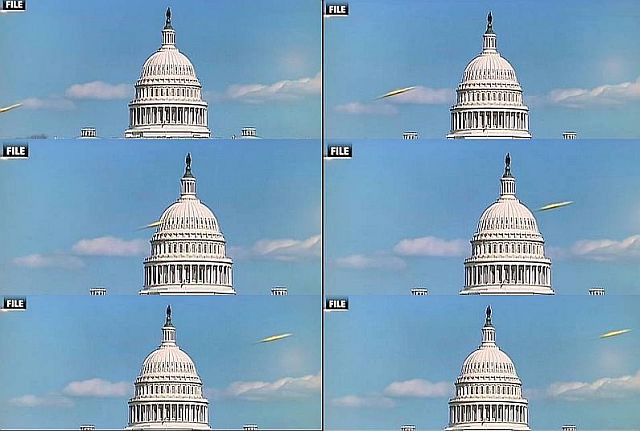 Why was this UFO not detected if you know that the airspace around America’s Capitol is not only one of the most flight restricted areas in the world but also guarded by Norwegian surface-to-air missiles.

After watching the short video I got the feeling that fox news has accidentally broadcast this UFO event. The UFO can be seen at the end of the video.

A strange UFO object has been discovered in a photo taken of a rock formation near Shingletown, California. Interestingly, the object is similar to a UFO object which has been photographed by passenger on the Durango/Silverton train in Colorado, see third image below. 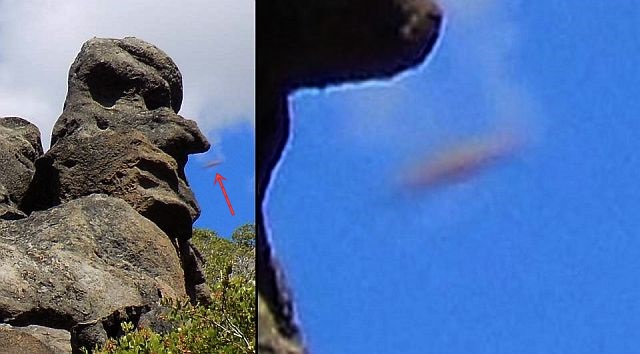 Witness states: A guy I was dating had taken me out for a jeep ride around the back forest roads of Lassen National Volcanic Park, outside of Shingletown, California.

I noticed a rock formation that had a face that looked very much like a classic hook-nosed witch.

I couldn't get a very good photo due to the distance away with my phone's camera, so he returned the next day with his DSLR to photograph the formation for me (to which I had given the name "Witch Rock").

He took several photos of the formation, and I noticed in one of them, there is a colorful object just below the witch's nose. 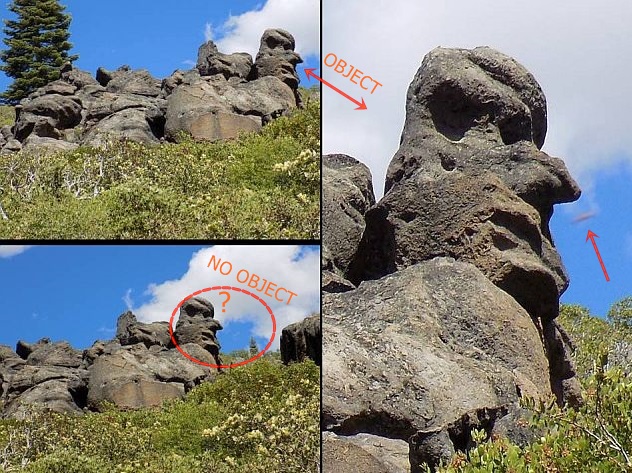 Interestingly, several photos were taken in quick succession, but only this one photo shows the object.

Zooming in on it, it appears to be a cigar-shaped shape, casting a shadow on its underside. 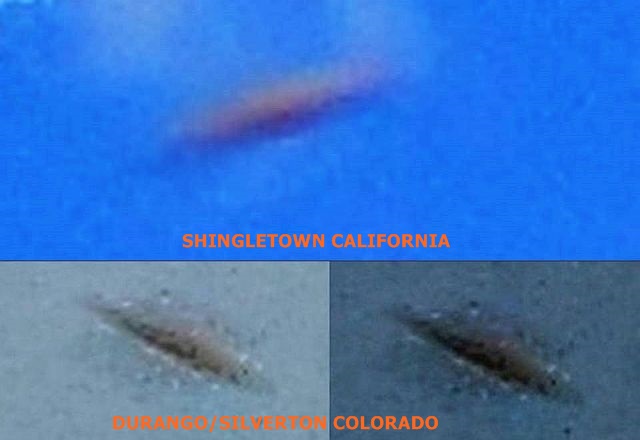 It must have been moving faster than the eye can see, because my friend observed nothing in person. The fact that it stands out grey against the white clouds behind it says it was somewhat near. The images were submitted to the Mutual UFO Network (MUFON case file).

» Why Were Emergency Vehicles At The US Capitol Building Feb 2, 2021?
» January 6 Capitol Riot Defendant Found Not Guilty After Testifying Police Let Him Into The Building
» New Videos Show Police Opened Capitol Building For Protesters: 'I Disagree With It But I Respect You...'
» UFO News ~ Massive UFO Flies Past The Sun 3 Times plus MORE
» UFO News - UFO Flies Past Plane in Spain plus MORE